Home » Science » This Fire-Loving Fungus Eats Charcoal, if It Must

Some of the fungi sprout in fiery shades of orange and pink after wildfires, feasting on what was left behind by the burn.

Send any friend a story

As a subscriber, you have 10 gift articles to give each month. Anyone can read what you share. 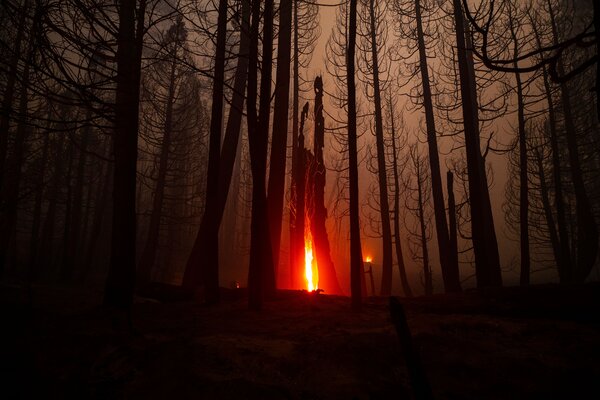 When a wildfire plows through a forest, life underground changes, too. Death comes for many microorganisms. But, like trees, some microbes are adapted to fire.

Certain fungi are known as pyrophilous, or “fire-loving.” After a fire, pyrophilous fungi “show up from nowhere, basically,” said Tom Bruns, a mycologist at the University of California, Berkeley, even in areas that haven’t burned for decades. Some sprout in fiery shades of orange and pink. “It’s a worldwide phenomenon, but we don’t really know much about them,” he said.

A new study, published last month in the journal Frontiers in Microbiology, aimed to uncover the food source that allows Pyronema, a genus of pyrophilous fungi, to appear so quickly in such big numbers after a fire. What they discovered is that the damage left by the fire itself may allow the fungi to thrive. That could affect how the ecosystem recovers, as well as how much carbon gets released into the atmosphere after wildfires.

During a severe wildfire, a lot of carbon in the top layer of soil goes into the atmosphere as carbon dioxide, while some of it stays put as charcoal, or what scientists call pyrolyzed organic matter. Slightly deeper in the soil, it’s less hot — but hot enough that any living microbes and insects exploded and died, said the study’s lead author, Monika Fischer, a postdoctoral scholar at the University of California, Berkeley.

So, is Pyronema just living off this layer of death? “Or can Pyronema actually eat charcoal?” Dr. Fischer said.