Commentators were quick to claim a UFO appeared in the background on live French TV broadcast this week, sparking a frenzy of discussion and conspiracy theories online. The strange sighting took place during an RT France news segment, when the French anchor interviewed Russian correspondent Vera Gaufman in Moscow. At the time, the two were discussing High Representative of the EU Josep Borrell’s recommendations to sanction the Kremlin after the expulsion of three European diplomats from Russia.

Behind Ms Gaufman, a bizarre object was spotted briefly flying across the screen before disappearing.

“The objects seem to be flying so close they are almost stacked one upon the other.”

JUST IN: SpaceX CEO Elon Musk on UFOs: ‘I’d know if there were aliens’ 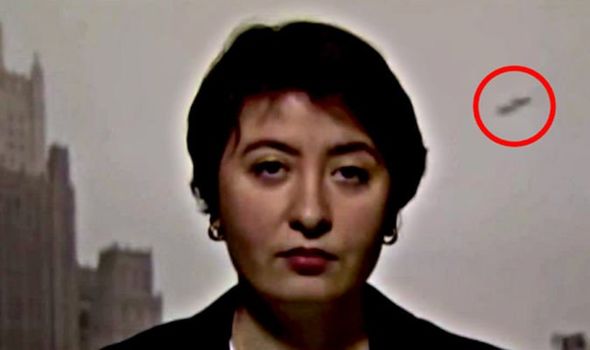 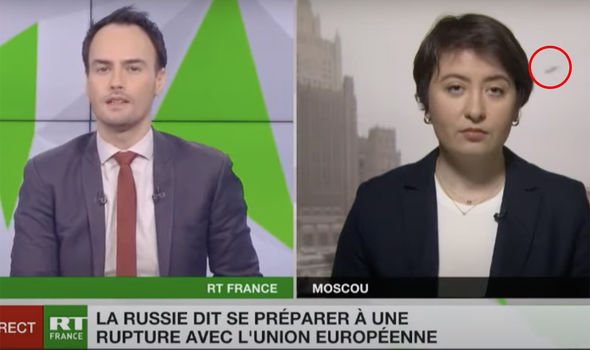 He continued: “They are moving incredibly fast and I put it into slow motion at the end of the video to see them better.

“Honestly, it looks like aliens are trying to show up on the news.”

He said it resembled another alleged sighting when “Obama was sworn in at the National Monument where CNN was broadcasting and they noticed an incredibly small and fast object shoot past behind them”.

Mr Waring added: “More and more newscasts are getting UFOs flying in the backgrounds, not by accident, but on purpose to expose the public to the truth slowly.

Florida: Mysterious 'UFO' object spotted in the sky near coast 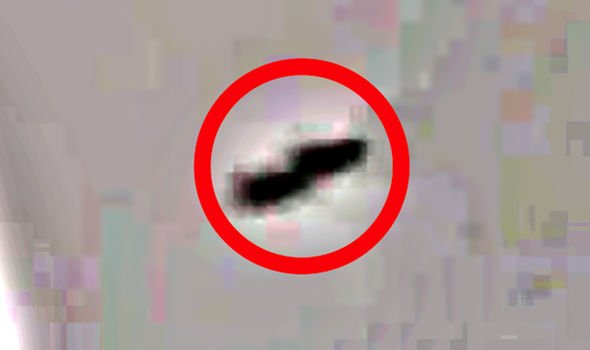 “It seems aliens are taking serious steps at getting caught in the news live broadcasts.”

Another UFO hunter, who runs the YouTube Channel Hidden Underbelly, added: “You can see this object fly right past her head and over to her left shoulder.

“This thing looks like it could be two objects, it could be a barbell. But I can’t make out what it is. It doesn’t look like a conventional drone.” 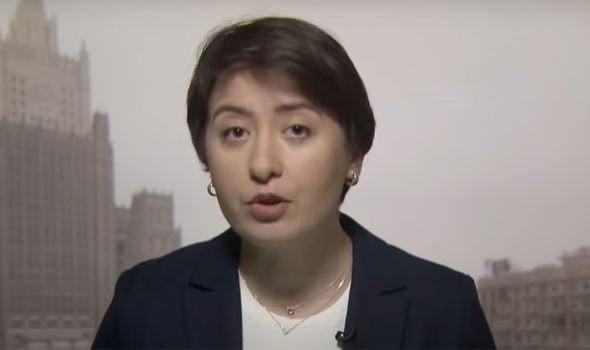 Viewers remarked that it travelled “about as fast as a fighter jet, but without the sonic boom”.

Another compared the shape of the object to a “flying rod”.

One person joked that it was a Russian secret weapon while one sceptic questioned whether the background was green screen.

Others suggested that it was simply two birds flying close together or a pair of jets.

One person wrote: “If it was an aircraft, where’s the sonic boom? At that speed, it would be impossible for an aircraft not to produce one.

“The fact that you see it continue on behind her lends credence to its speed and the fact that it wasn’t a bird.”