The land mass that became Antarctica once sat along the Equator. Over Earth’s history, several supercontinents have broken up and come back together like the Backstreet Boys.

Our current seven continents and five oceans are the result of more than 3 billion years of planetary evolution, the tectonic plates crisscrossing atop the semi-solid ooze of Earth’s core.

But charting the precise movements of those plates over all that time is challenging; existing models are often piecemeal, span only a few million years, or focus on just continental or oceanic changes, not both.

Now, for the first time, a group of geologists have offered up an easily digestible peek at 1 billion years of plate tectonic motion.

The geoscientists, from the University of Sydney, spent four years reconstructing how landmasses and oceans changed over the last billion years. As part of a recent study, they animated those changes into the short video below.

“These plates move at the speed fingernails grow, but when a billion years is condensed into 40 seconds, a mesmerizing dance is revealed,” Sabin Zahirovic, a University of Sydney geologist who co-authored the new study, said in a press release. 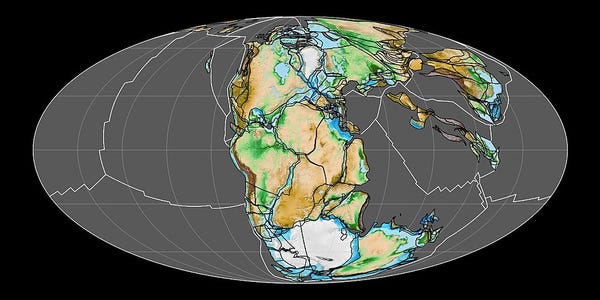 The Earth formed 4.4 billion years ago, and then it cooled down enough to form a solid crust with individual plates roughly 1.2 billion years after that.

Today, one can imagine the planet as a chocolate truffle — a viscous center ensconced in a hardened shell. The center consists of a 1,800-mile-thick, semi-solid mantle that encircles a super-hot core. The top layer — only about 21 miles thick — is the crust, which is fragmented into tectonic plates that fit together.

These plates surf atop the mantle, moving around as hotter, less dense material from deep within the Earth rises toward to the crust, and colder, denser material sinks towards the core.

Geologists can piece together a picture of which plates were where hundreds of millions of years ago by analyzing what’s known as paleomagnetic data. When lava at the junction of two tectonic plates cools, some of the resulting rock contains magnetic minerals that align with the directions of Earth’s magnetic poles at the time the rock solidified. Even after the plates containing those rocks have moved, researchers can study that magnetic alignment to parse out where on the global map those natural magnets existed in the past.

Using both paleomagnetics and current tectonic plate data, the study authors were able to create the most thorough map of each plate’s journey from 1 billion years ago until the present. 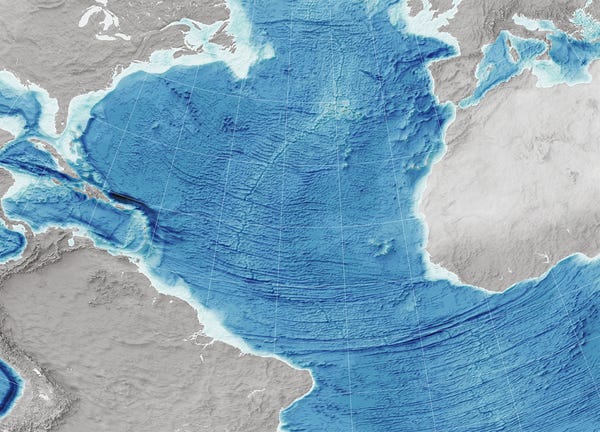 “Simply put, this complete model will help explain how our home, planet Earth, became habitable for complex creatures,” Dietmar Müller, a co-author of the study, said in a press release.

The jigsaw puzzle of Earth’s continents hasn’t stopped shifting, of course. The Pacific Ocean, for example, is shrinking year by year. The Atlantic, meanwhile, is widening — pushing the Americas away from Africa and Europe.