The video shows the dark night sky before a tiny flash of colour appears on the screens. The video then zooms in to give a close up on the tiny object, which looks like a small orb or hexgaon shaped object, flashing in the colours of the rainbow. And following the videos release, alien life conspiracy theorist Scott Waring took to his blog etdatabase.com to speculate wildly about the amateur unedited video.

He said: “This rainbow coloured UFO was seen over Michigan this week.

“The eyewitness was kind enough to keep the video original for us.

“When he zooms in on the object, I can see a hexagonal-shaped disk with a powerful glow emanating from its centre.”

Waring proceeds to bizarrely propose the colours on the supposed anomaly are intentional in an attempt to reassure human onlookers. 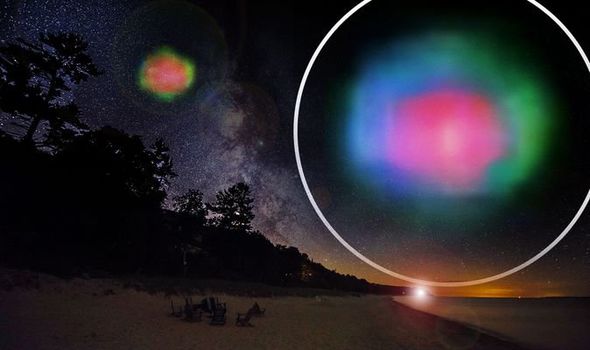 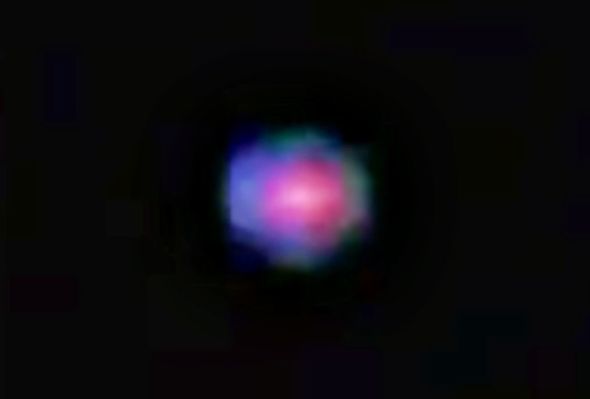 He said: “The colours could be deliberate to get the attention of the human eyewitnesses and put them at ease.

“What I mean is, some colours are less frightening than others and it’s showing a lot of purple and violet, which are considered [more] soothing.

“Clearly the aliens wanted to be seen and wanted to make a good first impression on the humans watching.”

And the alien hunter even suggests the location of the latest so-called UFO sighting is no coincidence. 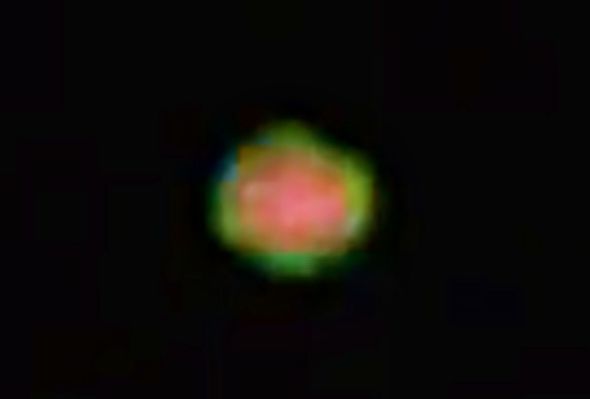 He said: “It’s very possible this UFO came from an alien base below Lake Michigan.

“This has some very deep areas an has seen numerous UFO sightings every year.“

Waring also provides what he claims is a statement from the original eyewitness.

They are quoted as saying: “I stepped out on deck just past midnight on August 13 and looked up at stars and spotted this one odd flickering saucer / elliptical-shaped object in sky in the west.

“It stayed in that area. Was not a plane, jet or helicopter.

“Rapidly-changing bright multiple colours were emitting from it.

“It didn’t make any sounds, that I could hear anyway.

“After a couple of minutes I finally was able to zoom in enough to see the object better.”

However, there is a much more prosaic explanation for flying object, which is almost certainly a plane, weather balloon or other type of manmade aircraft. 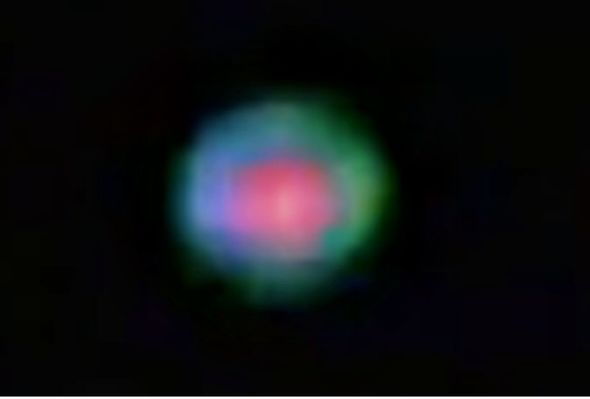 And the latest so-called UFO incident is an example of pareidolia.

This is the phenomenon of recognising objects or patterns in otherwise random or unrelated objects.

The US space agency NASA said: “Pareidolia is the psychological phenomenon where people see recognisable shapes in clouds, rock formations, or otherwise unrelated objects or data.