Remarkable photos of what some believe to be UFOs have gone viral on social media. Shot by several eyewitnesses, the images capture multicoloured disk-shapes looming over colour cover.

The supposed space ships were reportedly spied by the public over the Philippines.

These glowing clouds are actually UFOs sitting atop of real clouds

But although sceptics simply see phenomena relating to rainbows when looking at the anomalies, one alien life conspiracy theorist considers the beautiful images to be ‘proof’ of extraterrestrials on Earth.

Waring took to his etdatabase blog to speculate about the eye-catching images. 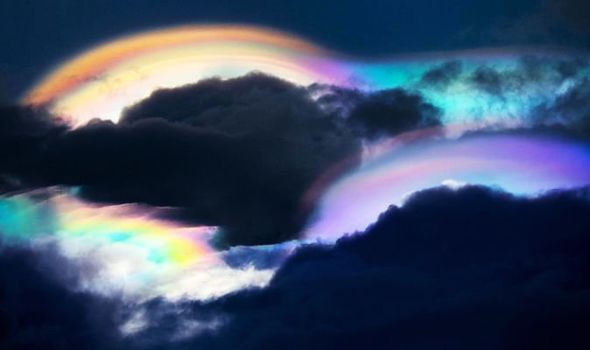 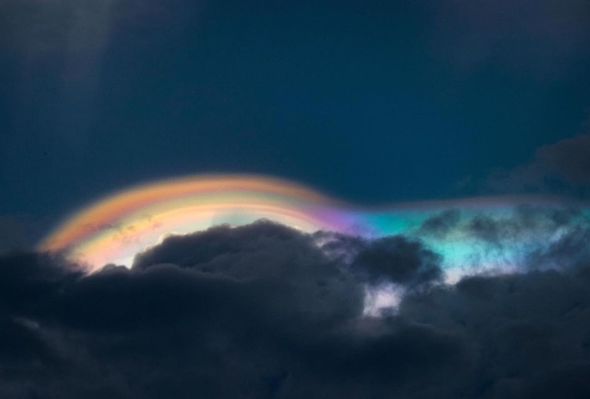 He said: “These glowing clouds are actually UFOs sitting atop of real clouds.

“You can see the dark clouds underneath and the bright glowing colourful UFOs illuminating the area clouds around them.

“The glowing objects are the outer layer of clouds that many UFOs make.

“So we don’t actually see the UFO here, but the outer edges of the clouds that the UFOs made. 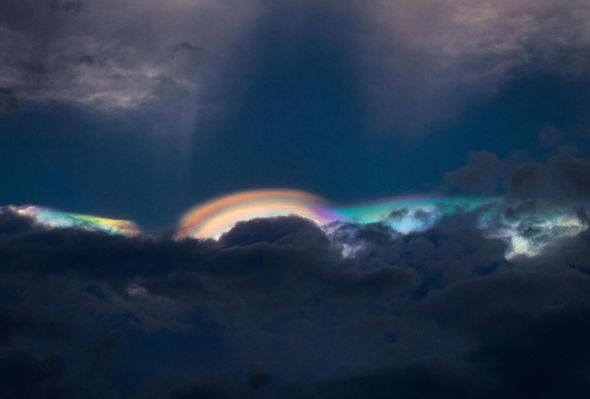 “Absolutely breathtaking and proof aliens are watching over the Philippines.”

Other sceptics would say the ‘UFO sighting’ is simply the effects of pareidolia.

This is a psychological phenomenon when the brain tricks the eyes into seeing familiar objects or shapes in patterns or textures such as a rock surface.

Although the existence of aliens has never been proven, the US Department of Defense (DoD) recently acknowledged a video from a US Navy pilot’s radar footage of a mystery UFO with ‘glowing aura’ and flying erratically. 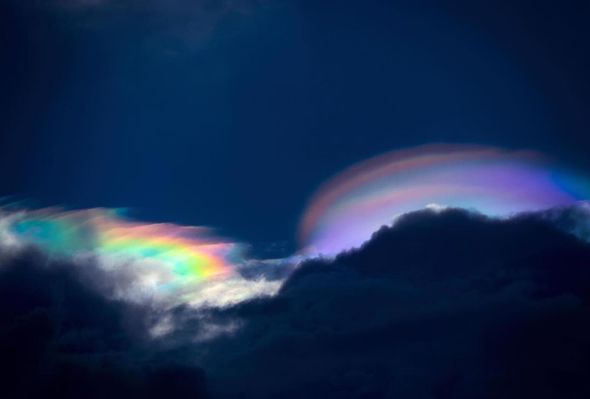 When the 2017 footage emerged, a former Pentagon employee Luis Elizondo, who headed up a secret official UFO program, said it was “compelling evidence” we might not be alone in the Universe.