The news comes as Russian forces make significant gains in eastern Ukraine with the towns of Severodonetsk and Lysychansk both appearing to fall under the control of Vladimir Putin’s troops. However, Ukrainian President Volodymyr Zelensky has vowed to recapture the towns once military equipment is received from the West allowing them to counter-attack.

In spite of the Russian gains, the news of another of Putin’s units being taken out adds to the already worrying figures for The Kremlin which has seen huge losses since the start of the war.

The latest news comes via a Tweet from The Kyiv Independent which states: “Ukraine’s military defeats 47 Russian troops in southern Ukraine. 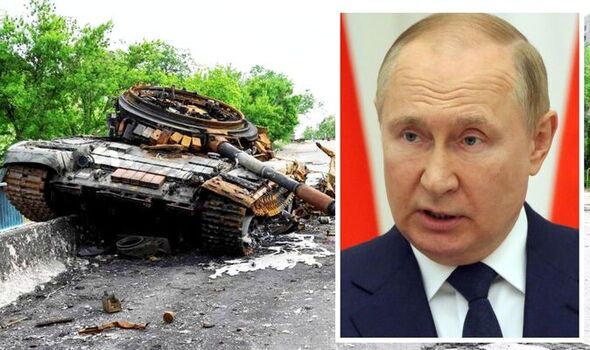 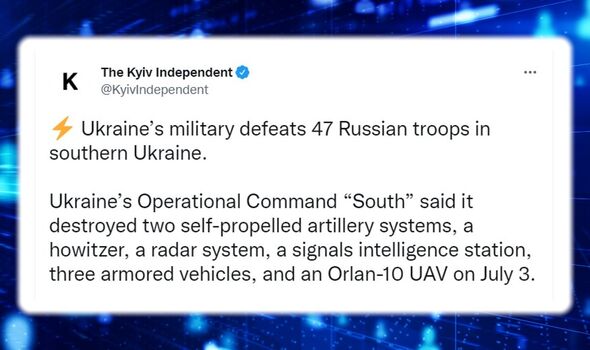 Much of the destruction of Russian assets has been thanks in part to Western-supplied weapons and ammunition.

British N-LAW anti-tank missiles are largely credited with the number of Russian tanks destroyed at the start of the war.

Longer-range weaponry has also been delivered allowing Ukrainian defences to hit back beyond the front line.

However, reports now suggest Ukraine must bring about a victory to justify the ever-increasing supply of weapons to the nation.

With the battle for Luhansk now over as Russia claims the territory, several other key cities in the region will become the next focus for Putin who has ordered his defence ministry to fight on. 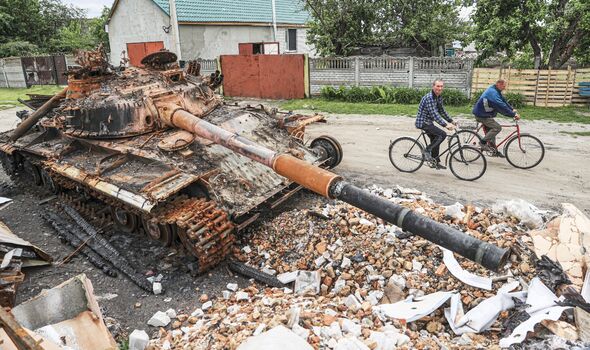 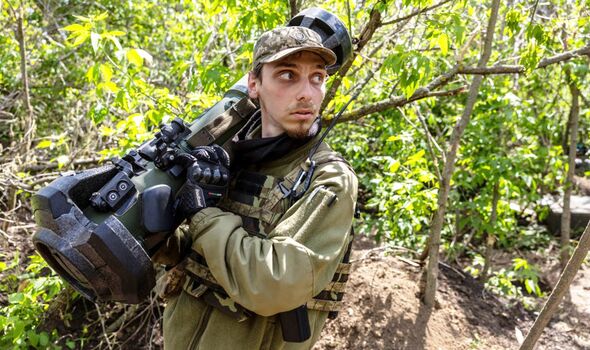 Hopes for a Ukrainian counter-strike are currently pinned on the Kherson region, where Kyiv’s forces have been making incremental, probing gains for some weeks.

They are now reported to be in sight of Kherson itself, which fell to the Russians in the early days of the war.

Retaking it would be a major achievement for the Ukrainians and a blow to Russian confidence.

But like the Russians in Donbas, the Ukrainians have failed to achieve a decisive breakthrough.

It is unclear whether they can muster the concentrations of men and arms needed to do so. 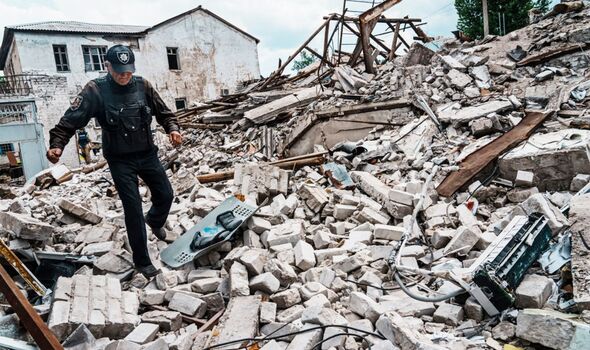 Speaking of the need to bring results, Senior Foreign Correspondent with The Telegraph Roland Oliphant wrote: “A Ukrainian offensive victory would be seen as a vindication of the policy championed by Britain, Poland and – for the time being – Joe Biden’s administration in the United States.

“In short, Ukraine must win the war and the West must do all it can to help do so.

“If that effort is sustained, Ukraine’s victory in the long-term is almost inevitable.

Multiple Western leaders have echoed the notion that Putin cannot win the war.

Don’t forget to share your views on this story in our comments section below, just scroll down to add your thoughts 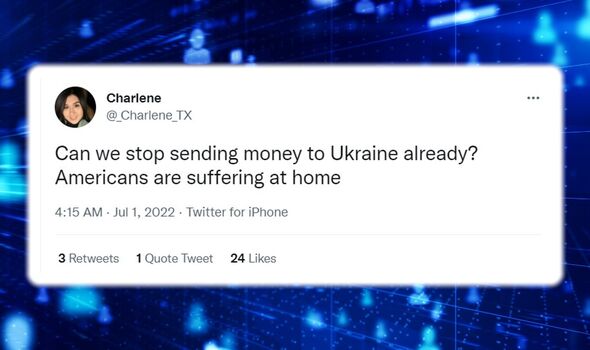 As financial pressure grips Europe and the US, some have raised questions as to why so much money has been invested in Ukraine, when many are struggling at home.

One such post by an American social media user named Charlene said: “Can we stop sending our money to Ukraine already? Americans are suffering at home.”

The argument was supported by hundreds of similar comments, many of whom pointed out local financial difficulties, whilst others complained the war was fuelling the military-industrial complex above all.