Following the Big Bang 13.8 billion years ago, it took 377,000 years for the universe to cool down enough to a point where atoms could form. Some of the atoms were hydrogen and helium, which are the main ingredients for stars. But it took almost 500 millions years for galaxies to form and in that time, there is little understanding of what went on between nothingness and the formation of galaxies – a period known as the Dark Ages.

The first hydrogen atoms were positively charged ions, and it was only when they clumped together did they begin to form neutral hydrogen.

This, in turn, then clumped together to create stars and galaxies.

Now, researchers in Australia are using ultra-sensitive telescopes in an attempt to detect that first glimmer of light produced in the universe.

The team are searching for the first neutral hydrogen signal which would essentially represent the beginning of light. 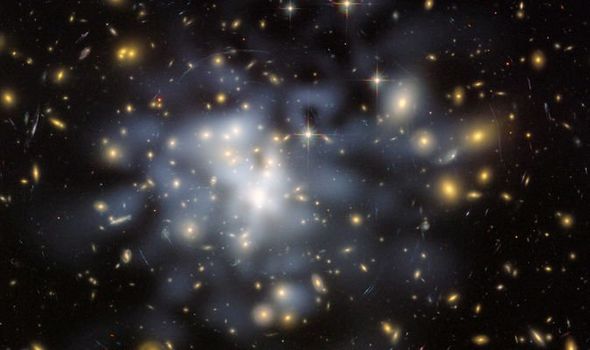 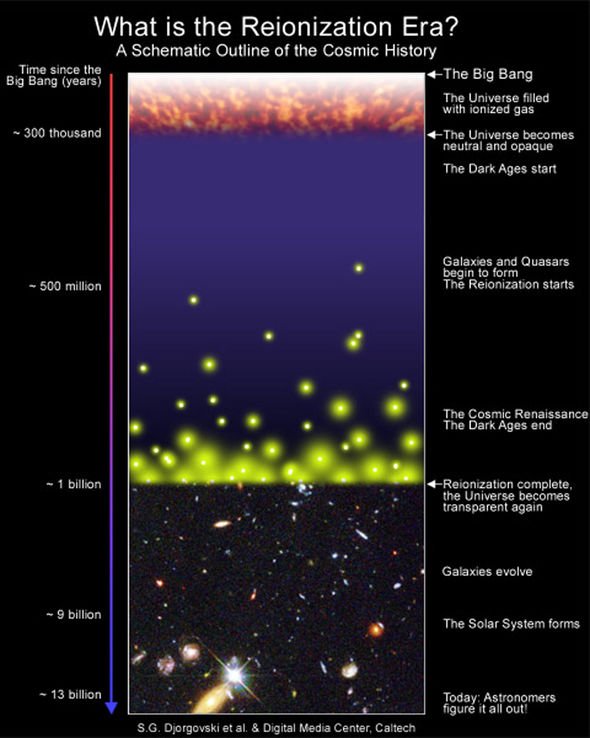 All the data from the tiles is fed into a supercomputer which processes the findings in an attempt to discover the elusive neutral hydrogen signal.

The research was aimed at finding the lowest possible limit for the neutral hydrogen signal – although it was not found in the most recent test.

Jonathan Pober, an assistant professor of physics at Brown University and corresponding author on the new paper, said: “We can say with confidence that if the neutral hydrogen signal was any stronger than the limit we set in the paper, then the telescope would have detected it. 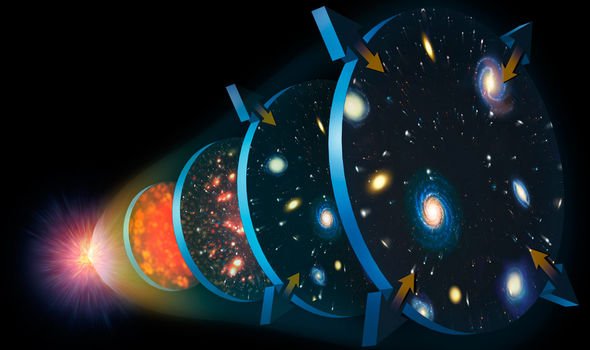 “These findings can help us to further constrain the timing of when the cosmic dark ages ended and the first stars emerged.”

According to the researchers, the signal is so difficult to find because the wavelength is so small.

According to the results published in the Astrophysical Journal, the length of the wavelength is just two metres long – smaller than an FM radio signal.

However, when it was first emitted, it was just 21 centimetres long but it has been stretched over the ensuing billions of years. 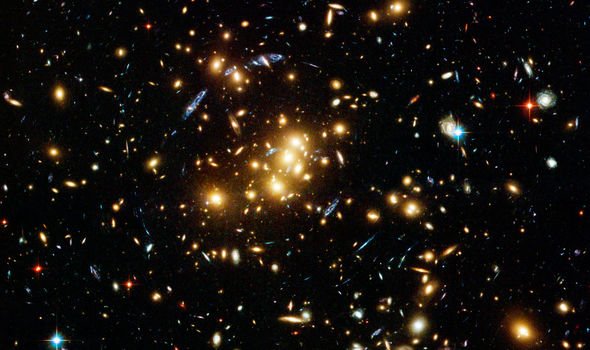 Professor Pober said: “All of these other sources are many orders of magnitude stronger than the signal we’re trying to detect.

“Even an FM radio signal that’s reflected off an airplane that happens to be passing above the telescope is enough to contaminate the data.

“If we look at different radio frequencies or wavelengths, the telescope behaves a little differently.

“Correcting for the telescope response is absolutely critical for then doing the separation of astrophysical contaminants and the signal of interest.”