A ‘game-changer’ in the fight against obesity: Weekly jab can suppress your appetite and boost weight loss FIVE-fold, study reveals

A drug used to treat people with type 2 diabetes is also effective at helping obese people lose weight, a landmark study had found.

The drug semaglutide, sold under the brand names Ozempicand Rybelsus, was given to adults with an average BMI of 38.

The dose of 2.4mg was administered by the participants themselves once once a week via a subcutaneous jab, much like an insulin injection.

More than one third (35 per cent) of people who took the drug lost more than one-fifth of their total body weight.

Three quarters (75 per cent) of people who received semaglutide lost more than 10 per cent of their body weight.

Researchers say the findings are a game-changer because weight loss can be achieved in people who would otherwise require surgery.

Of those taking semaglutide, the average weight loss was 15.3kg, with a reduction in BMI of minus 5.54.

The placebo group observed an average weight loss of 2.6kg (0.4 stone) with a reduction in BMI of minus 0.92, more than five times less than those using the drug. 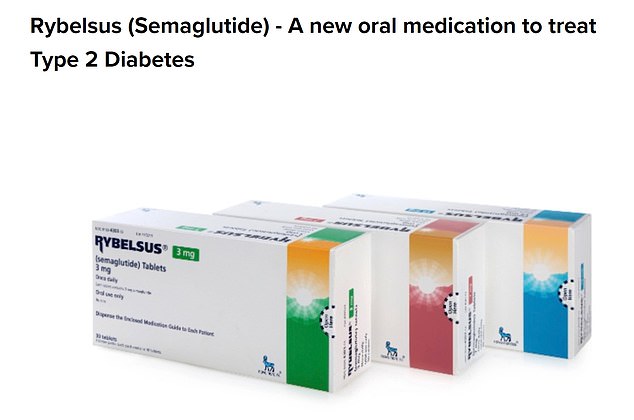 The drug semaglutide, sold under the brand names Ozempicand Rybelsus, was given to adults with an average BMI of 38.  More than one third (35 per cent) of people who took the drug lost more than one-fifth of their total body weight.

Being fat can PROTECT you from certain diseases

We’re regularly told to minimise the amount of saturated fats we consume, but a new study suggests that eating foods rich in these fats could actually offer some protection against certain diseases.

Researchers have revealed that eating foods rich in saturated fats, including cakes, bacon and cheese, may reduce your risk of acute pancreatitis.

The US team analysed data from people in 11 countries on how different fats consumed by different nations – either unsaturated or saturated – are linked with the serious condition, where the pancreas becomes inflamed.

Saturated fat is found in butter, lard, fatty meats and cheese – foods heavily consumed in western societies – while unsaturated fats are mostly found in oils from plants and fish and are prevalent in Asian and some South American diets.

The scientists found that high levels of unsaturated fat stored around the abdominal organs generates more of a certain type of molecule that triggers cell injury, inflammation and even organ failure.

While this study does not challenge this advice, it does suggest obesity can sometimes protect patients during certain types of acute illnesses.

This ‘obesity paradox’ has already been controversially suggested in previous studies, but not without backlash from other experts.

The findings are being hailed for their potential to improve the health of people with obesity.

They could play a major part in helping the UK to reduce the impact of diseases, such as Covid-19, experts suggest.

Semaglutide is already approved for use in humans but is normally prescribed to diabetics with a 1mg dose.

The latest semaglutide study is currently in phase three trials with an increased dose of 2.4mg.

With evidence from this trial, semaglutide has been submitted for regulatory approval as a treatment for obesity to the National Institute of Clinical Excellence (NICE), the European Medicines Agency (EMA) and the US Food and Drug Administration (FDA).

The drug works by hijacking the body’s own appetite regulating system in the brain, leading to reduced hunger and calorie intake.

Almost 2,000 people were recruited for the study from 16 countries which spanned more than a year and started in Autumn 2018.

Rachel Batterham, professor of obesity, diabetes and endocrinology at UCL, who lead the research, said: ‘The findings of this study represent a major breakthrough for improving the health of people with obesity.

‘No other drug has come close to producing this level of weight loss – this really is a gamechanger.

‘For the first time, people can achieve through drugs what was only possible through weight-loss surgery.’

Professor Batterham added that the drug could have major implications for UK health policy for years to come.

The average participant in the trial lost 15.3kg (nearly three stones), according to the study published in the New England Journal for Medicine.

This was accompanied by reductions in waist circumference, blood fats, blood sugar and blood pressure which increase the risk of heart disease and diabetes.

The trial’s UK chief investigator, Professor John Wilding from the University of Liverpool, said: ‘This is a significant advance in the treatment of obesity.

‘Semaglutide is already approved and used clinically at a lower dose for treatment of diabetes, so as doctors we are already familiar with its use.’

People taking part in the study either received the drug or a placebo and also had access to individual face-to-face or phone counselling sessions from registered dietitians every four weeks as well as getting guidance to help with behavioural strategies and motivation.

Additionally, participants received incentives such as kettle bells or food scales to mark progress and milestones.

Some participants reported side effects from the drug including mild-to-moderate nausea and diarrhoea that were transient and generally resolved without permanent discontinuation from the study.

Dr Baptiste Leurent from the London School of Hygiene and Tropical Medicine, who was not involved in the study, says this will need close monitoring.

‘We also need to better understand what is happening once the treatment is stopped, and whether it could be taken for a shorter period of time,’ he adds.

Dr Amelia Hollywood, a health psychologist from the University of Reading, adds: ‘It is promising to hear that there is another potential weight loss medication that can be offered to patients, as currently the only one that has proved to be safe and effective is orlistat.

‘This will be good news for clinicians and patients. However it is worth noting that individuals did not just simply inject this medication and lose weight, they also had to change their behaviour.’