These space phenomena are formed when massive stars collapse at the end of their life cycles and can continue to grow by absorbing stars and merging with other black holes. Astronomers have established that the radio source known as Sagittarius A*, at the core of the Milky Way galaxy, contains a supermassive black hole of about 4.3 million solar masses. Almost every large galaxy in the universe is the same.

But NASA has discovered the distant galaxy cluster of Abell 2261 does not contain the expected supermassive black hole at its centre – despite estimates placing this mass between three and 100 billion times the size of the Sun.

After a five-year study using NASA’s Chandra X-ray Observatory and Hubble Space Telescope, astronomers have “no evidence” that the black hole “is anywhere to be found”.

And History’s ’10 Ways the World Will End’ documentary revealed how these space phenomena could one day pose a threat to life on Earth.

The narrator said: “There are 100,000,00 black holes in our galaxy, with vicious gravitational forces, that devour everything in their path. 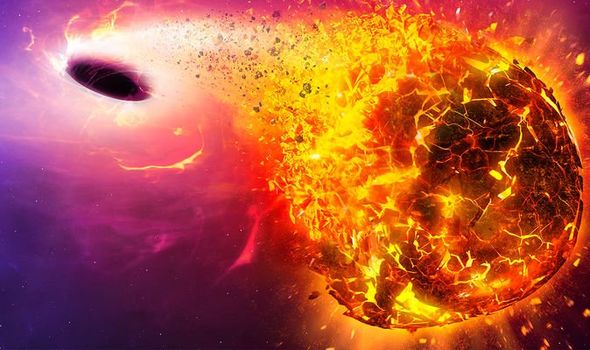 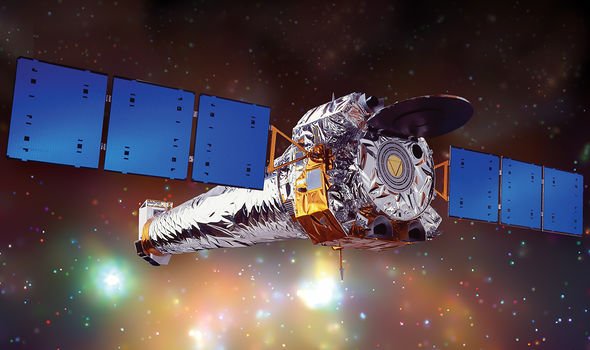 “If one headed straight for Earth, and we were sucked into its deadly vortex, what would happen to our planet? Would mankind survive?

“Of all the objects in space, this lethal mass possesses the strongest gravitational pull, earning its name, because nothing, not even light, can escape the grasp.

“Anything or anyone that crosses its outer edge – an invisible boundary known as the event horizon – will never be seen again.

“A black hole coming towards Earth has cruised through the universe for billions of years, growing larger as it swallows stars, planets and everything else in its path.” 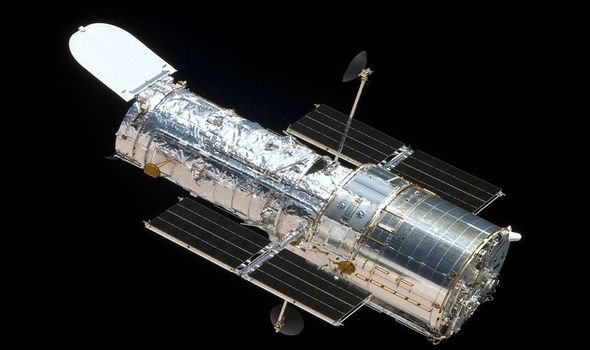 He said: “Some people compare a black hole to a celestial zombie, it comes to life when anything comes too close.

“It grabs that object in its clutches and never lets go.

“We used to think that black holes were stationary, but we were shocked to find that there are rogue black holes that wander across the galaxy.

“If you get so close to a back hole that you are in the grip of its gravitational field, then no matter what you do, you are doomed to fall into the black hole.”

Greg Laughlin, an astrophysicist from the University of California, then painted a dim picture for life on Earth should a black hole spring to life.

He said: “Every black hole is capable of reanimating itself when it is in the vicinity of matter, so every black hole has the capability to suddenly spring to life as a truly vicious killer. 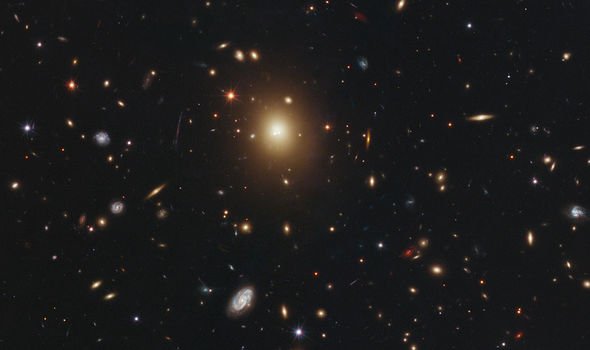 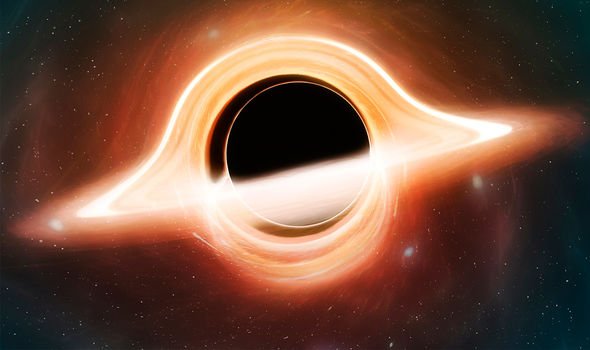 “Nobody on Earth is safe or secure once the event horizon of a supermassive black hole has been breached.”

But in the case of the black hole “missing” from Abell 2261, scientists believe it is still there, they are just unable to observe it currently.

The first is that the black hole could have been ejected from its host galaxy as a result of two galaxies merging to create one even more massive galaxy, otherwise known as a “recoiling black hole”.

Alternatively, the two galaxies’ black holes could have merged into one, even bigger supermassive black hole, creating a gigantic core at its centre.

While this phenomenon has yet to be directly observed involving black holes at such a scale, astronomers have observed similar mergers with smaller black holes.