Home » Science » What is it like to drive the Perseverance rover remotely? A NASA engineer explains the challenges of piloting the vehicle's journey across Mars.

It’s been about a year since COVID-19 was declared a pandemic and like most companies, NASA is still dealing with the ongoing effects and challenges posed by the crisis. But unlike other firms, the US space agency is doing so while also presiding over a hugely ambitious mission to Mars.

For engineers and scientists working on the Mars 2020 mission with its Perseverance rover at the Jet Propulsion Laboratory (JPL) in California, one of the key challenges is adjusting to new styles of working. This means that some rover drivers have adopted a hybrid-working model, for example.

Insider spoke to Heather Justice, a NASA engineer from the Perseverance rover team, about the challenges of driving the machine. She also explained how she manages to perform commands and make new scientific discoveries during a pandemic while operating on Mars time.

Justice has worked at NASA since 2011 and works on the Mars 2020 mission as a rover driver. She was the lead driver for the Opportunity rover, which travelled over 45 km and was operational on Mars from 2004 to 2018.

Faced with lockdowns and social-distancing restrictions, she explained the teams’ changed way of operating Perseverance, which launched on July 30 2020, and working together as a team. “It’s definitely a little different from operating a brand new rover on Mars,” she said.

In normal circumstances with past rovers, all of the team would come to JPL and get together and work together on operations for the first two months. “It’s a group bonding experience for all the engineers and scientists working together,” said Justice.

She added: “As rover drivers, we also do our own little huddle thing where we’ll look at the images and say: ‘OK this part of the terrain looks steep, or ‘this part looks like there might be some risks to how we want to drive’. Now, we can’t really do that. We can’t all get together all close around a computer right now so that does make it a little bit more challenging.”

The Perseverance team has had to think about different ways of working, given the effects of the pandemic. The team was used to working in an organized facility filled with lots of large rooms, where all the scientists and engineers would congregate.

“Instead we have just a few primary engineering roles that really need to be collaborating on lab who are in there but spread out across new work stations that are really far apart,” Justice said. “We’re sort of like yelling to each other from our separate workstations, but it makes it a little easier to collaborate without having to stress so much about all of the virtual meetings.”

One particular challenge has arisen from the fact that teams cannot huddle around a computer to discuss where the rover is going to drive. Instead, scientists and engineers have to put together all of the sequences that will eventually command the rover each day through teleconferencing systems.

Justice said this is a popular way of communication between the teams, who are all spread out across work stations due to social-distancing restrictions. Simultaneously, remote team members who are responsible for the navigation camera, have to coordinate with the rover drivers in laboratories to obtain images they need of the terrain.

But for Justice, there has definitely been a lot of improvement and evolution in the process of driving rovers. Some of that has been a focus on the flight systems side, where they’ve tried to make Perseverance more capable.

She said: “An example of that would be the autonomous navigation where we’ve done a lot of improvements on the software so that the rover can drive further on its own. Hopefully in the long term that will make it easier for us to get longer drives in which will let us get to the places that science really wants us to go to.”

There have also been hardware improvements, where the wheels are different from Curiosity so that they are more robust to drive over sharp rocks,” she added. 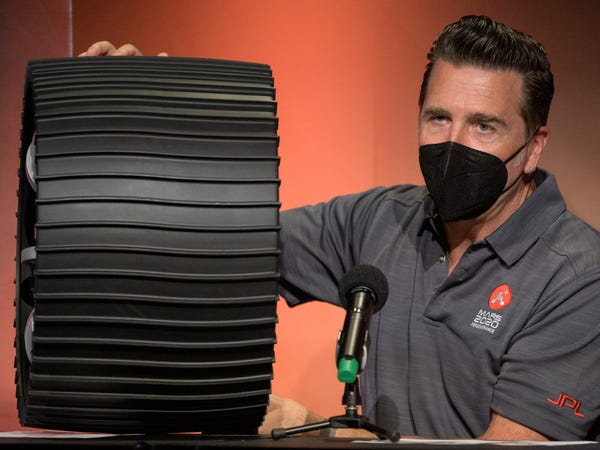 Preparation was key for Justice before she immersed herself into the Mars mission. “I was very good about making sure that any major chores that had to be done during this time period were done in advance,” she said. “I also made sure I stocked up on food because I don’t know what time I’m going to be able to get to a grocery store to buy food if it’s in the middle of the night when I’m trying to eat.”

When asked how she managed her work-life balance, Justice indicated that it was tough. “We’re working weekends too, it’s 7 days a week so there definitely was a period where I forgot what day of the week it was.”

“It’s not like you have your general eight-hour workday and you go home and you stop thinking about it,” Justice said.

Then, of course, there’s the additional challenge of working on Mars time: “You’re working and sleeping at weird hours and it changes every day — you don’t really have a consistent schedule,” she added.