Facebook is overhauling WhatsApp in a bid to make money from the messaging app following its disastrous results.

It plans to begin showing ads in user’s status updates, and to charge big companies for sending messages to customers. 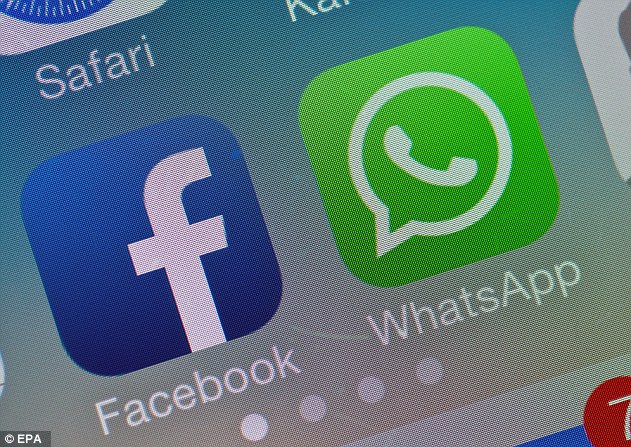 WhatsApp is set to introduce adverts to the platform for the first time. Firms will be able to pay WhatsApp to place adverts in a user’s story next year, in a similar way to the way Instagram stories feature adverts (stock)

The disappointing results come after Facebook has been embroiled in a data scandal affecting millions of users – an event that the firm’s top leadership acknowledged as a factor weighing on user growth during the second quarter.

By Wednesday evening, almost $150 billion had been wiped off of Facebook’s market cap as a result of the stock’s plunge.

Meanwhile, Facebook CEO Mark Zuckerberg saw his net worth dive roughly $18.8 billion to $63.6 billion. At the closing bell on Wednesday, Zuckerberg was worth $82.4 billion, according to Forbes.

WhatsApp will charge companies between a half a penny and 9 cents (0.3p to 7p) for every message delivered to a potential customer, with prices varying by country.

It has already begun trials with Uber and other firms of the system.

The move comes as growth at Facebook’s main app is starting to decelerate.

Facebook bought the messaging app over fears another rival would buy it – and after it was unable to buy Snapchat after reportedly offering $3bn for the firm.

At the time, it pledged the firm would remain independent.

‘You can still count on absolutely no ads interrupting your communication,’ WhatsApp co-founders, Jan Koum and Brian Acton, told users when the purchase was announced.

The pair, who started the app in 2009 before selling for $19 billion (£14.5 billion) in 2014, have both now left left the firm after repeatedly resisting attempts to put ads into the app.

The ability for businesses to message customers has started to roll-out worldwide, however WhatsApp has confirmed it will only be working with ‘a few hundred’ companies to implement the tools at launch, with more to follow later.

WhatsApp is also poised to bring adverts to the app for the first time.

Businesses will be able to pay WhatsApp to place adverts inside users’ Status from early next year.

These sponsored posts will be placed at regular intervals amongst the slideshow of photos and videos that users can add to throughout their day.

WhatsApp has long resisted including advertisements inside its app.

In an official blog post entitled ‘Why We Don’t Sell Ads’, co-founder and then-chief executive Jan Koum said: ‘Advertising isn’t just the disruption of aesthetics, the insults to your intelligence and the interruption of your train of thought.

‘At every company that sells ads, a significant portion of their engineering team spends their day tuning data mining, writing better code to collect all your personal data, upgrading the servers that hold all the data and making sure it’s all being logged and collated and sliced and packaged and shipped out… And at the end of the day the result of it all is a slightly different advertising banner in your browser or on your mobile screen.’

Koum left WhatsApp in April 2018 over disagreements with Facebook, which acquired the messaging service for $19 billion (£14.5 billion ) in 2014.

The adverts will be included in a similar manner to Instagram, which allows firms to include paid-for content inside the Story feature, the Wall Street Journal reports.

WhatsApp says there are around 60 billion messages sent every day within the app, but only a tiny proportion sent between companies and consumers.

This will need to increase in order for WhatsApp to become a worthwhile source of revenue for parent company Facebook.

Several companies have already been testing the ability to send messages to customers for a small fee, including Singapore Airlines, Wish and ride-sharing company Uber, WhatsApp has confirmed.

Uber has trialled WhatsApp as a way to respond to drivers’ questions in Mexico, India and Brazil.

The messages will still be covered by WhatsApp’s end-to-end encryption, making it unreadable by the firm. 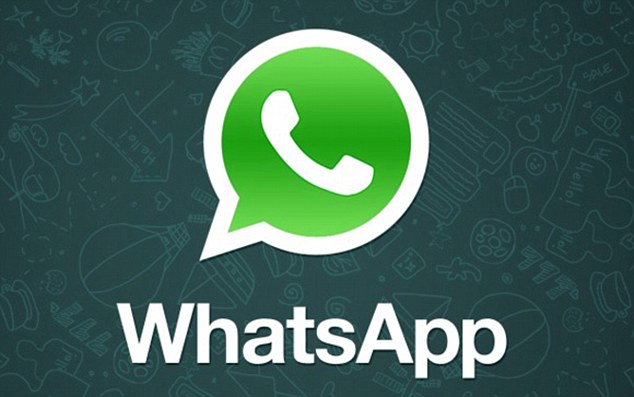 WhatsApp Status is more popular than Instagram stories however, with 450 million users creating a Status and only 400 million Instagram users making a Story.

A WhatsApp spokesperson said users will be able to opt-in to receiving messages from businesses.

WhatsApp executives believe users will adapt to the new tools, a spokesman said, adding that the company has seen positive feedback from ads in Instagram Stories.

‘We’ve seen it working well on Instagram and so we’re learning a lot from that,’ Mr Idema said.

After updating its privacy settings in line with GDPR, WhatsApp is added a feature to increase transparency for its users.

It allows people to access all the data that WhatsApp has on them.

This information is stored on WhatsApp’s servers and includes information such as profile photos and even names of group chats.

Other information includes the make and model of the device they used, their contacts and any blocked numbers.

It is important to note that the report will not contain any messages, although that option is also available through a separate feature.

How to request a report

WhatsApp claims the report will be available approximately 3 days after the date requested.

Once the report has been created and is ready, users will be able to download it.

A ZIP file will then be downloaded to the device and will include an HTML file.

Once successfully downloaded, WhatsApp users will be able to export their report.