Johnson & Johnson will allocate 86 percent fewer doses across the United States next week than are now being allocated, according to C.D.C. data, dealing a setback to a national vaccination campaign that has just found its footing. 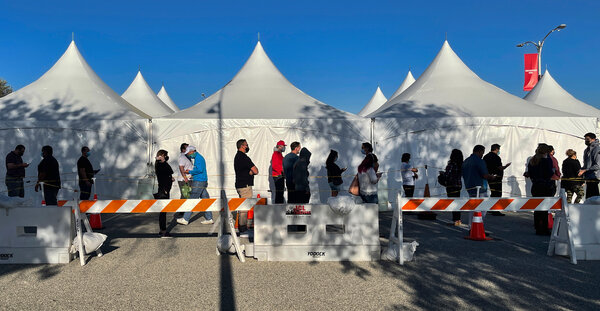 With allocations of the Johnson & Johnson vaccine set to plunge by 86 percent next week, governors across the country warned that the loss of the supplies they were counting on would set back their vaccination drives, which have used the shot in more transient, isolated and rural areas where the one-dose vaccine has appealed to many Americans. The other two vaccines, made by Moderna and Pfizer-BioNTech, continue to flow out to the states at high volume.

The distribution of Johnson & Johnson’s single-shot vaccine has been inconsistent since the company delivered its first batch at the beginning of March, sending 2.8 million doses across the country before dipping below 400,000 in the following weeks.

Last week, about 1.9 million doses were sent across the country, and this week, 4.9 million shots went out. Next week, that number will drop to 700,000.

At a White House briefing on Friday, Jeffrey D. Zients, who leads the Biden administration’s Covid-19 response, said that Johnson & Johnson ultimately expects to be able to deliver as many as eight million doses weekly, if a Baltimore plant making the bulk of doses for the United States is cleared by the Food and Drug Administration. The New York Times reported last week that a mistake at the factory had contaminated around 15 million doses of the Johnson & Johnson vaccine, delaying the plant’s authorization.

But Mr. Zients said he could not speculate on when the F.D.A. would authorize production lines at the plant, allowing shipments to pick up.