An ice age is a long period of reduction in the temperature of the Earth’s surface and atmosphere which results in the expansion of continental and polar ice sheets. Scientists have known for a long time that the Earth goes through cycles of climate change, following adjustments in its orbit, as well as geological factors. This results in long-term periods of glaciation, forcing the expansion of ice sheets across the surface.

Earth is currently in the Quaternary glaciation, an alternating series of glacial and interglacial periods that began 2.58 million years ago.

However, it was revealed during Amazon Prime’s “Steps to the Future” how former NASA scientist Dr Jerome Chappellaz is using Antarctica to understand more about what will happen to the future.

The 2010 documentary revealed:  “Researchers from the Grenoble Glaciology Laboratory have preserved precious archives taken in the Arctic and Antarctic expedition after expedition. 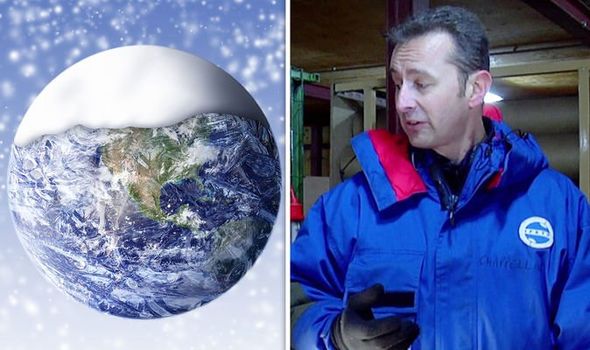 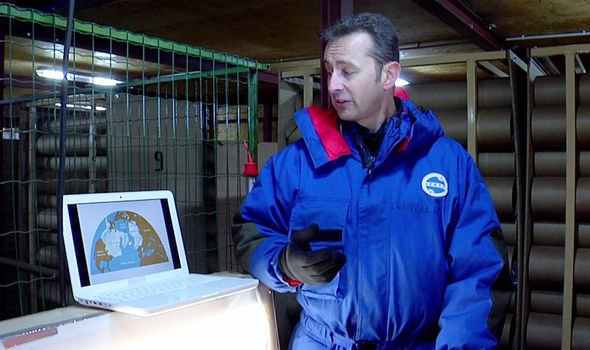 In the future we expect these conditions to come in 40 to 60,000 years

“The drilling tool is equipped with a knife which drills the ice and the shavings are evacuated by an endless screw.

Dr Chapellaz, who heads-up the NASA-backed project then explained what his findings revealed.

He detailed during the same show: “What does an ice age look like? It typically looks the whole of the Northern hemisphere covered in ice. 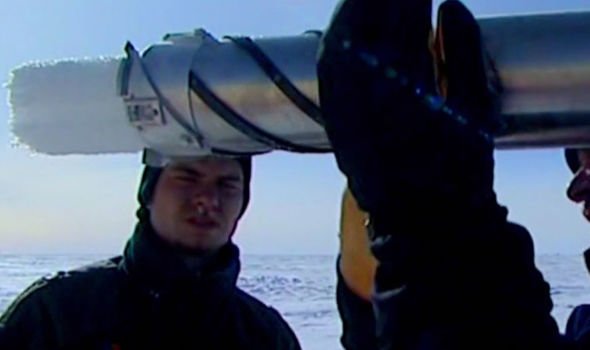 “Two kilometres of ice on Canada and the alpine glaciers spread to Lyon.

“We could walk from England to France.

The programme went on to explain how the scientist can predict an ice age, thanks to his understanding of space.

The narrator added: “Our distant cousins – Saturn and Jupiter – are responsible. 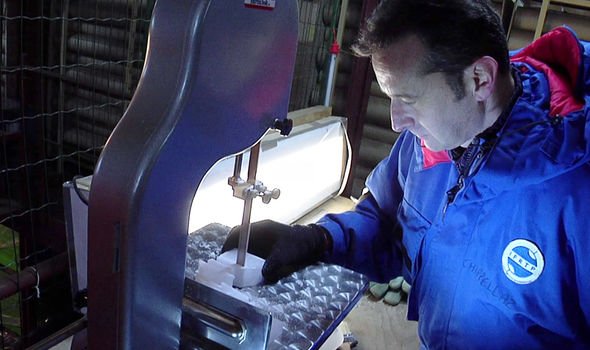 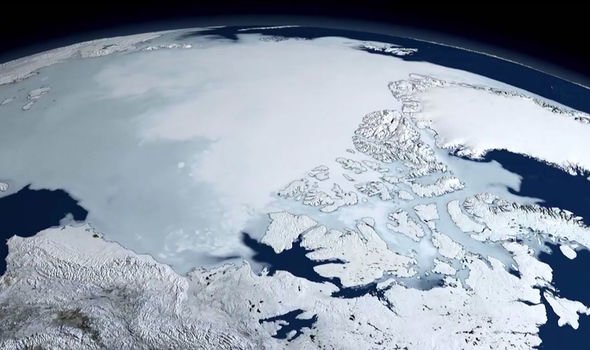 “These two planets are so big that their mass periodically deforms the Earth’s orbit, making it more elliptic.

“Since the sun is further away, the energy we receive from it lessens.

“The Earth’s orbit around the sun causes the quantity of the energy received at the surface of the planet to change with time.

“If we take winter snowfall at out latitudes, there needs to be enough energy during the summer to make it melt but, if it is not strong enough, the snow will stay and form a glacier over summer.”