As the UK experiences its second heatwave in as many months and a prolonged period of dry weather, the risk of large wildfires is “exceptional” – the fire severity index’s highest level. However, experts have warned Express.co.uk that this is likely only the beginning of the UK’s wildfire woes.

Following the driest July on record, much of the UK has been transformed into a brown and cracked unfamiliar landscape. As more hot, dry weather hits the UK – coupled with a steady easterly wind – fires have the potential to spark around the country over the weekend.

The Met Office has raised the fire severity level to exceptional, police around the country are preparing to set up patrols around high risk areas and the Government is planning to officially announce that the country has entered a drought.

As the UK prepares for potentially devastating wildfires, several scientists told Express.co.uk that major wildfires were likely to become the rule rather than the exception.

Most fires in the UK are started by humans, either accidentally or sometimes intentionally, however the warmer and dryer summers are making conditions perfect for these fires to burn out of control.

Professor of Meteorology from the University of Reading Nigel Arnell said: “There has always been a danger of wildfire in the UK, but hotter and drier summers are definitely increasing the danger.

“Higher temperatures and less rain mean that more dry material builds up, so if there is a spark there is a greater chance of a wildfire taking hold”

He added: “The UK will have to be prepared to deal with wildfires every year.” 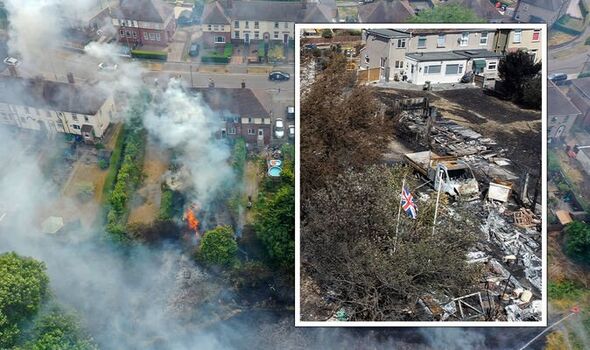 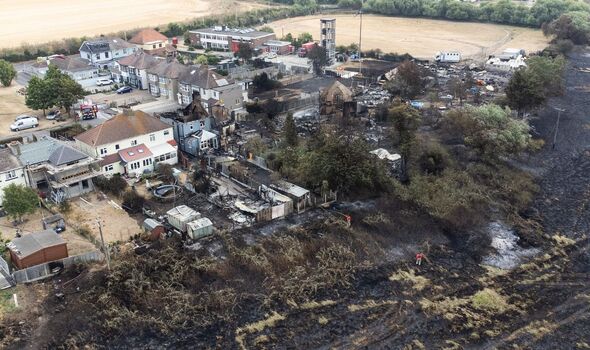 Others have warned that as wildfires grow in size and spread more quickly, the danger to buildings and structures, including homes, grows.

Dr Bill McGuire, Professor Emeritus of Geophysical and Climate Hazards at University College of London, warned that major urban centres which border natural vegetation, such as heathland or fields, were most at risk.

He said: “As climate breakdown bites ever harder, and baking temperatures of 40C+ are increasingly commonplace, so wildfires will become a normal part of the British Summer.

“It is inevitable that the level of damage will ramp up and that lives will be lost. The highest risk will occur where major urban centres abut against large areas of burnable vegetation, for example those parts of Sheffield and Greater Manchester that are immediately adjacent to the moors of the Peak District.

“Here, the prospect for seriously destructive fires is only going to increase in the decades ahead.” 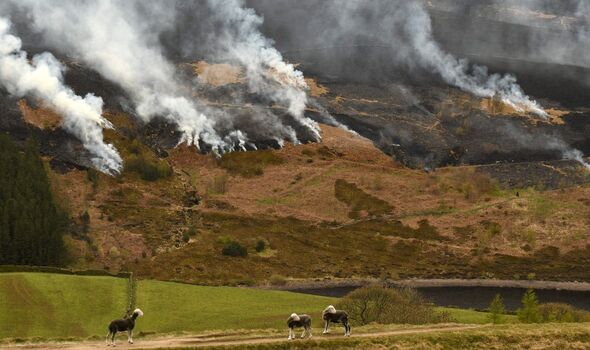 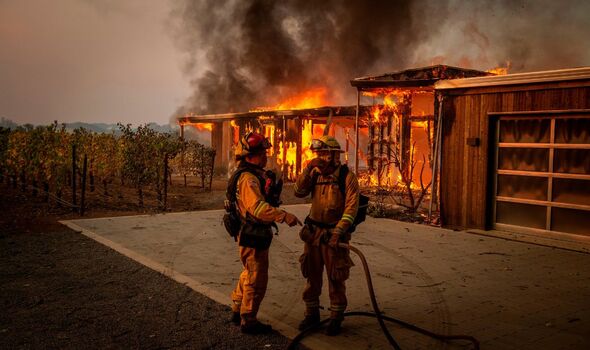 However, there may be ways to mitigate some of these risks. With preparation the UK may be able to avert some of the worst wildfire disasters.

Additionally, due to the way UK structures are built, the country may avoid some of the catastrophic structure to structure fires which have plagued places like the US and Australia.

Dr Rory Hadden from the School of Engineering at University of Edinburgh outlined some of these mitigation techniques, however, he noted that they are not used to great extent in the UK.

He said: “This year was the first time to my knowledge that direct impacts on structures were observed in the UK. I do not think we will see damage to communities on the scale that is seen in US and Australia because we have very different construction materials and landscapes.”

Dr Hadden added: “There are great examples internationally of managing wildfire risks to urban areas. In the UK we don’t do very much specific fire mitigation but there are techniques such as mechanically thinning vegetation, using prescribed burns during periods of low fire risk to remove vegetation as well as managing land with grazing animals.” 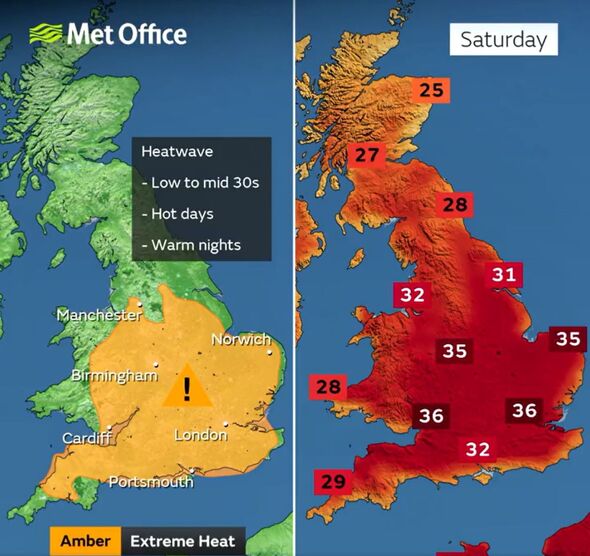 For those trying to protect their own homes from fires, Dr Hadden suggested ensuring that dry vegetation is kept well away from the home and said that composite decking and artificial grass may need to be used carefully – both contain plastics which burn well.

He also said to, where possible, keep ornamental vegetation, e.g. garden plants, well watered – something which may be more difficult due to impending and active hosepipe bans in some areas of the country.

Dozens of homes were destroyed by fires during last months heatwave and with temperatures on the rise again, fears that more fires could damage or destroy properties were high.

Mark Hardingham, chairman of the National Fire Chiefs Council outlined his concerns for the weekend to The Telegram.

He said: “I can’t remember a summer like this and I’ve been in the fire service 32 years. We are not going to see temperatures as hot as we saw three weeks ago but that doesn’t matter because the ground couldn’t get any drier than it already is.”