The Yellowstone volcano is a supervolcano located below Yellowstone National Park in the Western US. It sits between the states of Wyoming, Montana and Idaho and is constantly monitored by the United States Geological Survey (USGS) due to its capability to inflict disaster on a global scale. The last event of this kind has not occurred for 630,000 years and no serious activity has happened in more than 70,000 years.

However, an incident in 2003 caused a brief moment of concern for scientists.

An increase of heat and steam emissions in the North Geyser Basin led USGS researchers to step-up their efforts to monitor any changes.

A report from 2003 explained: “Activity in the Norris Geyser Basin increased and scientists logged higher ground temperatures and witnessed a greater number of geyser eruptions.

“In order to better understand the hydrothermal system at Yellowstone, a temporary network of monitoring equipment was installed, which was eventually followed by the installation of a more robust network. 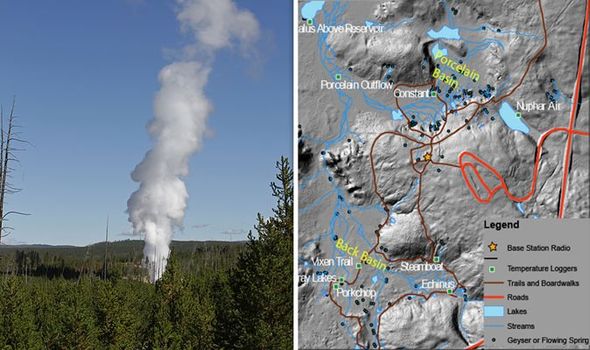 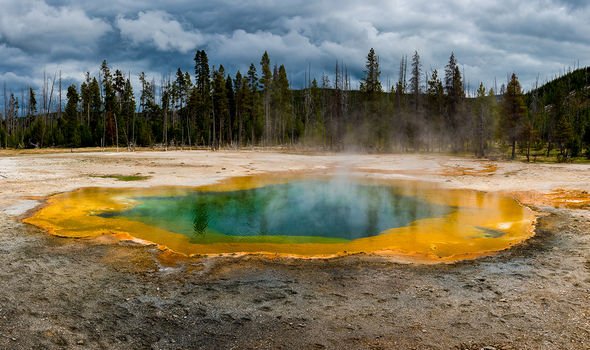 “The units are battery-powered and are sufficiently small that they can be placed around the geyser basin in an unobtrusive manner.”

The new network allows scientists to monitor the geyser every few minutes and get reports about day-to-day changes.

The USGS site explains: “Currently, they are programmed to record temperatures every two minutes.

“The radios transmit the recorded values daily to the Yellowstone Volcano Observatory (YVO).

“Automatic plots are then generated to provide daily, weekly and monthly plots of temperature values.”

The site also goes on to reveal how new technology allows scientists to constantly watch the supervolcano and observe any changes.

It continues: “The new system has several advantages to both YVO and the public.

“First, data can be viewed within 24 hours of measurement, allowing rapid assessment of changing conditions.

“Equipment malfunctions can be rapidly detected, enabling us to identify and correct any problems.

“Lastly, if needed, the equipment can be queried in real-time by YVO scientists.” 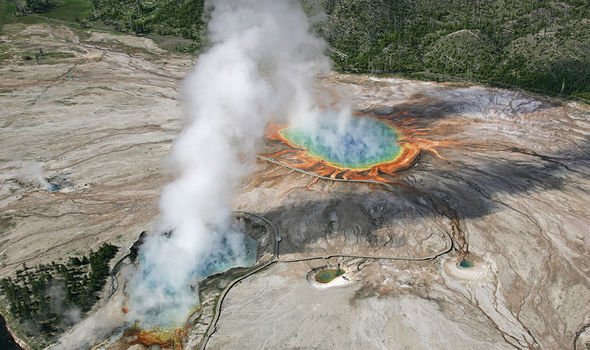 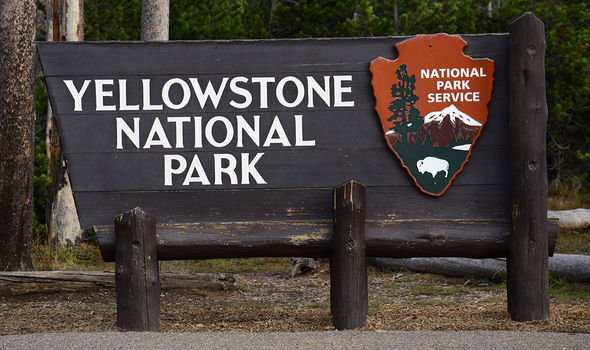 It was also revealed on USGS’s website how scientist Greg Vaughan made an “abnormal” find after using NASA’s thermal satellites MODIS and ASTER.

It reads: “Vaughan used nighttime MODIS data to establish background thermal patterns and to quantify how much temperatures would have to change to be detectable with modern spaceborne techniques.

“Most natural thermal changes at Yellowstone within the past decade are around the detection limits of the technique, providing hope for future monitoring during more active periods.

“Vaughan was able to use ASTER to create maps showing regions where abnormal amounts of heat are released, called thermal anomalies, and also to estimate surface temperatures and other aspects of heat flow at Yellowstone.”