Nine knee surgeries, plastic surgery on a broken nose, and ankle surgery – all by the age of 24. If Alex Bunton gets the call she has been dreaming of, all the heartache will have been worth it.

The injury-plagued 24-year-old is in line to become Canberra's first homegrown female talent to represent Australia at the World Cup in 32 years after shaking off a nightmare run. 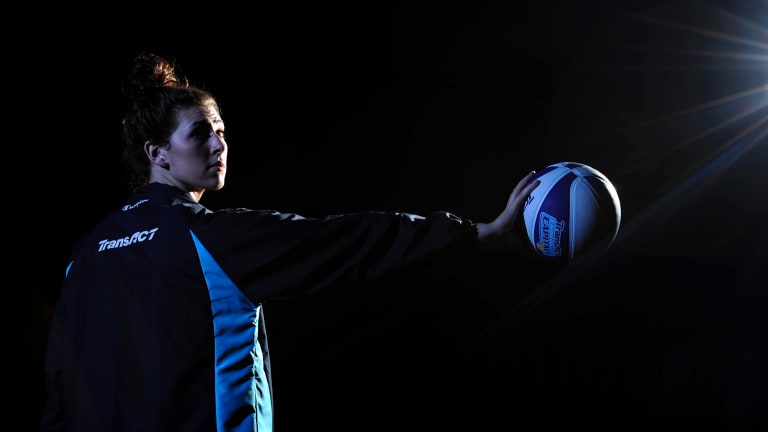 Alex Bunton is in line for an Australian call-up.

Over the past 10 years Bunton has endured an injury run that would have forced most ordinary players into retirement.

Instead, she has put herself in the mix for an Australian call-up following an Opals selection camp at the AIS last week, with a squad of 12 to be selected on Wednesday for the FIBA World Cup beginning in Spain on September 22.

"For the amount of injuries she has had throughout her career, to come back and stay on track for the amount of time that she has been out, if it happens it would be a great comeback story for her," Goriss said.

"She did very well for someone that has been out injured for over 12 months with the extent of the surgery she had, she’s done a great job with her rehab through ACTAS and the AIS.

"She’s in the best shape I have probably ever seen her in and she did an awesome at camp because she is so big but she’s physically tough. She’s in great shape and she has done a great job of putting herself right in contention for the team."

For once the injury cloud isn't hanging over Bunton – instead, it is squarely on top of incoming Canberra Capitals player Kelsey Griffin.

Griffin suffered a 10-11 centimetre tear in her hamstring during the Four Nations tournament that ruled the Canberra Capitals recruit out for up to eight weeks.

The injury lay-off may keep the American-born Australian star out of what will likely be her final chance to play in a World Cup, given she will be on limited minutes during preparation and in games. 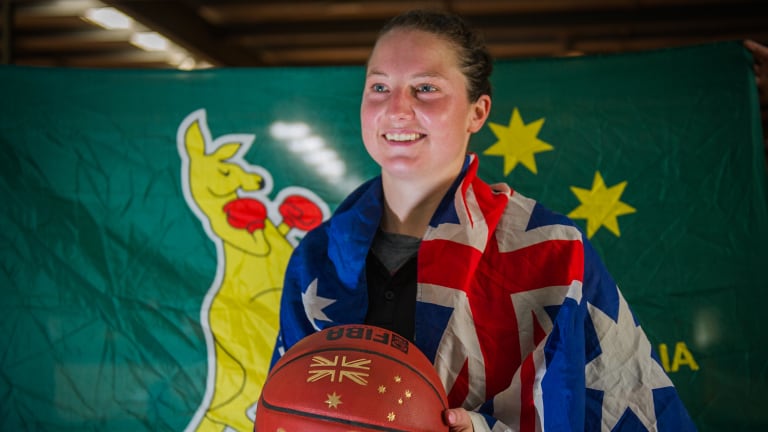 Brondello's WNBA commitments meant she wasn't at camp but she watched every session and game via video link to provide feedback to coaches and players.

Mitchell was not required to attend the selection camp at Basketball Australia's Centre of Excellence due to her WNBA commitments, with the same situation facing Whitcomb, Liz Cambage, Cayla George and Rebecca Allen.

"It just comes down to out of those three naturalised players about what position we need filled, and of course they’re all different. Leilani is a point guard, Whitcomb is a shooting guard, and then you’ve got Kelsey who is a four.

"It just comes down to the make up of the team and what we need out of what position."

As Griffin races the clock, her Canberra teammates Marianna Tolo and Kristy Wallace will be forced to watch from afar as they continue their comebacks from anterior cruciate ligament tears.

Meanwhile, Canberra's Issie Bourne has been named in the Australian Gems squad ahead of the FIBA under 18 Asian championships beginning in India on October 28.