Despite the World Cup-winning midfielder being the designated spot-kick taker and the skipper for the visit from Leicester, the cheeky Chilean chanced his arm. 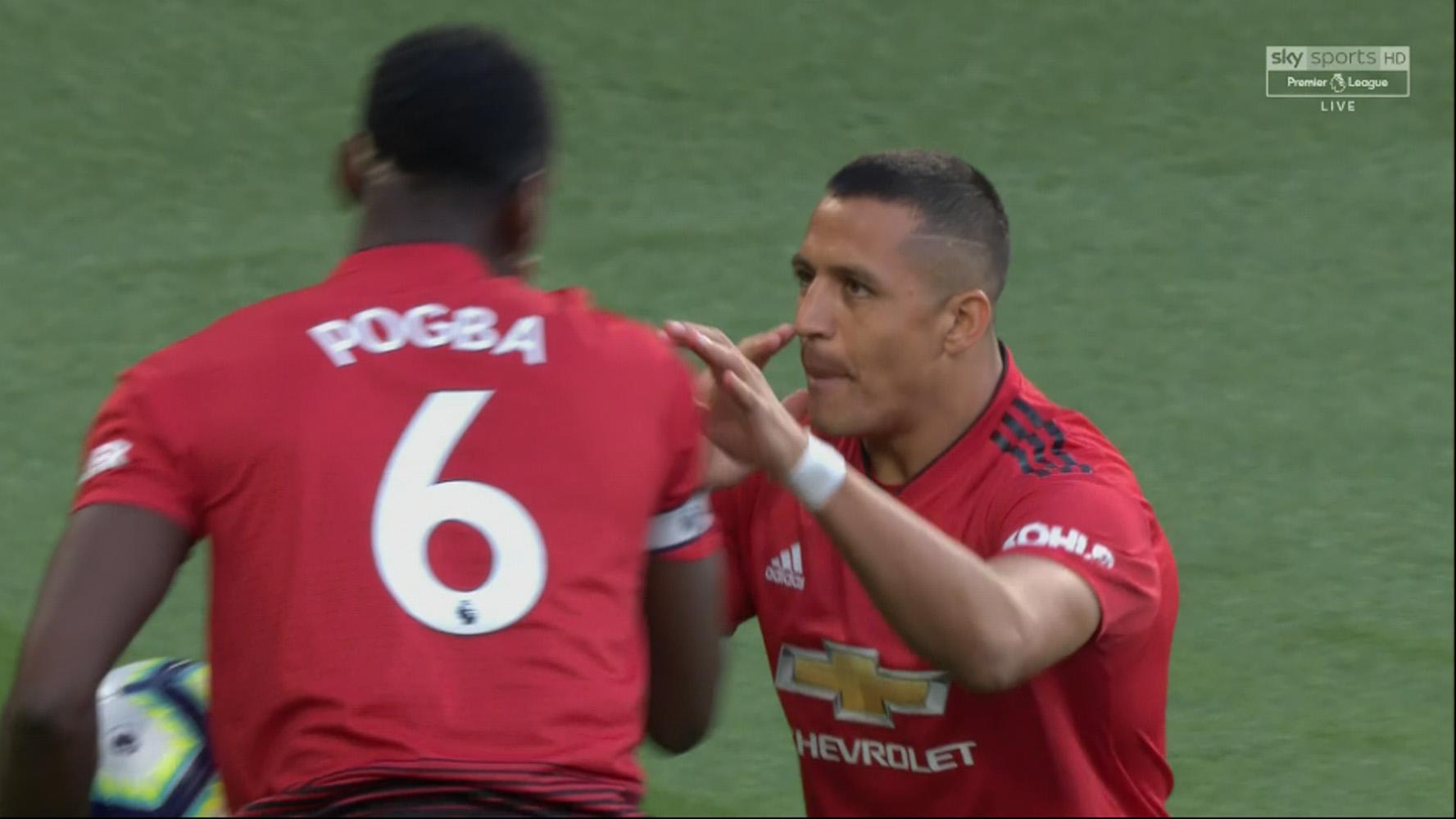 Looking up to the towering 25-year-old, Sanchez begged for the chance to open his account for the season against the Foxes.

But Pog held firm, and then his nerve, before a stuttering run-up forced Kasper Schmeichel into an early dive and he dinked home.

And Pogba insisted it was a friendly chat and the ex-Arsenal man might get the nod to take the next one if he decides to give his odd style a break.

He said: “We don’t have one (a designated taker), the manager puts names up but we decide how we feel, maybe the next game I can leave it to Alexis.

“It’s my style, I have always done it but I know it is long and it disturbs the goalkeeper. I know what I would hear if I miss it.” 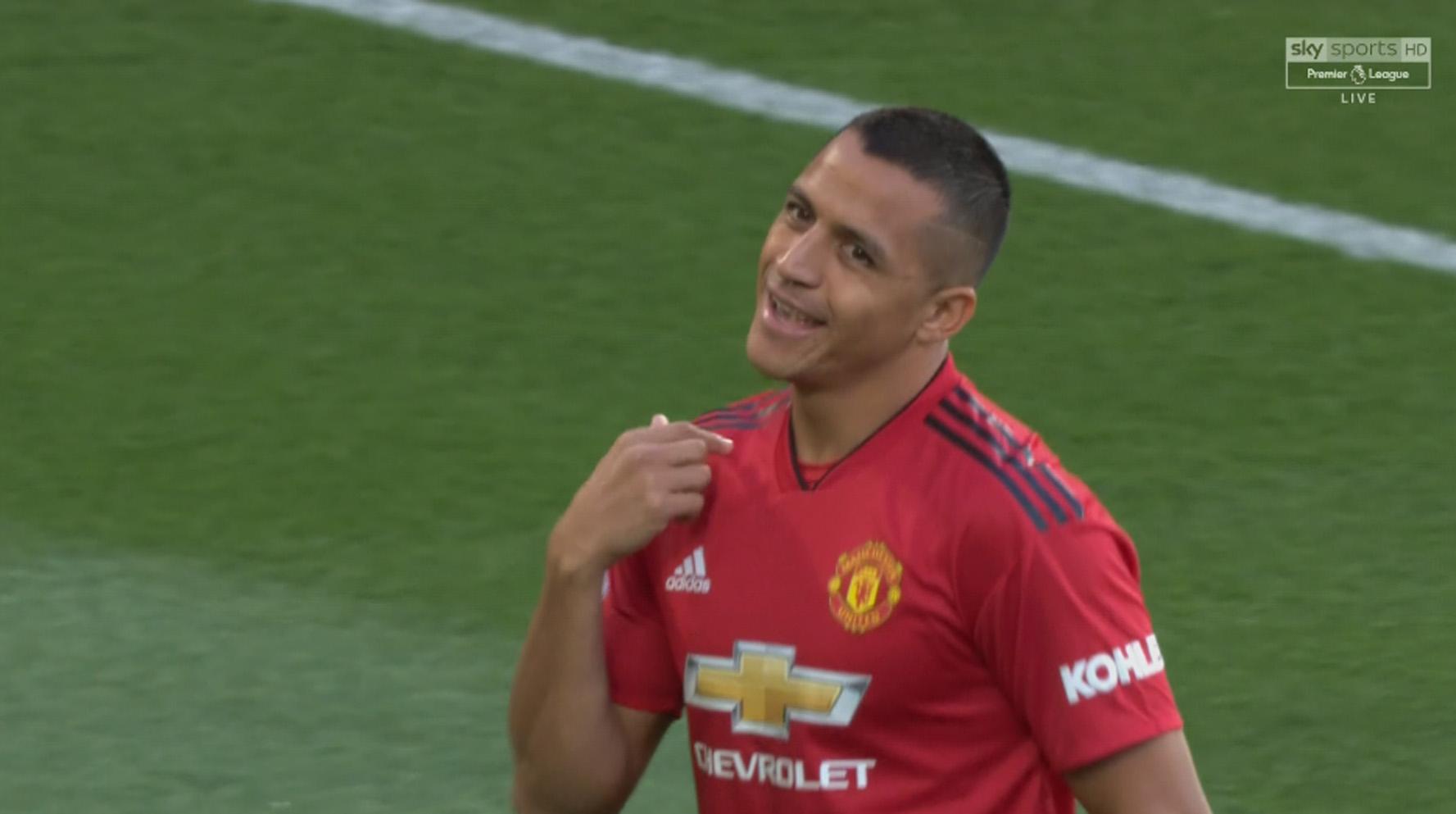 Carragher: “That’s Sanchez. He wants it! They both want to get off the mark. But the World Cup winner is having none of it.

Guessing the Frenchman’s winning argument, he said: “I’m the captain. My ball.”

At half-time, Neville explained how the commotion is an unsettling distraction after the backroom staff have spent weeks preparing for the high-pressure situations.

The former Old Trafford captain said: “It always makes me wonder when these chats happen because obviously all the analysis that the coaches do pre-match. 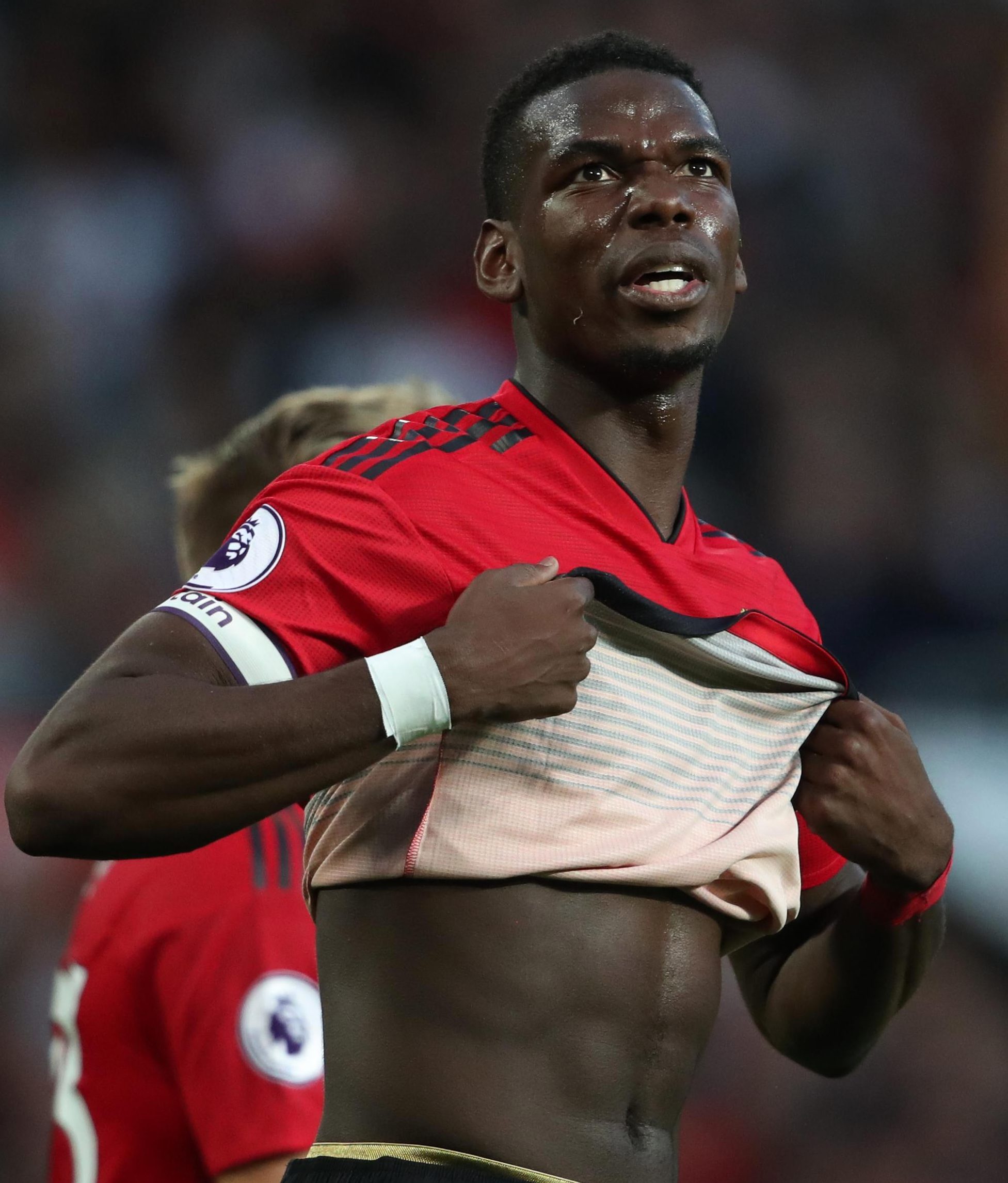 “They put all the set-pieces on the boards, the penalty takers, the free-kick takers, but there is definitely a debate there about who is going to take it.

“I know that Paul Pogba handed one to Alexis Sanchez last season but he wasn’t going to give this one away.”

Pogba said after the game that Manchester United do not have a penalty taker and that Sanchez could step up next time.

"The manager has names but after, it’s how we feel.

"I decided to take it, I was one of the names and in the next game, I can leave it for Alexis next time, it’s not a problem."