Huesca took a shock lead through Cucho Hernandez but Messi got the Barcelona ball rolling soon after. 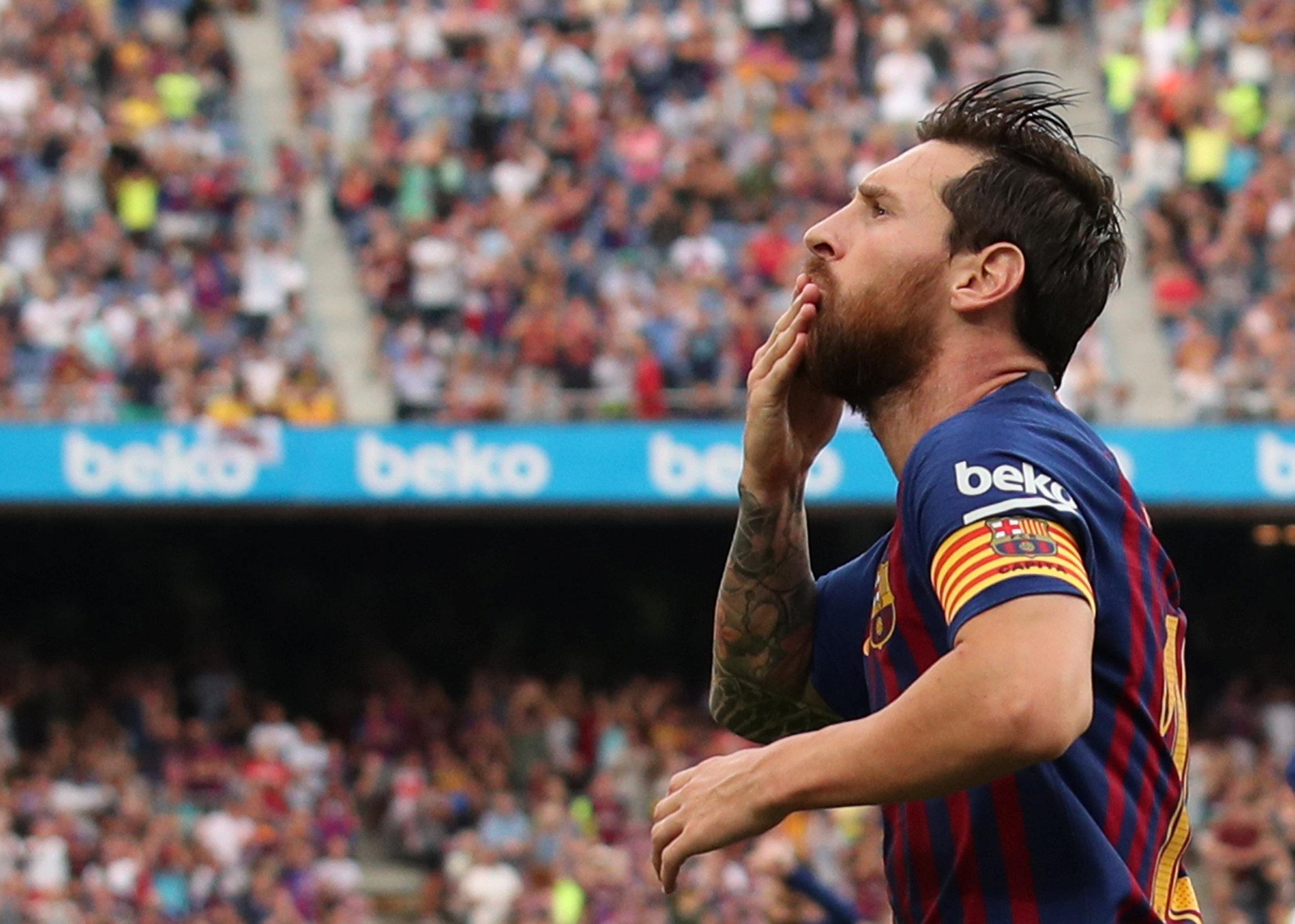 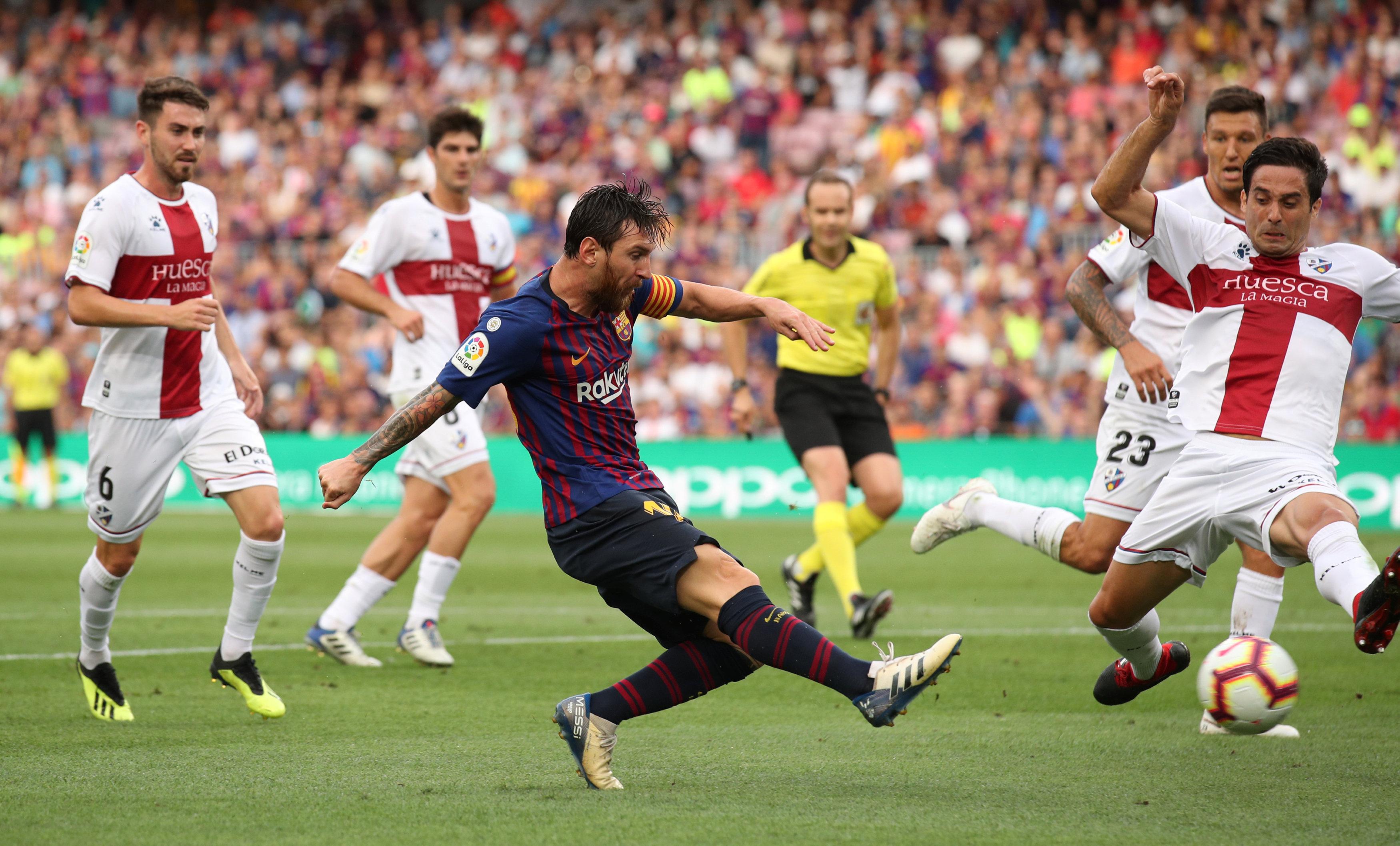 And once it got rolling, it did not slow down, despite a very brief hiccup on the stroke of half-time.

In the end it was a comfortable win for Ernesto Valverde's team who maintained their perfect start to the new campaign.

The 19-year-old Hernandez, on loan from Watford, headed the visitors in front after just three minutes but then it was, as usual, the Barca show.

Messi lashed a right-footed shot into the far corner with quarter of an hour played to level things up, not dissimilar to his goal against Nigeria at the World Cup, before Jordi Alba made himself known to the Huesca defenders. 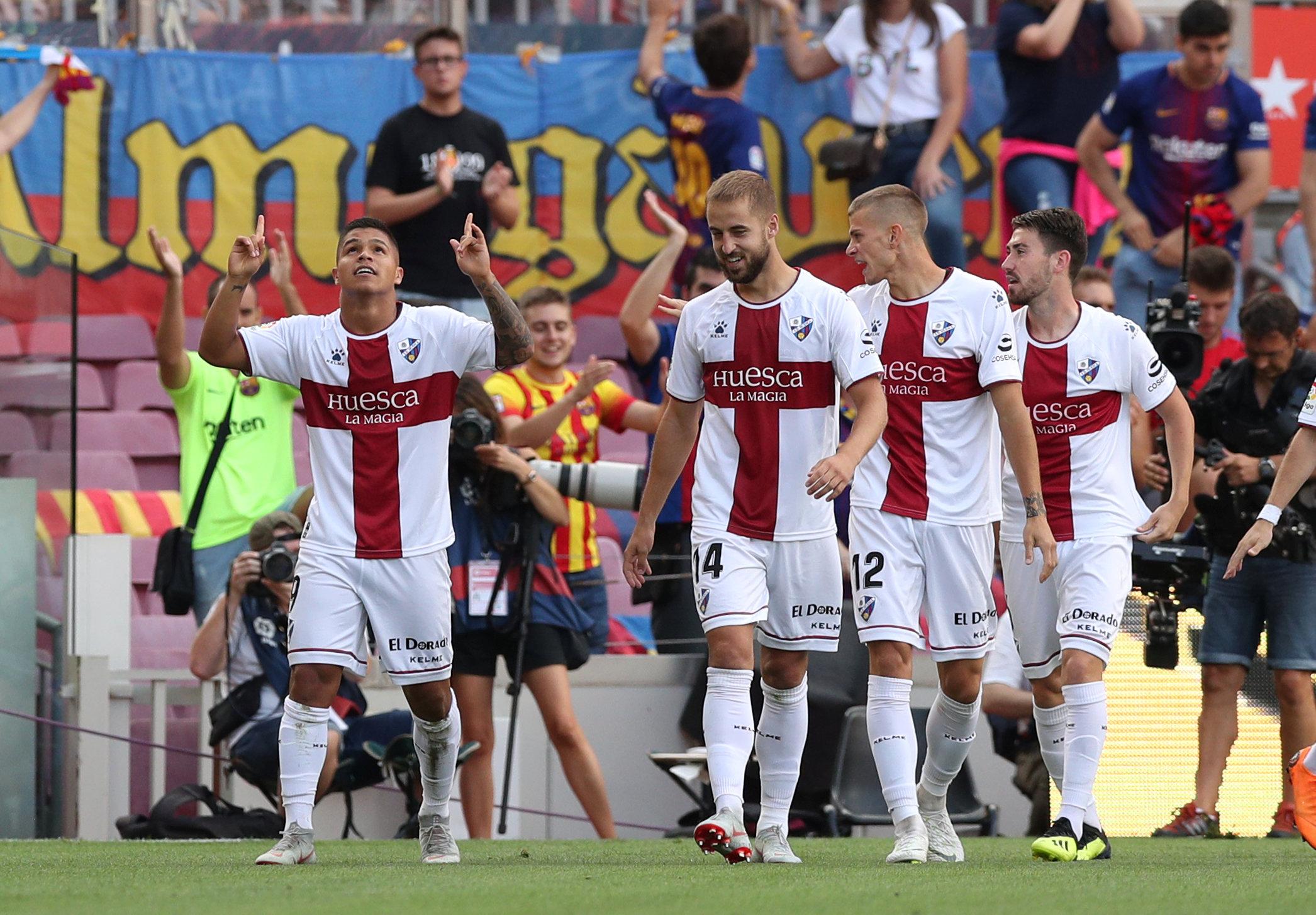 The flying full-back got to the byline repeatedly and forced Jorge Pulido to turn into his own net from close range despite the best efforts of Axel Werner in goal.

Alba was involved again when he beat the offside trap, confirmed by VAR, and squared for Luis Suarez to slot home at the near post.

But just before half-time, Moi Gomez latched on to a looping ball in the Barcelona box and played it across for Alejandro Gallar Fakguera to halve the deficit.

It took just 75 seconds of the second half for Messi to go close again, volleying against the underside of the bar from close range but just a minute later Ousmane Dembele latched on to Suarez's inch-perfect through ball and arrowed in via the post. 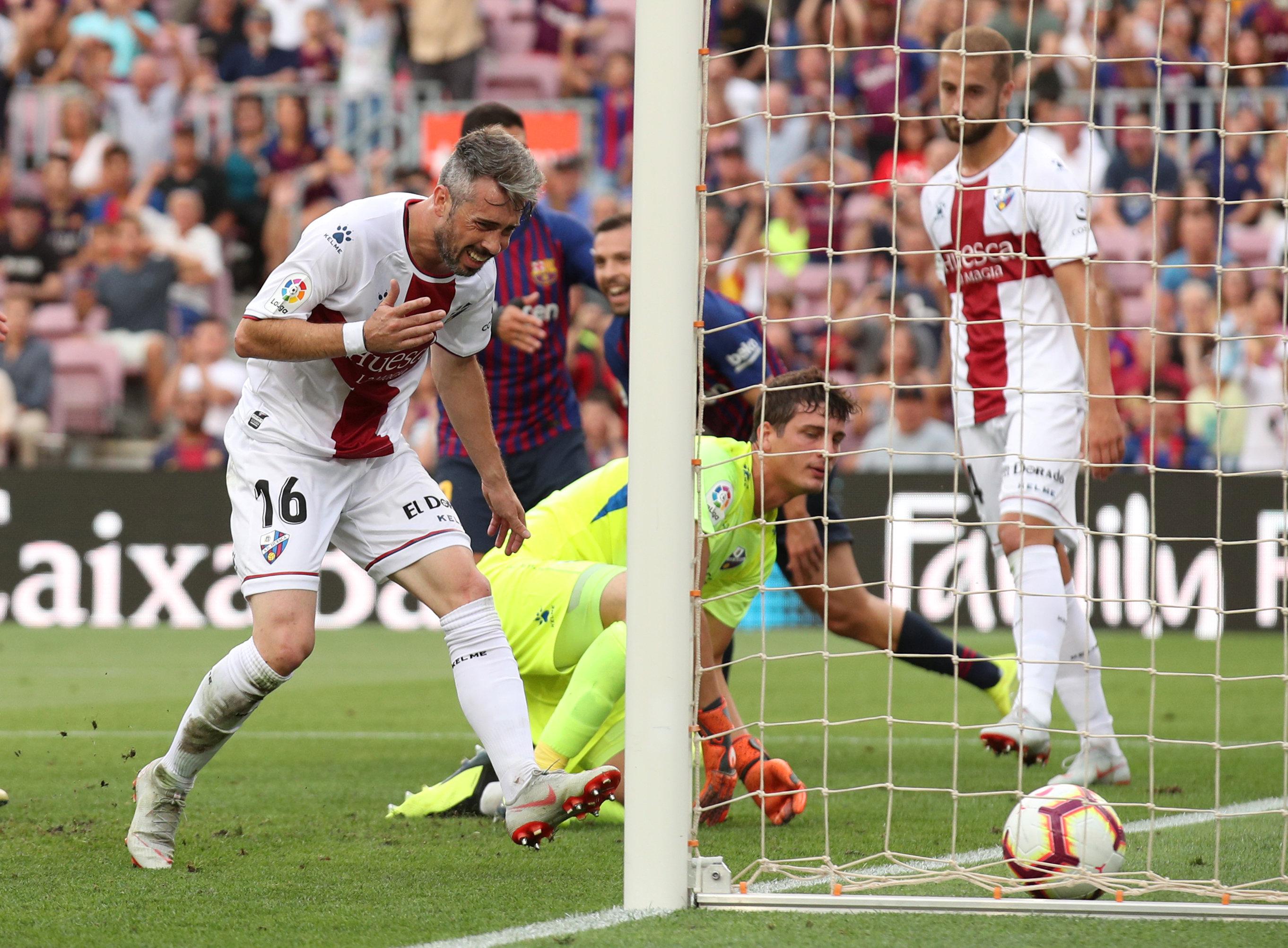 Ivan Rakitic cut a sweet volley into the far side-netting to make it five before Philippe Coutinho threaded Messi through and he made no mistake. When does he?

The goals appeared to dry up after that, as 20 minutes passed without Werner picking the ball out of the net.

But Messi turned provider with ten minutes remaining, feeding Alba who was onside again and showed composure his captain would have been proud of. 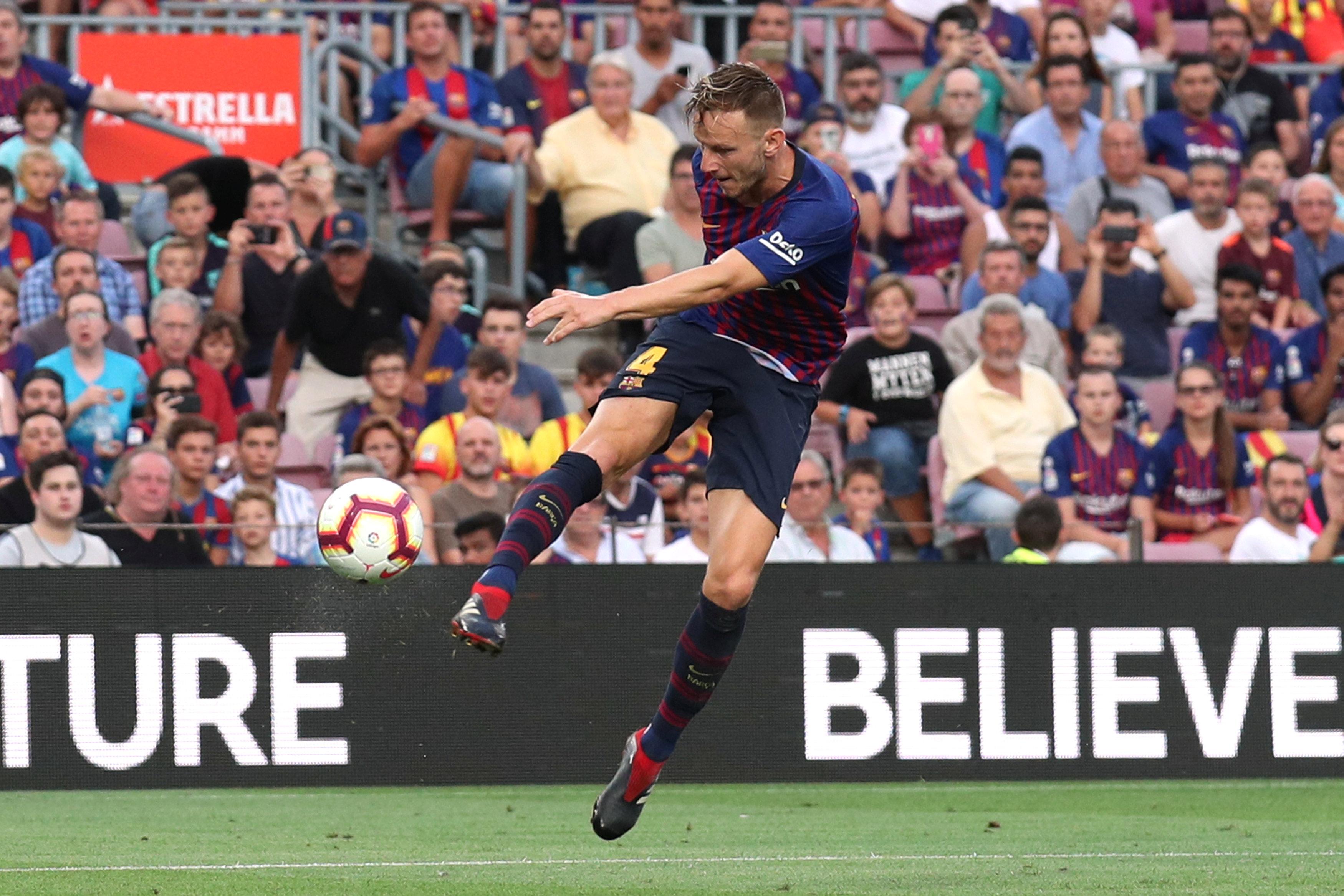 It would have been the perfect ending to a pulsating match between two sides who both wanted to attack, it was just that one had Jordi Alba and a certain Lionel Messi.

But Suarez did get his second in the final minute after being brought down in the box and captain Messi gave up the chance to complete his 42nd hat-trick so the Uruguayan could get his second.

They hit eight in the end, it could have been 14 in truth as the La Liga table has an ever so familiar look to it, with Barcelona and Real Madrid out in front, the only teams with a perfect record.

And judging by tonight and Los Blancos' performance last night, we could have a ferocious battle for top spot come May. 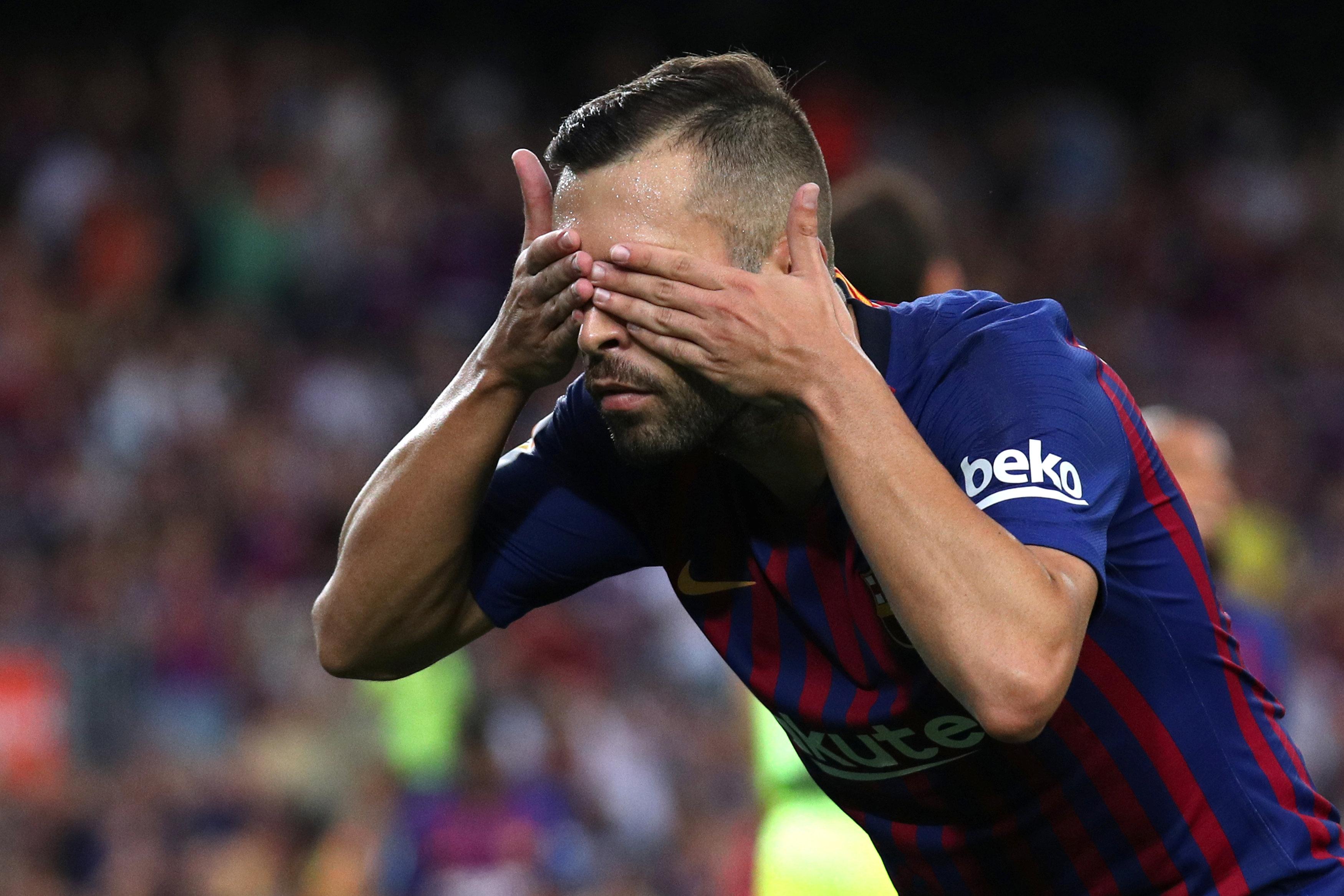 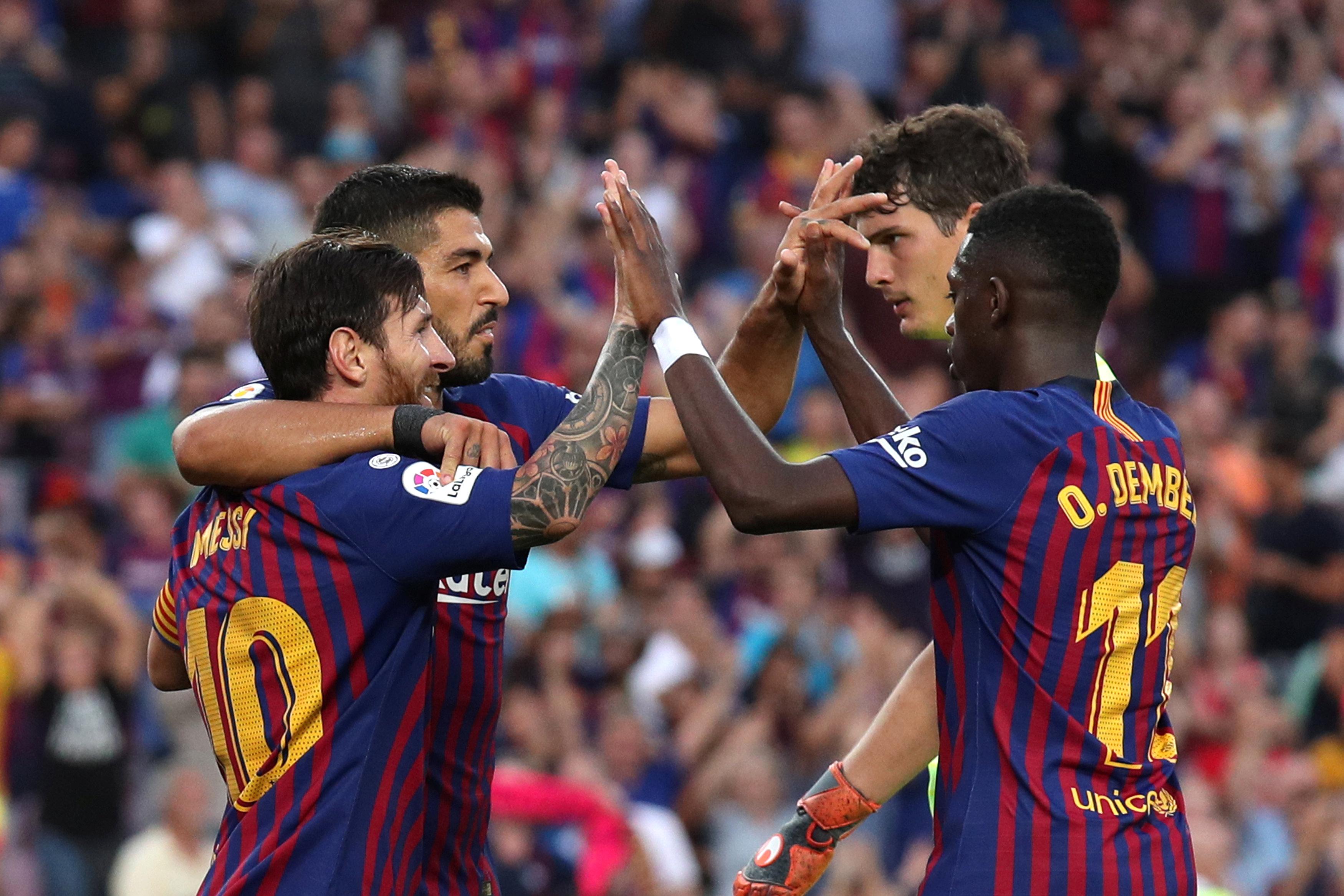