Home » Sport » Bogut in injury scare ahead of NBL start

Andrew Bogut insists he will play in Sydney's NBL opener with his coach predicting he could log up to 33 minutes in games through the season.

The former NBA No.1 draft pick and centre suffered a knock to his left knee on Thursday and left the court to have it iced. 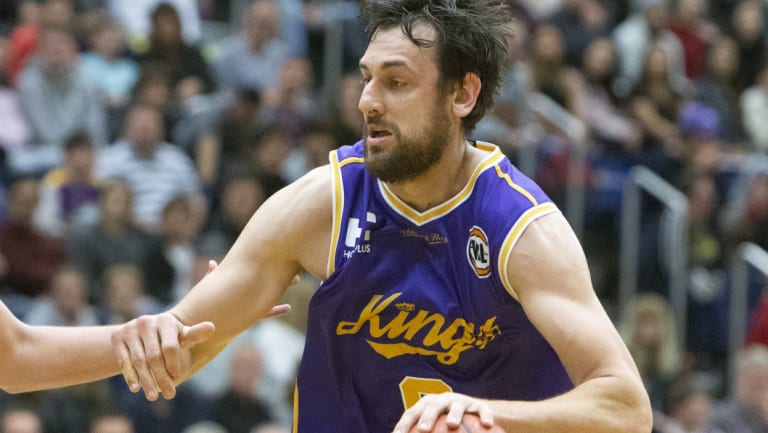 "It was knee to knee. I'll put some ice on it and I'll be fine for Saturday," Bogut said.

Bogut was also involved in a incident in which guard Tom Wilson fell over him and needed to have his right ankle iced, though Gaze was hopeful the promising youngster would be right for Saturday's home clash with Adelaide.

The Kings' prize recruit has hardly missed a session during the pre-season.

"His fouls and energy level is going to be the determining factor but we're going to play him as long as we possibly can," Gaze said of Bogut.

"I think realistically he's going to be in that 27-to-33-minute range, if there's some fouls maybe a little less."

Bogut was looking forward to finally playing some competition games.

"I'm used to an NBA pre-season, two weeks maximum, so two-and-half, three months is a long pre-season beating up each other and looking forward to doing it against Adelaide on Saturday."

Gaze insisted his team were still very much the hunters and were in chase mode despite being widely labelled title favourites.

"We've got to catch up to the Perths, the Melbourne Uniteds, the Adelaides, New Zealand," Gaze said.

"Forget about all the rubbish you might read or what other people say, the reality is they've achieved a higher level of success than what we have.

"Until such time as we can reverse those fortunes we know we're coming from behind and we've got to be respectful and appreciate that we've got a lot of catching up to do."

Sydney have lost their last nine games to Adelaide, the only team Gaze has yet to get a win against after two seasons in charge.

"We go in with a plan about how we're going to do it but we've got plan B and possibly C," Gaze said.

"I know the type of motor that those guts have, they have a never-give-up attitude," Randle said.