Home » Sport » Bumble hosts his version of The Indoor League in Grenada – with ring toss and arm wrestling! 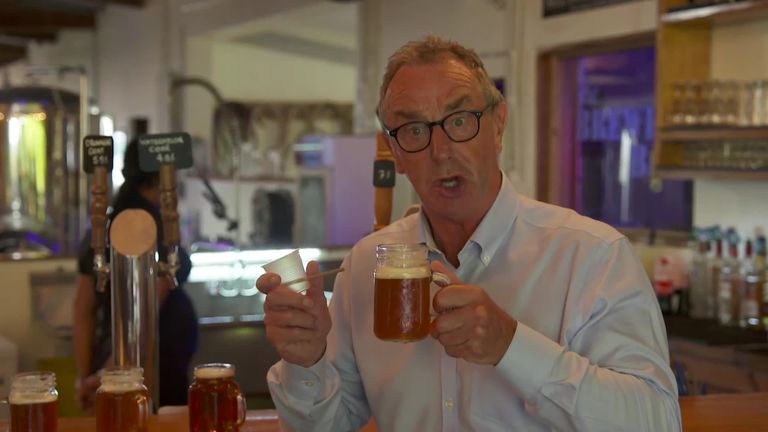 David Lloyd can rarely resist impersonating Fred Trueman – and had good reason to as he hosted a version of The Indoor League in the Caribbean!

Bumble propped himself up at the bar, performed his best Yorkshire accent and commentated as punters squared off in darts, whippet racing – are you sure that’s a whippet? – ring toss and arm wrestling.

Fast-bowling great Trueman, who passed away in 2006, helmed the pub-games competition between 1972 and 1977 – whereas Bumble took charge for a short time earlier this week in Grenada, the venue for England’s third and fourth one-day internationals against Windies.

The third ODI was a damp squib – washed out without a ball being bowled – but the same cannot be said of Bumble’s Indoor League, with a victor in the ring toss and a ding-dong battle in the arm wrestling!

Mr Lloyd was flagging by the end of it – must be something to do with those empty glasses, eh Bumble?…

You can also follow over-by-over commentary and in-play clips on our rolling blog on skysports.com and the Sky Sports app.