Cricket ACT chairman John Miller is prepared for the governing body to be without a chief executive for the start of the season as Cameron French pulls up stumps on his time in charge.

French's three-year tenure at Cricket ACT came to a close on Friday as he prepares to take on a senior position with the Australian Sports Commission next week. 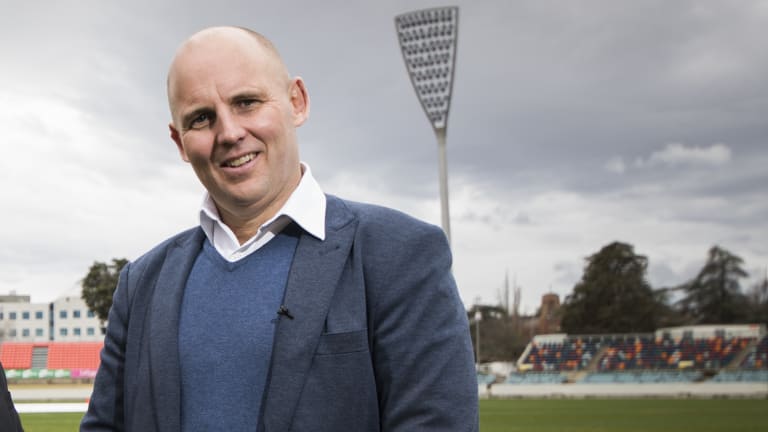 Miller says "Cameron's legacy will live on for a long time in a very positive way" and "the proof is in the pudding" when it comes to evaluating his impact on cricket in Canberra.

Miller has been scouring the market for a replacement since French announced his departure on June 26, with early round interviews for the role expected to begin next week.

French's departure comes as Canberra braces for its biggest summer of cricket in history bookended by Manuka Oval's maiden Test match between Australia and Sri Lanka from February 1, the final instalment in a four-year deal to play international cricket in the capital.

Cricket ACT general manager of commercial, competitions and operations Matthew Phelps has taken the reins in the interim as the governing body sifts through a host of applications for the vacant role.

"We didn’t have the luxury of starting someone brand new on the same day, it will be a long process," Miller said.

"We’ve had what we would consider a high-quality field of candidates. We’re still sifting through some of that at the moment.

"The ideal world would have been to have someone in place. We want to have someone there as close to the start of cricket season as possible, it might go a little bit beyond that.

"But having said that, we’ve got confidence in the team who are there that they will be able to manage in the interim. Plus, Cameron has provided some very good documentation to help make sure we’re on top of all those matters we need to.

"Obviously there is a big calendar of cricket coming up and we’ve got a good handover process in place."

Cricket ACT officials are working with the ACT government and Cricket Australia to renew a four year deal to pave the way for more international spectacles in Canberra.

The region's elite calendar will be opened by a women's Twenty20 international between Australia and New Zealand on October 5, before the Prime Minister's XI face South Africa in a one-day game on October 31.

NSW will host reigning Sheffield Shield champions Queensland from November 16 while the Sydney Thunder could play up to two Big Bash League matches in Canberra.

French believes he is leaving the game in a good place as he prepares to assume the role of deputy general manager of participation and business performance at the Australian Sports Commission on Monday. 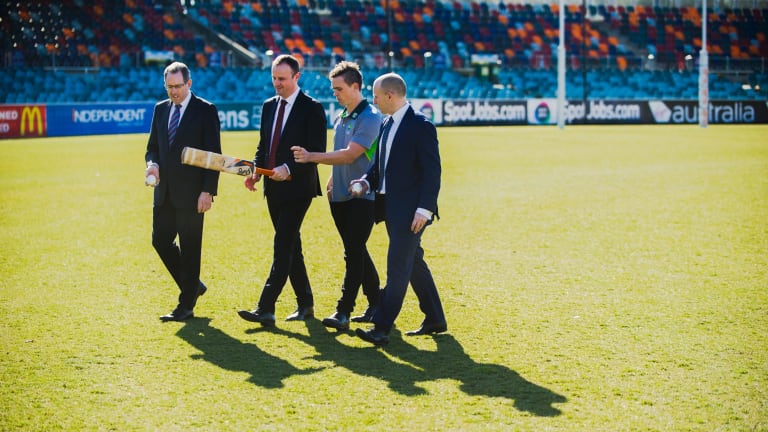 His major role will be to lead the sport and physical activity sector whilst delivering health, education and community programs.

"I’m just really proud of where Cricket ACT has come over the past three years. With wonderful support from the board and a terrific team of staff, we’ve been able to get a lot done in that period," French said.

"That’s highlighted by the Phillip Oval training centre, we’ve posted three budget surpluses in a row and established Manuka Oval as a home for international cricket. That doesn’t happen without great support from the board and staff, and the greater Canberra community.

"The thing that will have the biggest impact on cricket in the region will be the Phillip Oval complex that we’re just starting to maximise at the moment with pre-season training, and making Canberra that true hub for the greater region.

"As that gets established and more people use it, we’ll continue to produce great athletes and have a really good centre for our clubs to train and play at."