Canberra is set to host Australia's best athletes at a two-day festival next year after Athletics Australia revamped its summer schedule for a showdown at the AIS track.

The event in the capital is one three new concepts for the schedule of races, which also includes a Nitro schools challenge in Cairns and a week-long national championships in Sydney. 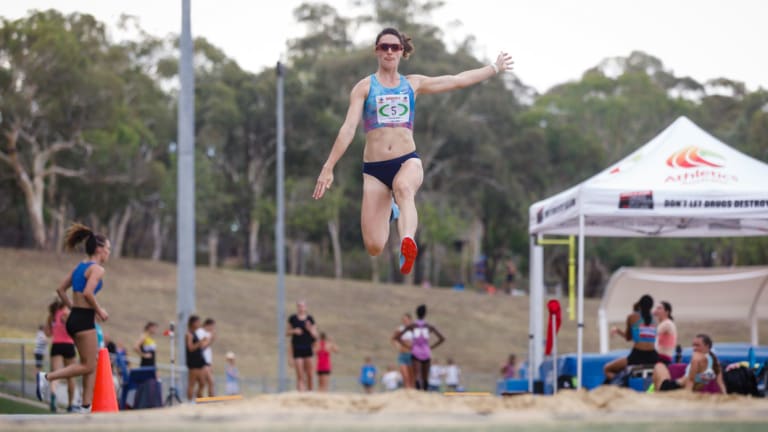 Leap of faith: Athletics ACT will host a “festival of athletics” in Canberra next year.

Athletes will also compete in a street pole vault and shot put, as well as hosting the world cross country trials and a high performance meet at the AIS on January 27-28. The ACT athletics championships will be on February 8-10.

An international results ranking overhaul sparked fears Canberra's top athletes, including Melissa Breen and Lauren Wells would be forced to desert their home track in the coming years to search for world championship and Olympic Games qualifiers.

But the AIS track is considered one of the fastest in Australia and is highly regarded by the country's leading athletes.

“It is an exciting time for the sport in Australia with great momentum going into the summer season,” Gocher said.

Fit-again Sally Pearson is confident she can manage the delicate balancing act of peaking twice in 10 months as she chases yet more world championships and Olympic glory.

The hurdling superstar is now back training three days a week, having fully recovered from the achilles injury that cruelled her Commonwealth Games campaign in April.

The self-coached Pearson is yet to set a target date for her return to competition, although she hopes it will be some time during the Australian domestic season.

In one way the pressure is off, as she is guaranteed a start at the October 2019 world titles in Doha as the defending 100m hurdles champion.

From there it's just 10 months to the 2020 Tokyo Games beginning in late July, where Pearson could become just the second Australian after fellow sprint hurdler Shirley Strickland to win the same Olympic athletics event twice.

"So everything I do now is planning for the Olympics – with a side run at the world championships.

"Because they are so close together, there won't be a lot of down-time between Doha and Tokyo.

"Now that I have that experience of what my body can and can't do I'll make sure I do everything I possibly can to back up from Doha going into Tokyo in the best possible shape."

Now just a month from her 32nd birthday, Pearson will race more sparingly in the next couple of years to save her best for the major meets.

"But I can't stay away for too long," she told reporters on Thursday at the launch of the 2018-19 Australian summer season.

"I love to compete so it was never going to be a motivation problem."