Jacco Verhaeren is not a man prone to statements of grandiosity. In the recent climes of Australian swimming, where potential and results haven't always worked in perfect synchronicity, the Dolphins head coach has good reason to be guarded.

Yet even the contemplative Dutchman admits the wind has started to ever so gently fill the sails of the national squad after a strong showing at the Pan Pacs meet in Tokyo this week, an important mid-point on the way to the Olympics in the same city in 2020. 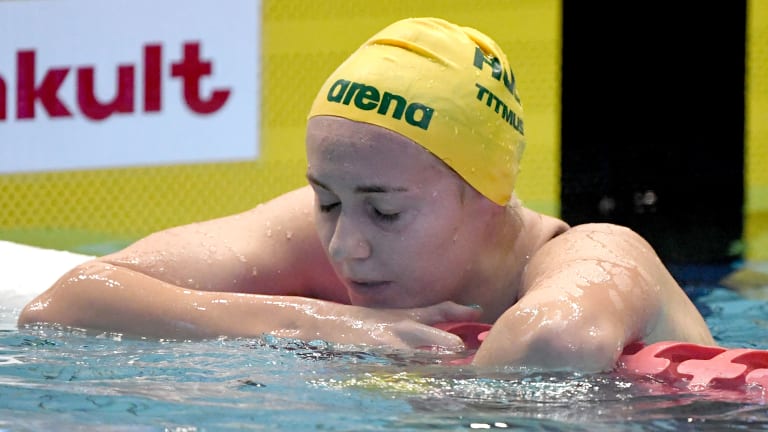 The Americans, more than 50-strong and scrambling for spots on the world championships roster next year, would not surprisingly top the medal table. But in some of the strategic pitched battles, the Australians have taken ground. In others, it has been an outright victory.

Framing Olympics ambitions purely through the prism of Australia v America isn't a particularly good metric in the modern version of the sport, even if the two nations have a celebrated rivalry in the water.

Much as Team USA was missing from the Commonwealth Games, where Australia had a predictably pleasant outing, then it's equally pertinent to remember that the Europeans have been busy with their own titles over the past week.

But Verhaeren has enjoyed what he's seen, not only from his headline talents but those in the supporting cast, who have helped Australia's relays become a force to be reckoned with.

He's loved the grit and the readiness to rumble with some of the biggest stars of the sport, with Ariarne Titmus' thunderous 400m just behind Katie Ledecky a case in point.

"I think a meet like this gives belief. You can really see that we are competitive and on some occasions, you win the close races. That’s really important," Verhaeren said.

"The world of swimming is getting denser and denser. It is about these close races. There are a few people but almost nobody wins with seconds to spare. It’s all about tenths and hundredths of seconds. We need to be good at that and I’ve seen that on a few occasions here."

Aside from the seemingly boundless improvement from Titmus, it has been Cate Campbell that has stolen the show at the Tatsumi pool. After wins in the 100m freestyle and two relays, she headed into the final night with the chance to take home five gold medals. 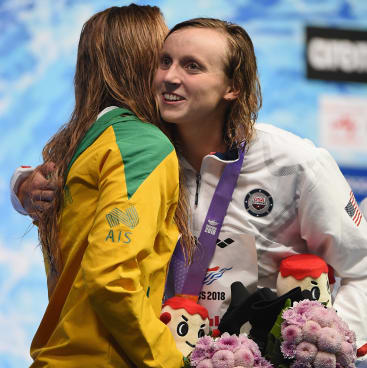 Beginning of a fine rivalry: Katie Ledecky hugs Ariarne Titmus on the podium.

Given her very public struggles after Rio, it has been the most emphatic return to serious international competition. Her doubters would say it's too little too late – or too much too soon – but it set a fire in the team that would prove to be contagious.

Now with a spring in her step once again, Campbell said it was satisfying to blunt the American efforts in Tokyo. Now they must try to do the same in two years' time at the immense Olympic venue being constructed just around the corner.

"I think that this team has performed way beyond expectations and we've really stuck it to people, the girls winning all three of the relays so far. On paper, America should be miles ahead of us," Campbell said.

"I would say we have definitely put them (USA) on notice. They came into this with their chests all puffed out and we have kind of taken a little wind out of their sails which is been really nice. There are a few less choruses of 'USA!' every time they walk past." 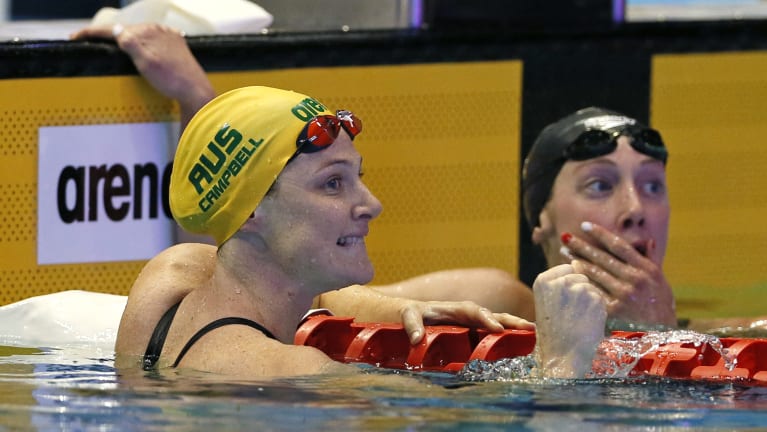 Verhaeren was staying clear of that subject: "Let’s not jinx it. I’m not here to comment on the USA results, because they have a competition within a competition. They are trying to qualify for World Championships here.

"No doubt that has a big impact on their team dynamics. Where they are used to coming together as a team, they are now racing each other for spots.

"They probably haven’t swum their best meet ever but are still pretty dominant in many events. A lot of respect for what the US is doing but we need to focus on ourselves. That’s way more important – and delivering the fight where we can deliver it. That’s the most-pleasing part." 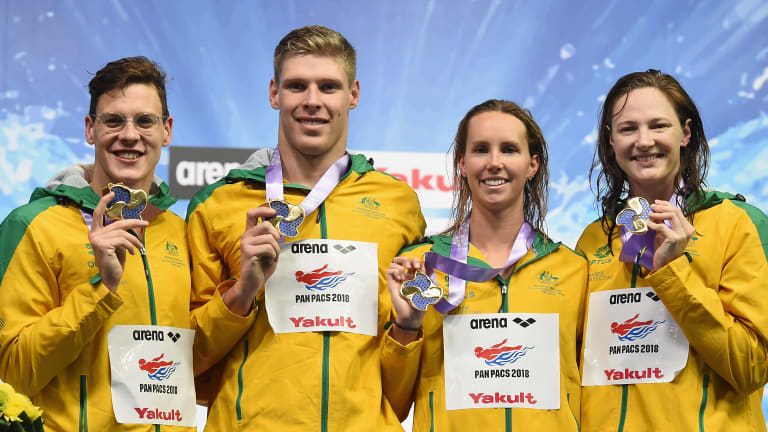 The timetable shake-up of Australian swimming has shown much early promise. Trials closer to meets has produced sharper, more race-minded swimmers in a position to deliver when it counts.

"We will have a long lead-in to the worlds. Some will opt now to do World Cups, just for the competitive experience. We still have World Short Course (December) as well. And then we have more than half a year to prepare for trials," Verhaeren said.

"It’s a relief that we have a long time after this and I think it was the missing part in the previous cycle, that people were always running from trials to events and struggled to catch their breath."