Both fighters have been temporarily suspended for the maximum ten days. 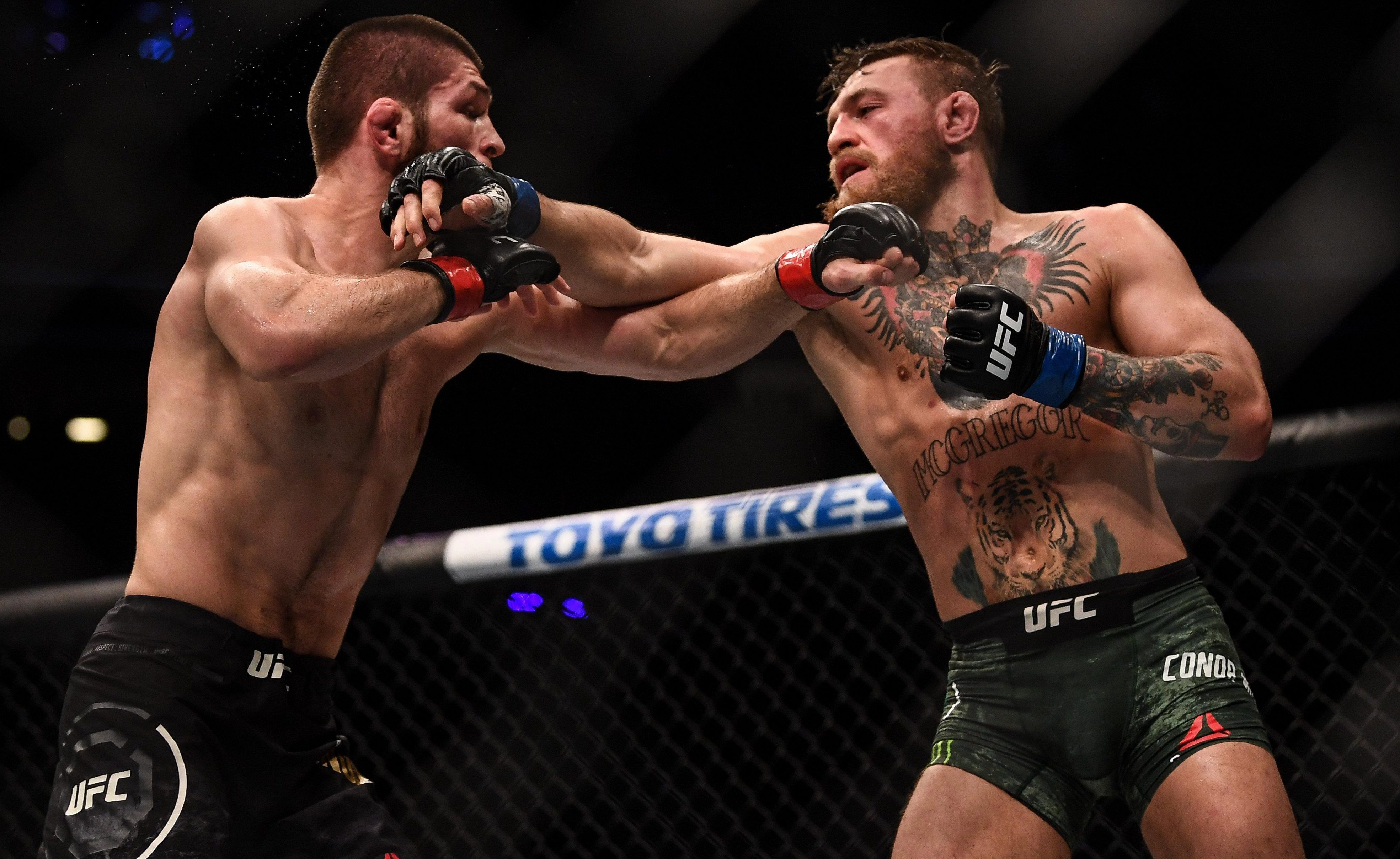 A vote will be held at the next NAC meeting to decide whether to make it indefinite pending the results of the investigation, according to ESPN.

Khabib, 30, has not yet received his $2million (£1.5million) purse for beating McGregor.

While the Irishman, also 30, could receive a sanction for reacting physically after Khabib's team-mates stormed the octagon.

Chaos broke out after the Russian forced McGregor to tap out in the fourth round with an expert neck crank. 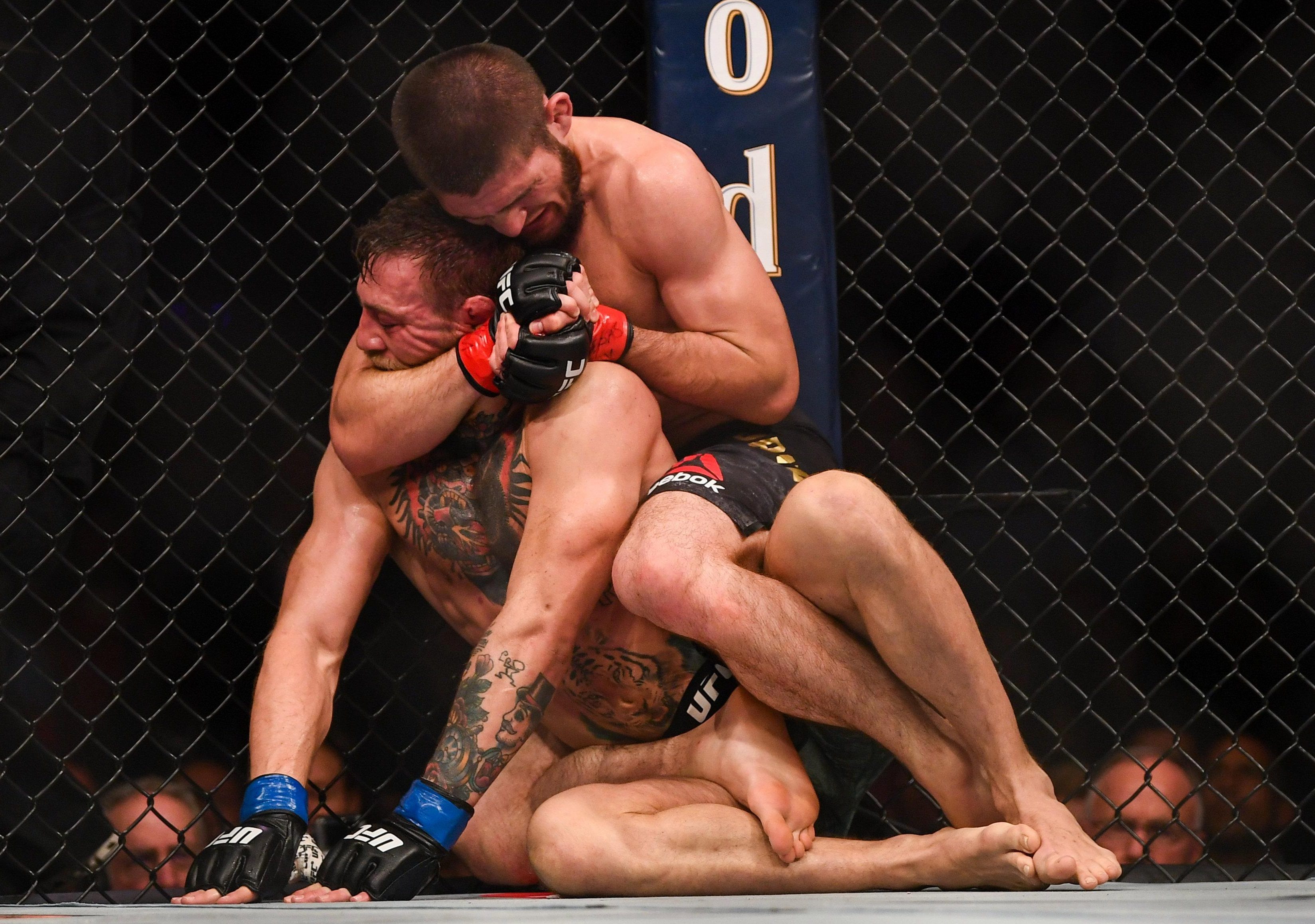 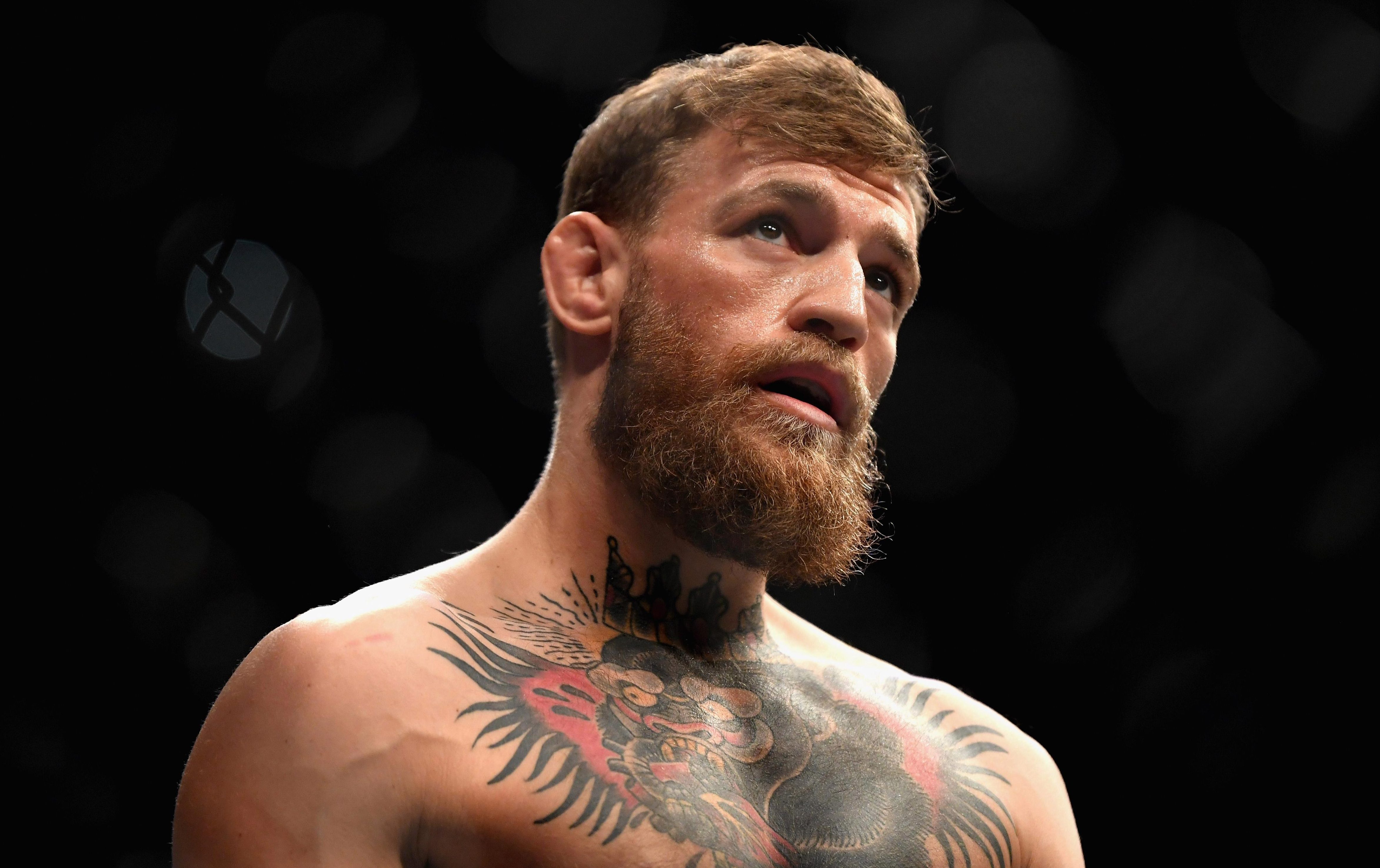 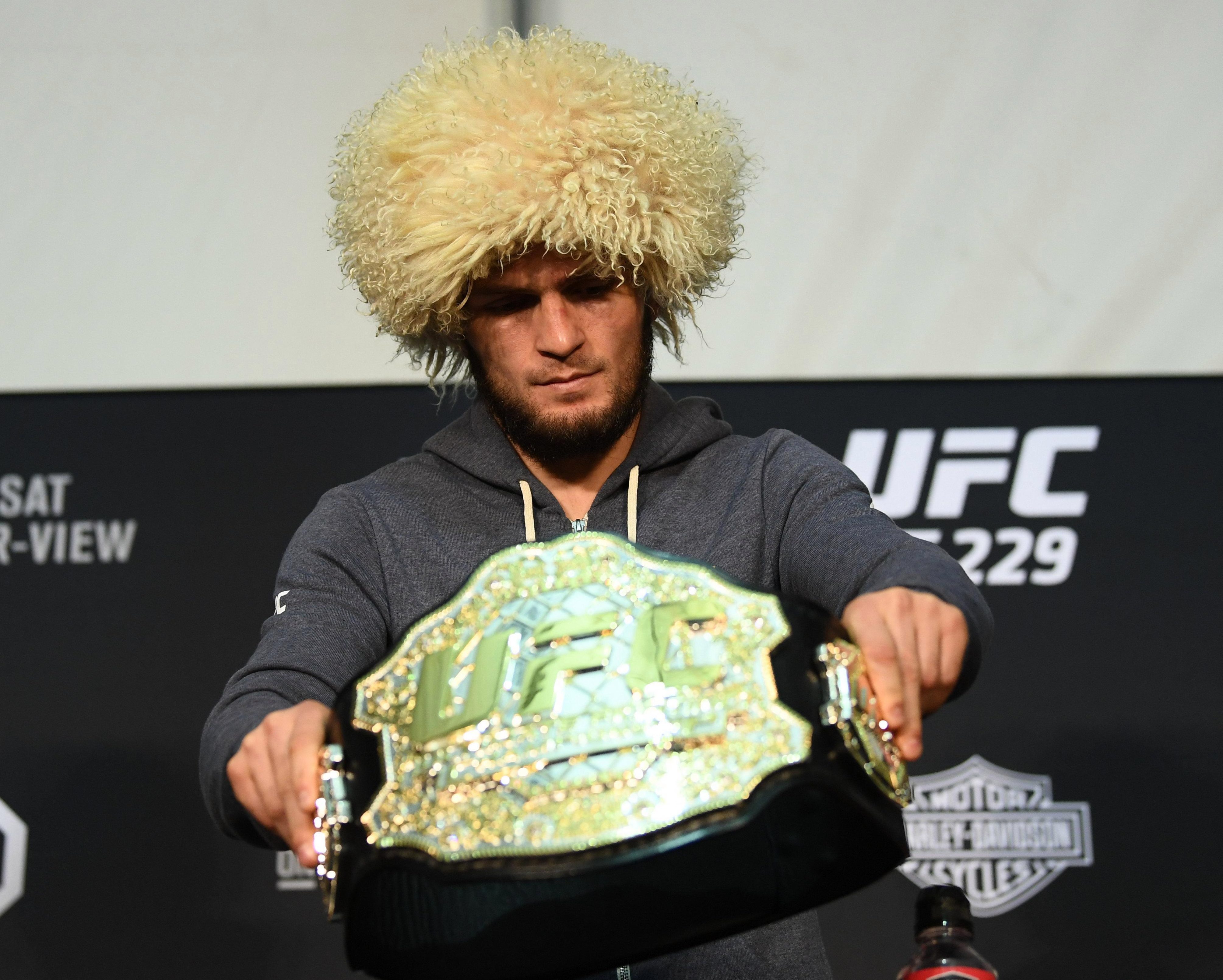 Khabib climbed out of the cage and attacked McGregor's team-mate Dillon Danis – while his own camp scrapped with the Notorious inside of it.

Reports claim Khabib lashed out after Danis called him a "f***ing Muslim rat", which the American firmly denies.

Footage shows McGregor, who has plummeted down the UFC rankings from second to eighth after the lightweight title defeat, appeared to throw the first punch during his own melee with Zubaira Tukhugov.

Meanwhile, Khabib has threatened to quit the UFC if Tukhugov is banned.

He ranted: "I would like to address @ufc. Why didn't you fire anyone when their team attacked the bus and injured a couple of people? They could have killed someone there, why no one says anything about insulting my homeland, religion, nation, family?

"Why do you have to punish my team, when both teams fought. If you say that I started it, then I do not agree, I finished what he had started. 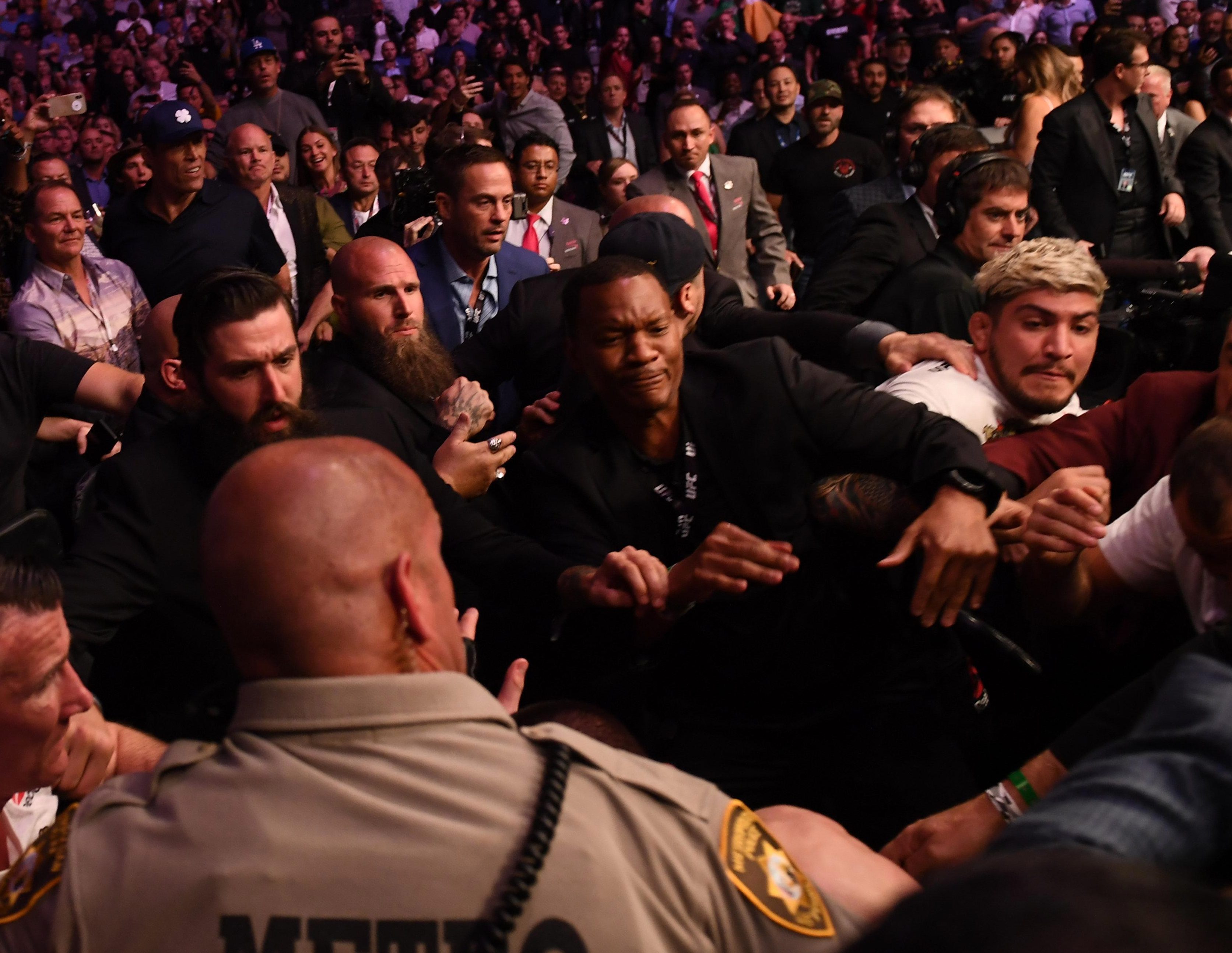 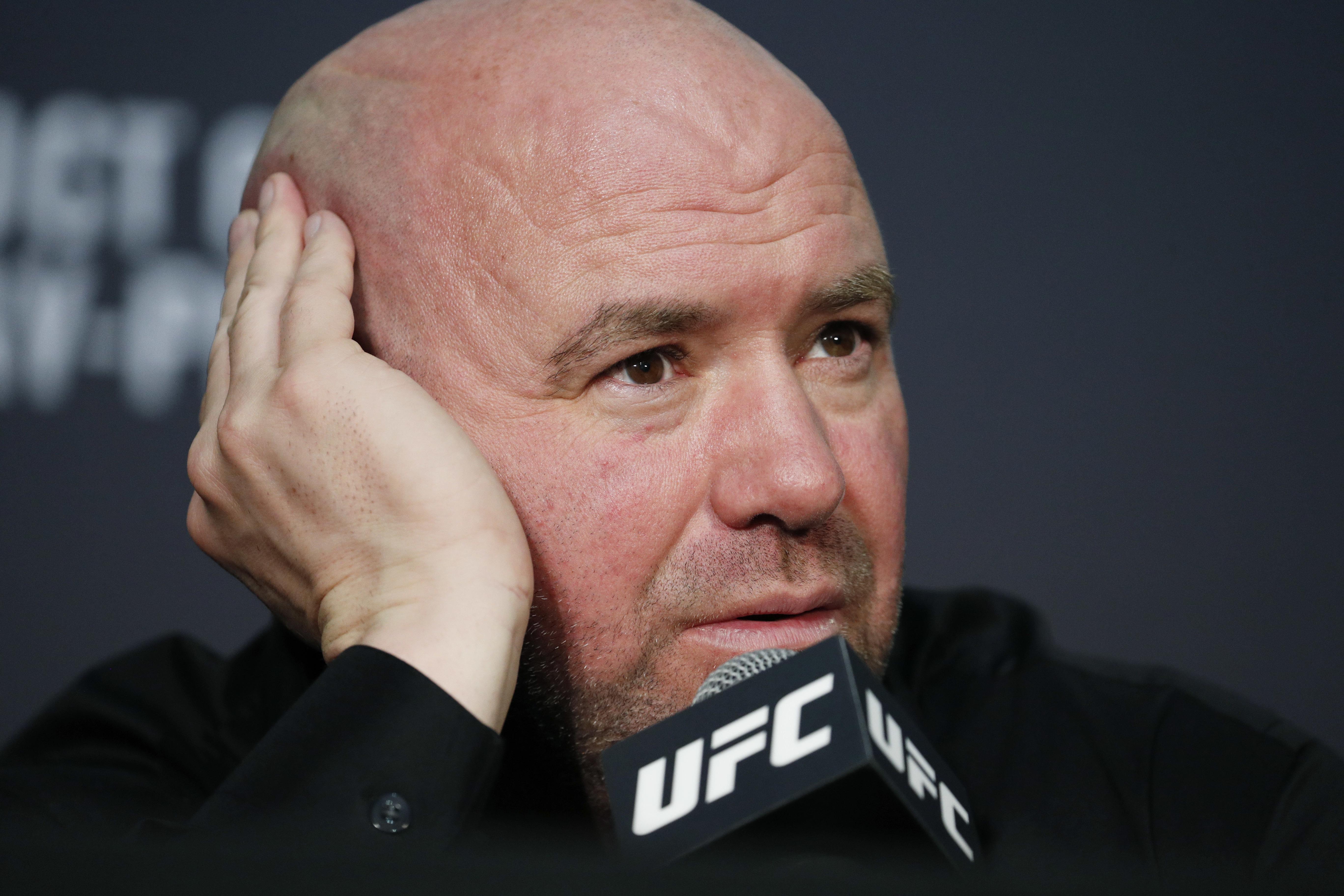 "In any case, punish me, @zubairatukhugov has nothing to do with that.

"If you think that I’ll keep silent then you are mistaken.

"You cancelled Zubaira’s fight and you want to dismiss him just because he hit Conor. But don’t forget that it was Conor who had hit my another Brother FIRST, just check the video.

"If you decide to fire him, you should know that you’ll lose me too.

We never give up on our brothers in Russia and I will go to the end for my Brother. If you still decide to fire him, don’t forget to send me my broken contract, otherwise I'll break it myself."