The Instagram rant came minutes after Ronaldo had been sent off for Juventus against Valencia for grabbing at Jeison Murillo's hair. 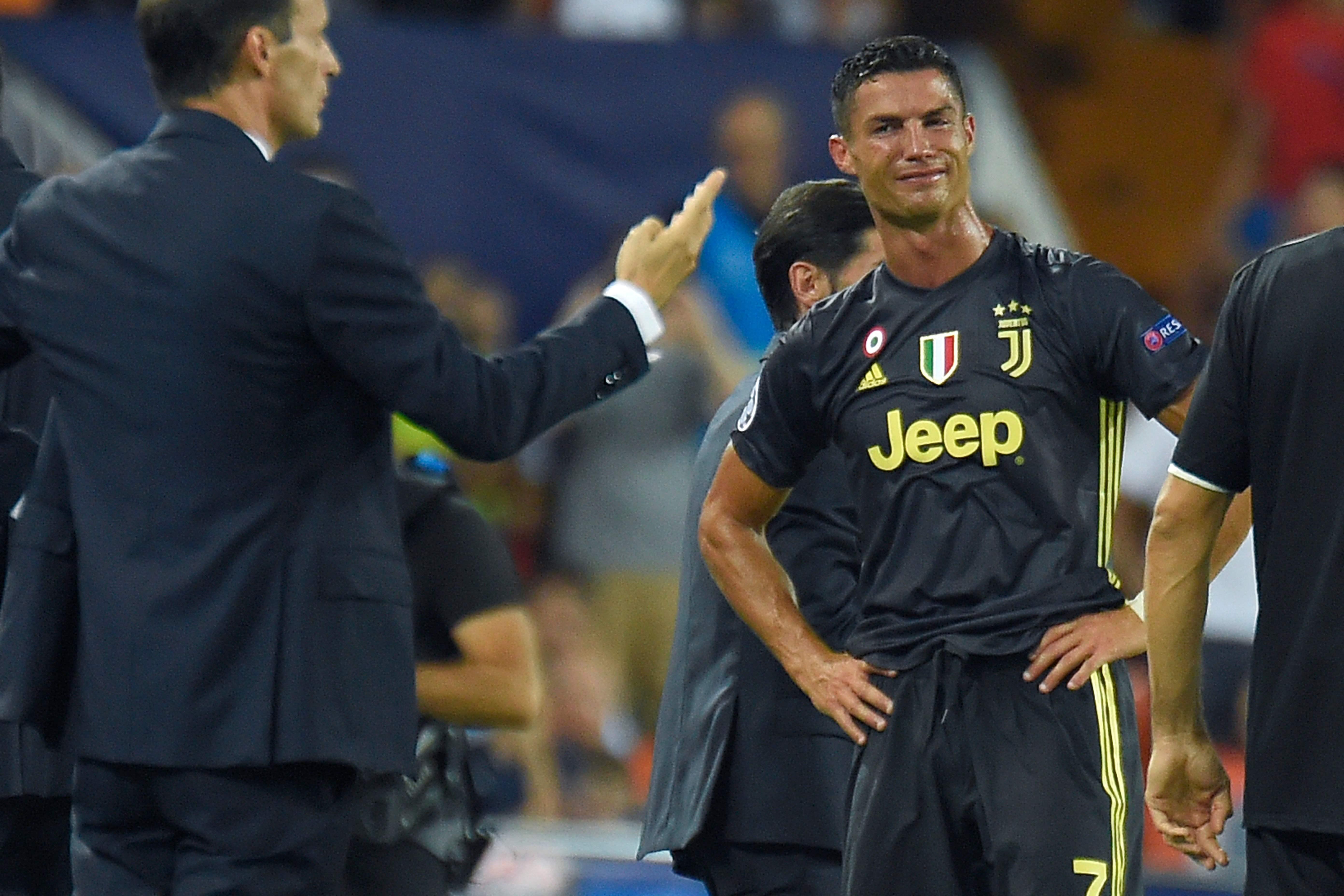 Portuguese pop star Aveiro accused an unknown force of wanting to "destroy my brother" and sent "shame on football" as she demanded justice be done.

But perhaps, should you believe in karma, justice was exactly the item served last night.

For Ronaldo, 33, may have been sent off 11 times in his 16-year career but there were plenty of occasions where he escaped the walk of shame. 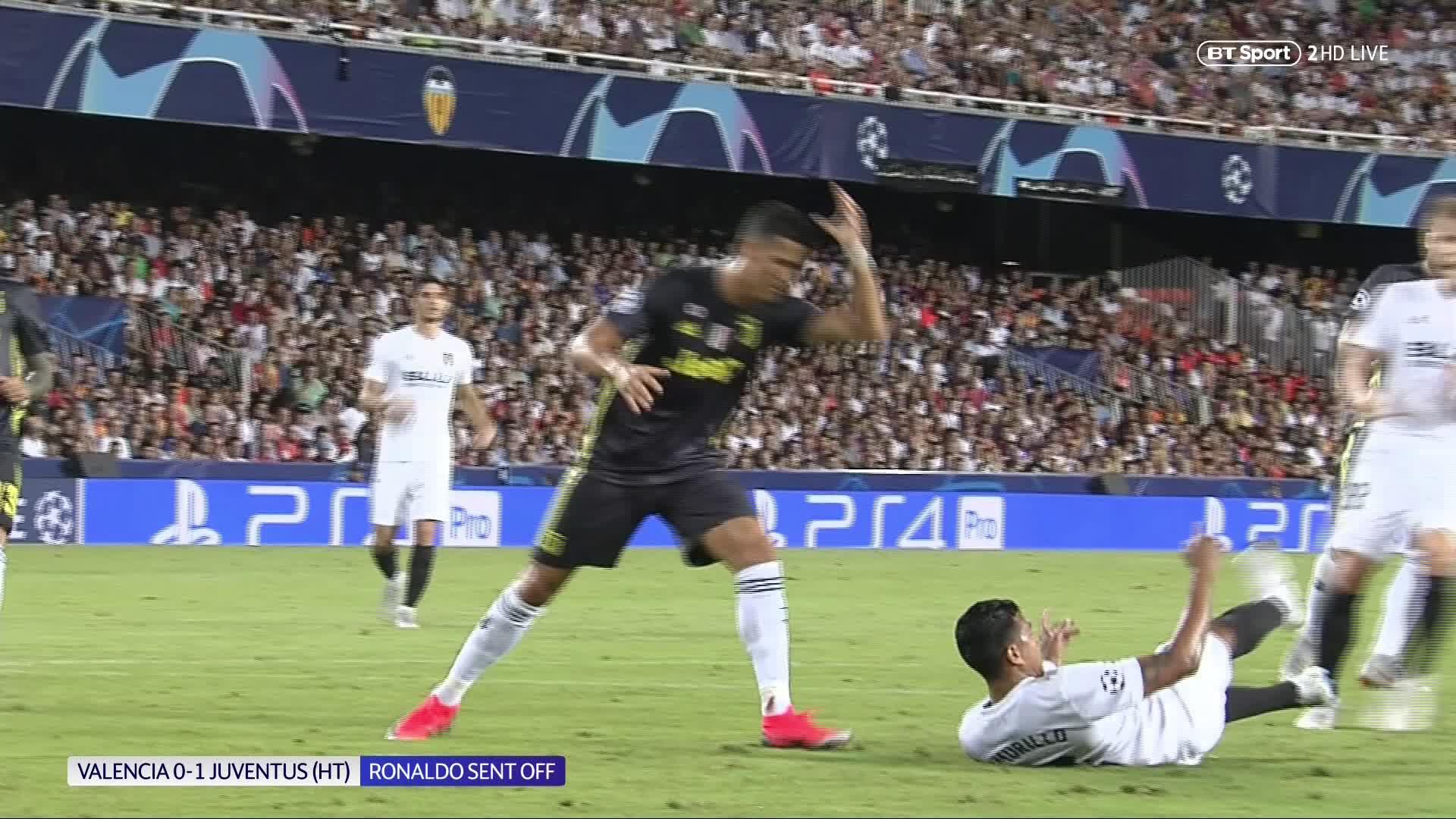 Ronaldo was kicked out at David Simon when the ball was nowhere near the pair. Despite the referee appearing to be looking right at the incident, no action was taken.

Before joining Paris Saint-Germain Grzegorz Krychowiak was at Sevilla and in a game against Madrid he was struck in the back by Ronaldo. 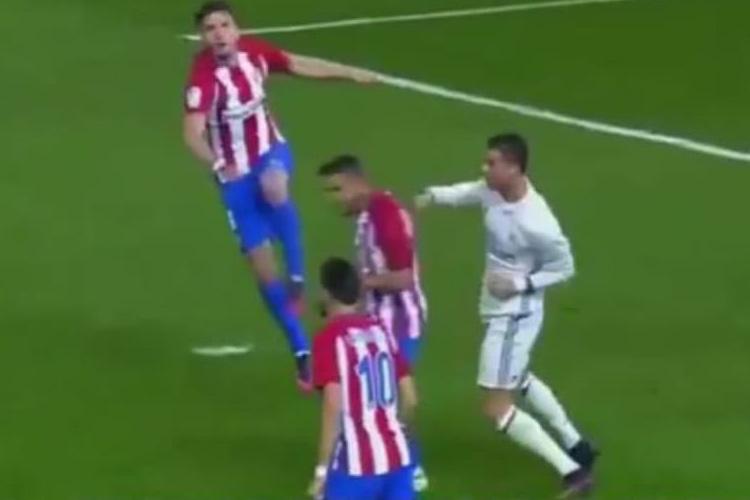 Ronaldo reacted violently to a challenge with Nacho Cases, kicking him when the ball had gone.

An off-the-ball collision saw CR7 kick out at the Betis player and then throw his arms up in shock.

Another incident involving hair, Ronnie appears to grab at Lucas Orban's hair and hits out at him.

Another kick out but this time at Marcel Schmeltzer as frustrations got the better of CR7.

Ronaldo struck Koke in the back as tempers were raised in the Madrid derby, but he only saw a yellow card. 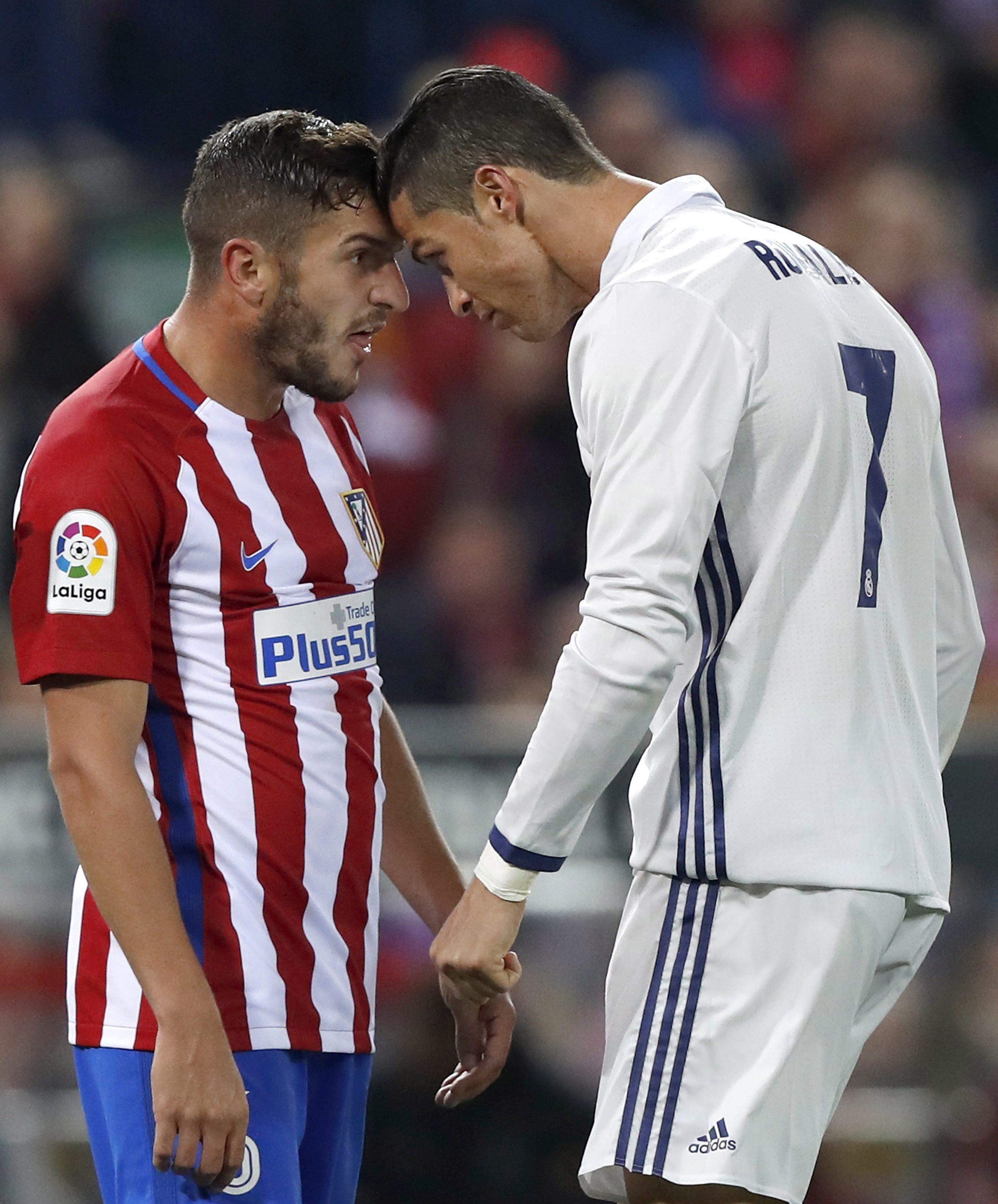 Petulance kicked in once again as the Portuguese star through the ball at Vitolo.

Another kick out from Ronnie, this time on Dani Ceballos but, again, no punishment.

A left hand to the face of French defender Clement Lenglet was not seen by officials.

Even for his country, Ronnie loses control as he kicks out at Hungarian defender Fiola, yet both players were booked. 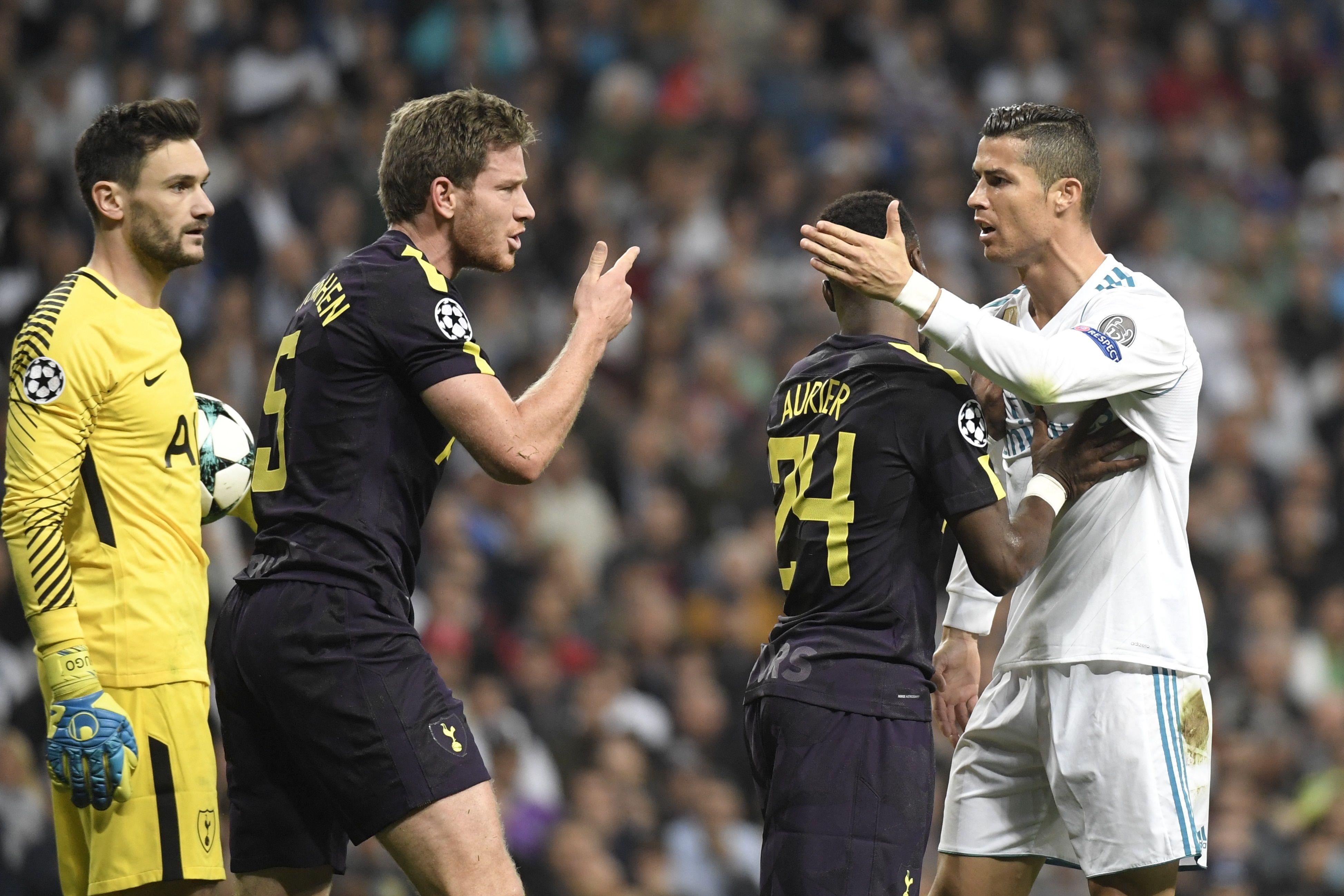 Ronnie appeared to stomp on defender Aissa Mandi in his first game back after a five-game ban.

Ronaldo went to kick Mario Hermoso but missed and was not punished.

A hand into the face of Jan Vertonghen, scratching his face, only saw Ronaldo shown a yellow card.

Pere Pons ended up on the ground when Ronnie gave him a slap, but he got away with it. 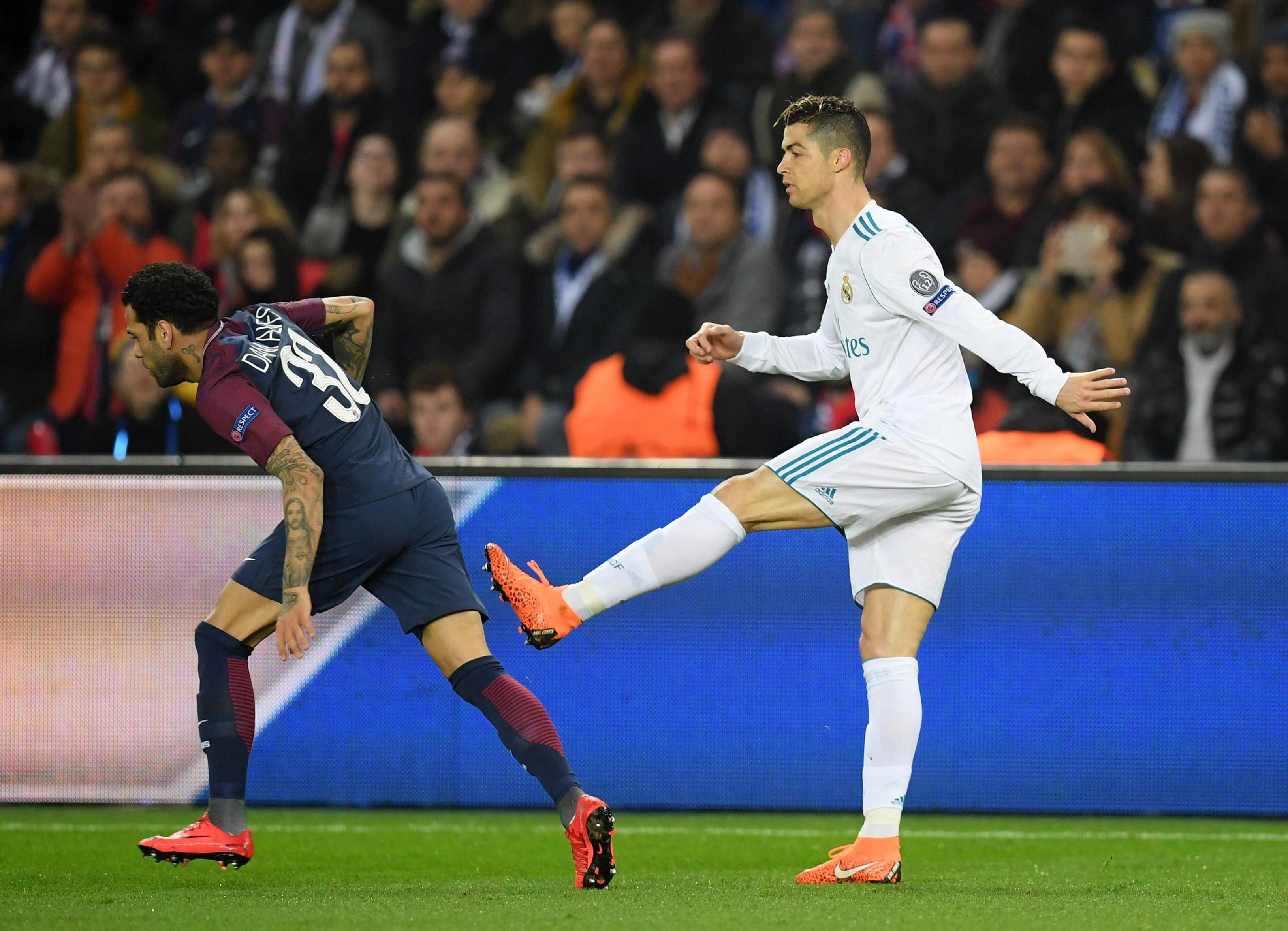 An elbow to the face of Montoya during a struggle in the penalty area was not seen by officials.

Yep, that's right, two in one game. Ronnie kicked out at Dani Parejo as the Valencia player berated Ronaldo for diving.

Another incident involving Dani Alves, this time Ronaldo pushed and kicked out at the Brazilian but was only given a verbal telling off.

Opinions were divided but Ronaldo, once again, escaped with just a yellow card when his elbow struck Morteza Pourliganji. 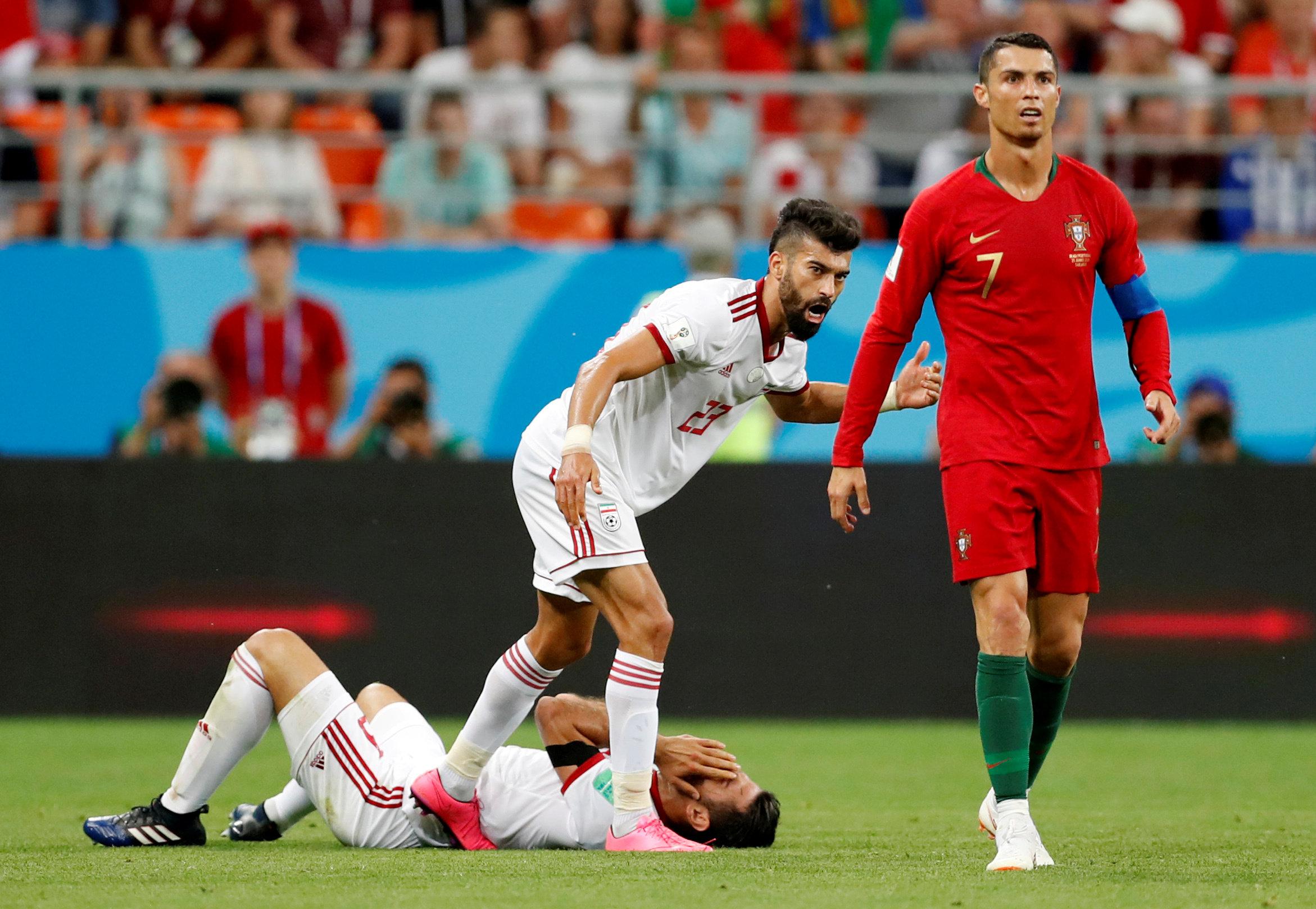