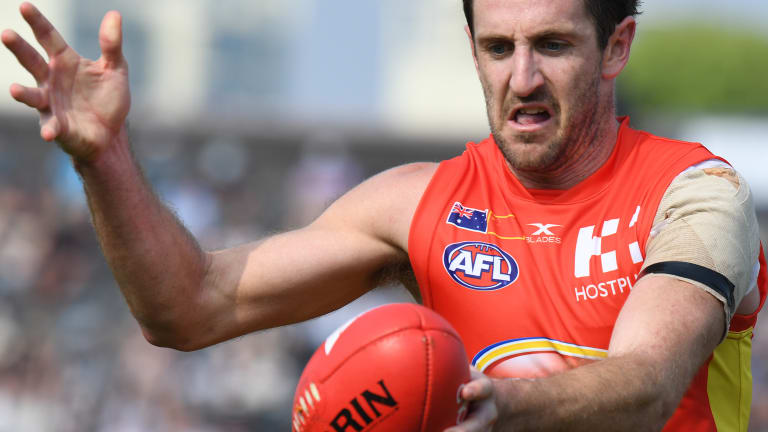 Thirty-five disposals against Geelong on Saturday weren't enough for Michael Barlow to survive the axe at Gold Coast.

The veteran on-baller has been was one of abundance of players, including North Melbourne's Billy Hartung and former No. 4 draft pick Jimmy Toumpas, to be cut by their clubs on Tuesday as the non-finalists' attention turned their attention to 2019.

Barlow, 30, played just three AFL games for the Suns this year as new coach Stuart Dew preferred younger options. Barlow, who also endured a battle with Bell's palsy this year, had 18 kicks and 17 handballs in Gold Coast's heavy loss to the Cats in round 23, but has been let go after 15 senior games in two years for the club, following 126 with Fremantle.

Hartung, 23, finds himself delisted for the second time in 12 months after North Melbourne opted not to offer him a new contract.

The midfielder played 13 games for North this year, but none after a mid-season hamstring injury. Hartung had been taken as a late draft pick by the Roos after being delisted by Hawthorn, where he played 63 games in four years. 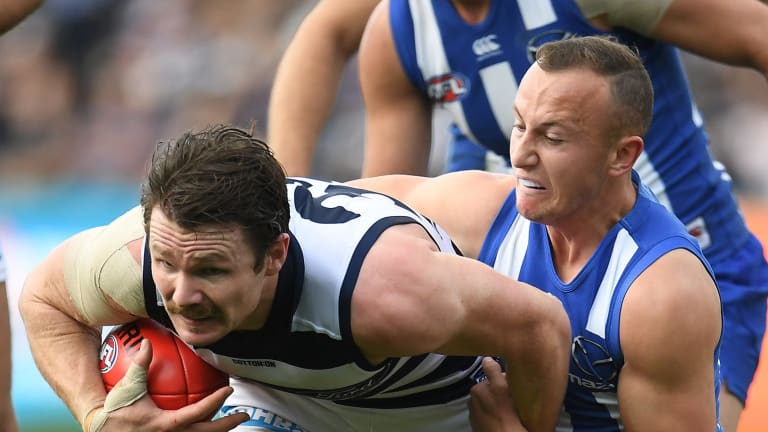 Billy Hartung in action as a Kangaroo.

“It’s the worst part of our job, by far,” North Melbourne football manager Cameron Joyce said on the club's website.

“Our focus though is on supporting the boys as best we can as they transition to another club or in some cases, look to go in another direction completely in terms of their careers.

“For all these boys, they’ve given their all to the North Melbourne football club and we must duly acknowledge their contributions and efforts.”

Toumpas' AFL career looks over after he was delisted by Port Adelaide.

Toumpas managed just 10 games at the Power in three years, none in 2018, after being traded to Alberton from Melbourne, who took him with their first pick in the 2012 draft. 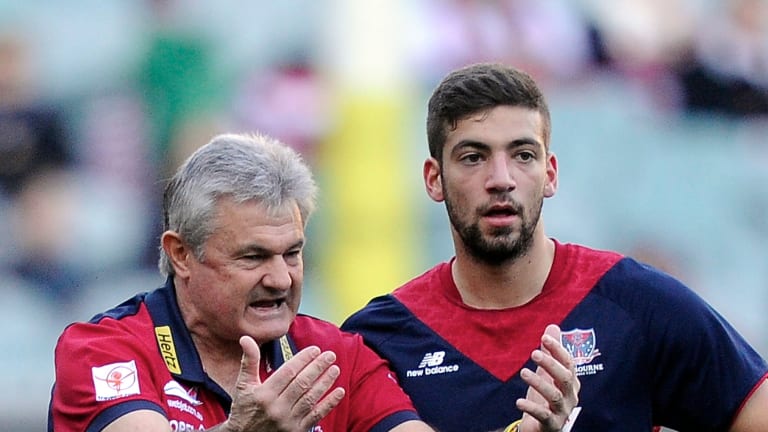 Jimmy Toumpas with Neil Craig during their time at the Demons.

The midfielder has played 37 AFL games overall across six seasons.

Port also announced they had parted ways with Category B rookie Emmanuel Irra.

“Jimmy and Emmanuel have given great service to our club both on the field and within our community programs as leaders in the multicultural space,” said Port football manager Chris Davies.

“But we have reached a difficult time of the year when the club needs to make decisions for its future regarding our playing list.

“We thank both players for their professionalism and we wish them well for their futures.

“Both Jimmy and Emmanuel are always welcome at the Port Adelaide Football Club.”

The Western Bulldogs have delisted defender Kieran Collins, who played just one game after being taken at pick 26 in the 2015 draft.

Rookie Nathan Mullenger-McHugh has also missed out on a new contract at Whitten Oval.