Parramatta have slammed suggestions they are again involved in a salary cap rort, claiming they have emerged from the NRL’s recent mid-year audits fully compliant.

The Eels released a statement in response to an article in The Australian, in which a former employee claimed claimed the club “evaded the cap” by providing free or heavily discounted rental properties to Parramatta players. The whistleblower, a former employee, had taken her concerns to the NSW Gaming and Racing Minister Paul Toole. 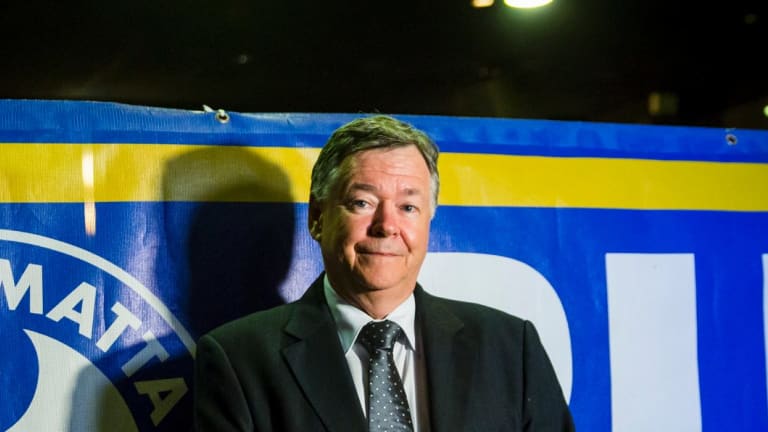 In a letter to members, Eels director Max Donnelly, the government-appointed administrator of the Parramatta Leagues Club, refuted the claims.

“I want to assure members and fans that the claims aired in the article are categorically untrue and have no substance or evidence to support them,” Donnelly wrote.

“Since I was appointed as the administrator of Parramatta Leagues Club in July 2016, the Parramatta National Rugby League Club (PNRL) has been fully compliant with the NRL salary cap, as confirmed by the NRL on numerous occasions over the last two years.

“More specifically to the allegations regarding subsidised accommodation for players, for any apartments owned by Parra Leagues and occupied by a Parramatta Eels player, there is complete transparency with the NRL.

“The club has provided the NRL salary cap auditors with all player payment reconciliations since 2016 and these reconciliations detail the amounts related to the use of an apartment.

“The NRL has consistently reviewed the amount designated to be included in these player payment reconciliations and the NRL salary cap auditors have consistently advised over the last two years that they are comfortable with the amounts provided for any player’s use of any Parra Leagues-owned apartment occupied by a Parramatta Eels player.”

The Eels were pinged for salary cap rorting in 2016, resulting in the deduction of 12 competition points, the stripping of their Auckland Nines title and a $750,000 fine. The new board and management have subsequently worked to rebuild the club’s reputation. The leagues club is close to finalising its proposed governance reforms and some Eels officials believe the latest accusations are not coincidental.

“Since July 2016, there has been numerous audits and reviews of the business undertaken by the NRL, Liquor and Gaming NSW, the Australian Tax Office and Ernst & Young,” Donnelly wrote.

“None of these reviews and audits have found any impropriety in relation to the Eels salary cap compliance or highlighted the specific issues raised in today’s media.

“While I accept that media has obligations in relation to public interest, I am nevertheless disappointed that the claims from a disgruntled former employee of Parra Leagues, who has no knowledge or involvement in the Eels salary cap process, have been aired without due process or the opportunity for the club to provide its position.

“Today we have had ongoing dialogue with the NRL integrity unit and salary cap auditors and our discussions will continue. I am confident that there are no issues with our salary cap compliance.”