Matildas teenage superstar Ellie Carpenter admits she had "a lot of offers" from rival clubs but decided to re-sign with Canberra United because of one person.

Carpenter, 18, was one of the most sought after players in the W-League this off-season but she believes only Garriock can take her game to the next level. 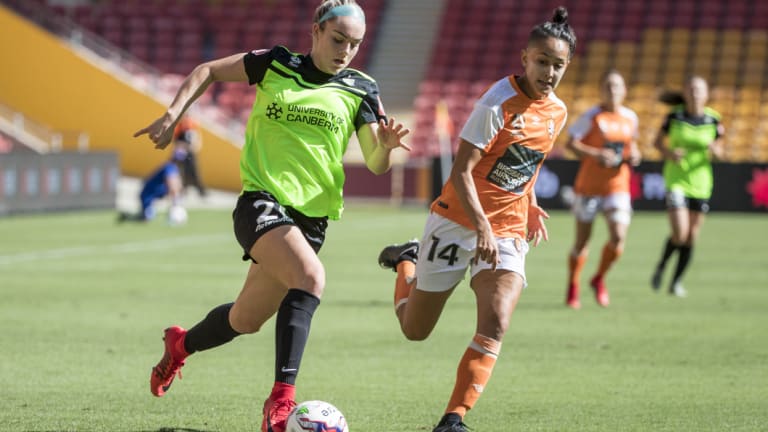 Garriock has adopted the same no-nonsense approach which made her one of the most feared midfielders in the world and earned over 130 Matildas caps, to her coaching.

She doesn't suffer fools, everything is done in the name of winning and every player is pushed to their absolute limit.

It was Garriock's fierce determination to win which brought Carpenter to the capital and a relentless appetite to improve her player's which made the star defender stay.

Carpenter wants to follow in the footsteps of the Matildas third-most capped player, Garriock, and lead Canberra to their first title in five years.

"She knows how to get the best out of me as a player and pushes me to what she knows I can do and that's what I like about her, and she has my best interests at heart," Carpenter said.

"Yeah I had a lot of offers but I'm happy I decided to come back Canberra.  It was a good season last year and we’re just getting started, we have unfinished business. 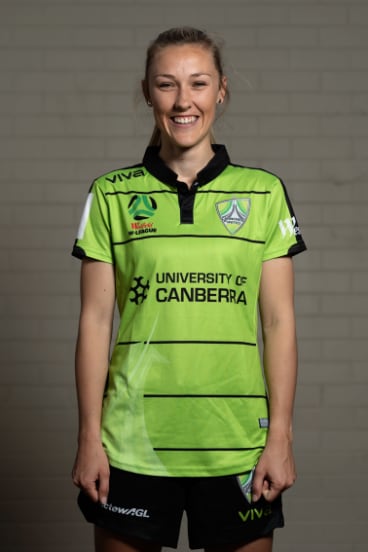 "She's recruited new players and we have high hopes. Heather's end goal is to lift that trophy and everyone knows that. Every weekend is a battle but we're going to make the top four and try to lift the trophy."

Carpenter made her National Women's Soccer League debut this year with the Portland Thorns and started in the grand final last month.

"Portland is one of the best women's clubs in the world, it has world-class facilities and I was lucky to have my first season there and play in a championship [game] alongside world-class players," Carpenter said.

"I feel like I've grown a lot as a player and person since being in Portland and I definitely think I'm a different player to what I was 12 months ago.

"It's been a big year but I'm excited about the return to Canberra. Canberra is the best place for me to be leading into the World Cup next year.

"I just want to have another good season under Heather and push myself and keep improving and Canberra is the best place for me to be to peak come the World Cup."

United missed finals in tough campaign last season but Carpenter is confident she can lead the club back to the play-offs.

"People don't really refer to me as a young one anymore, I'm quite experienced now and even last year I was playing a bit of senior role," Carpenter said.

"I'll definitely look to play that role again this season and share my experience with the young ones."

Canberra will kick off their season against Melbourne City on October 28 and wear a new-look jersey this season, which features the Parliament House spire.