Is this the most BIZARRE goal ever scored? England women’s Lauren Hemp nets peculiar effort in 6-1 win over Mexico at Under-20 World Cup

Lauren Hemp scored one of the more bizarre goals you are ever likely to see as England’s women reached the quarter-finals of the Under-20 World Cup in France.

The Manchester City teenager netted a hat-trick during Sunday’s 6-1 demolition of Mexico at the Stade Marville in Saint-Malo, with one effort in particular attracting attention on social media. 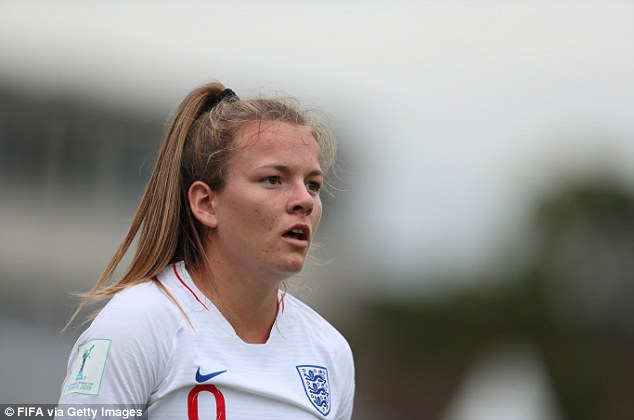 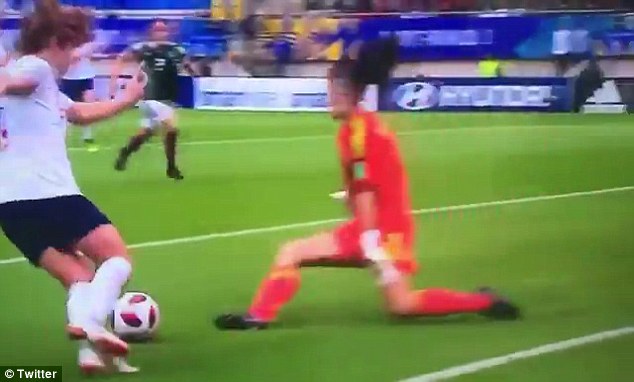 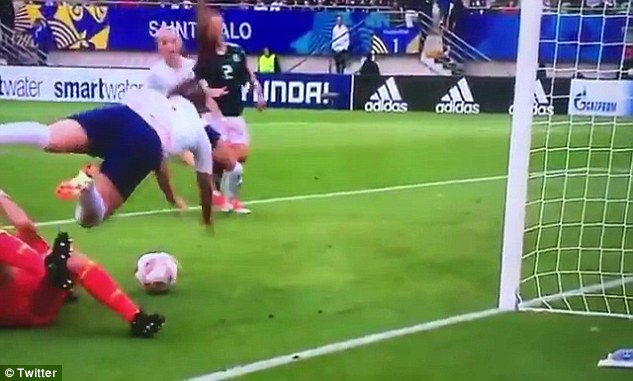 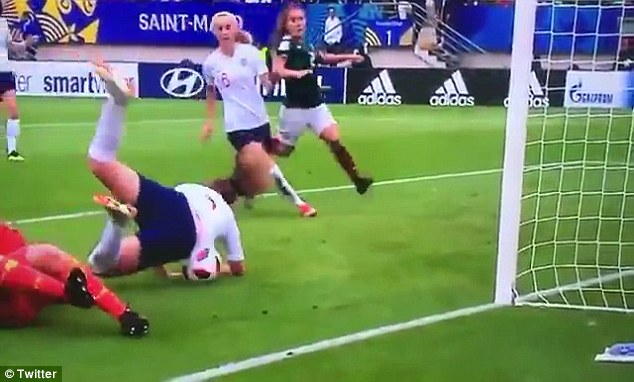 Part of her body landed on the ball, which somehow still found its way into the back of the net

There was no need to award a penalty, however, with the striker inadvertently squeezing the ball home as she landed awkwardly on top of it.

A clip of the highly unorthodox finish circulated on Twitter, with one user asking: ‘Has a stranger goal been scored?’

Alessia Russo, Chloe Kelly and Georgia Stanway also registered on the scoresheet for England, who actually trailed at the interval courtesy of Jacqueline Ovalle’s effort. 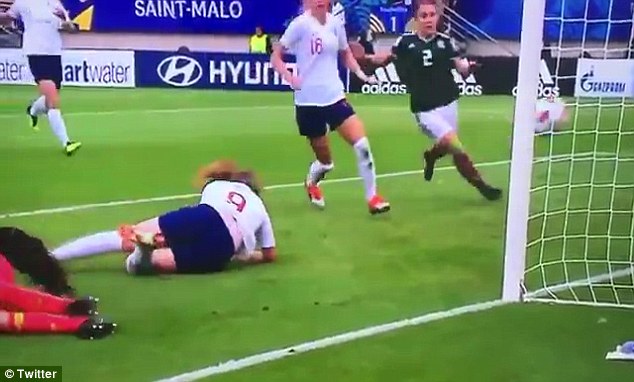 That blistering second-half performance meant that Mo Marley’s Young Lionesses topped Group B ahead of North Korea, who beat Brazil in Concarneau earlier in the day.

England take on Holland in the quarter-finals at the Stade de la Rabine in Vannes on Friday.