GOLFER Tyler Duncan hit his WIFE on the head with a 202-yard drive at PGA Tour event – before warning fans: "Don't try this at home".

The US star, 29, sliced his approach shot right of the green before it clattered into the head of his wife Maria. 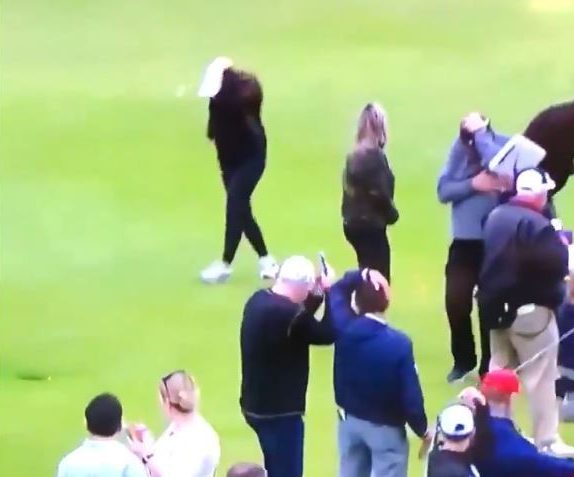 Duncan blamed "mud on the ball" for the poor shot – and was fortunate the ball had already bounced once before hitting her on the head.

During the shot, the commentator can be heard saying: "He's probably going to lose this to the right.

"That's off the noggin' – luckily that one had already had the sting taken out of it."

Even then, it's fair to assume Duncan didn't hear the end of it from Maria that night – and later tweeted about the incredible stroke of misfortune.

The poor shot on the 13th hole led to his only bogey in an otherwise near-flawless round at the AT&T Byron Nelson in Dallas, Texas.

Duncan finished the second round with a five-under 66, leaving him tied for second – five shots adrift of leader Kang Sung-hoon.

Incredibly though, it was only after he'd finished his play for the day he realised he'd managed to hit his own wife.

Duncan explained: “I had a little mud on the ball, little unfortunate timing there and shot out to the right.

“Took a big bounce and hit her, I guess. I didn't know until after the round.

"I'm just happy she's not hurt, and I was with her a while ago.”

The US golfer then revealed it's not the first time poor Maria has been hit by a stray ball.

Duncan claimed: “Not long after we started dating, she actually got hit in the head by another ball, a random ball from the driving range.

“She's dodged two hits to the head. I'm sure most people can't say that.”

Tyler and Maria were wed in the golf star's hometown of Jasper, Indiana in October 2017 – two weeks after his PGA Tour debut.

Despite whacking his own wife on the head, it's fair to say Duncan hasn't had the worst round of the week – after NBA legend Charles Barkley's infamous round… 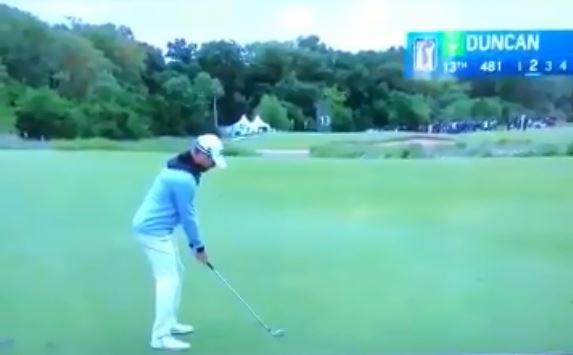