Steve Hansen has likened the Australia-New Zealand rugby relationship to a "family-like" closeness that keeps the Bledisloe Cup rivalry burning hot despite 16 years of All Blacks dominance.

The All Blacks arrived in Sydney on Sunday night ahead of the opening Test at ANZ Stadium on Saturday night. A relaxed Hansen said there was no risk of the trans-Tasman competitive spirit dimming despite a lopsided recent history that has seen New Zealand win 25 of 31 Tests between the two countries in the past decade. 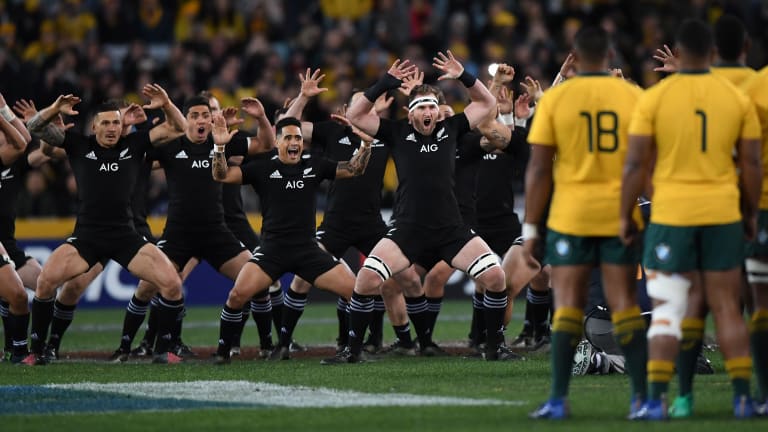 Dominance: The All Blacks perform the Haka before game 1 of last year’s Bledisloe Cup series.

"It's Australia v New Zealand, it doesn't matter what sport you play, it's a healthy rivalry between the two countries," he said.

"We've done a lot of stuff together over the years, we've fought in wars alongside each other, we've looked after each other in many different ways.

"Players, particularly, get to understand the history of it as well and they take pride in that."

The Wallabies beat New Zealand in the third Bledisloe Cup Test in Brisbane last October but the Bledisloe Cup has not been housed on Australian shores since 2002.

Hansen reiterated the contentious claim that the visitors will go into the match sporting the underdogs tag. The bookies have the All Blacks firm favourites but in his words: "They won the last one, they have to be, don't they?"

Australia's decision to stage a warm-up match at Leichhardt Oval two weeks ago would help them start better than last year's 54-34 loss in Sydney. The All Blacks hold a similar fixture each year.

"They've improved from [last year] haven't they and they've had a [warm-up] game. Every year we have a bit of a game for the guys that don't make it through too far in the finals and I think that's all the difference was," Hansen said.

"Once we got that sorted out it was a titanic struggle for the other two games. I think it's going to be a great contest and two really good games." 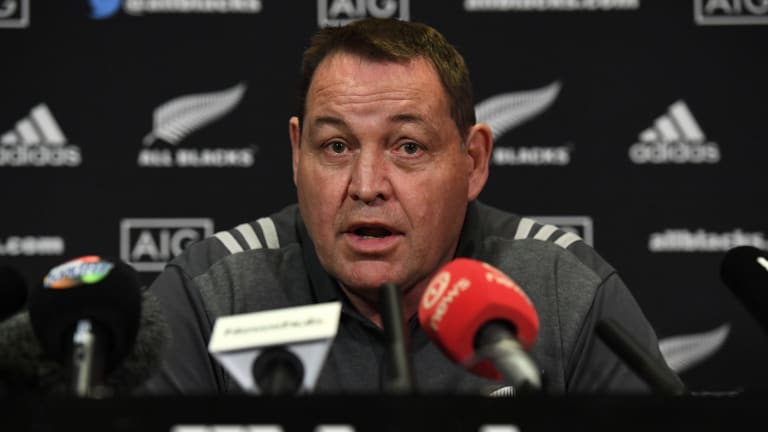 Charm offensive: Steve Hansen was giving no ammunition to the Wallabies when he arrived in Sydney on Sunday.

With Reece Hodge looking the likely starter in the Australian midfield, Hansen praised the Rebel's versatility.

"I think [Hodge] is a good footballer, he plays regularly in the midfield, he plays on the wing, he plays at fullback," he said.

"You'd call him a utility player and because of that he gets moved around a lot and it's probably to his disadvantage, but at the same time he's a pretty handy footballer."

All Blacks utility Nehe Milner-Skudder stayed home after injuring his jaw in a warm-up match but Dane Coles traveled with the squad to continue his return from injury.