Roosters ace James Tedesco has endorsed the NRL's newest head coach Cameron Ciraldo as the man to lead the Panthers deep into the finals after the shock axing of Anthony Griffin on Monday.

Tedesco, who played under Ciraldo for Italy in last year's World Cup after missing selection for eventual winners Australia, is preparing to play in his first finals series and Penrith loom as a potential obstacle to the tri-colours. 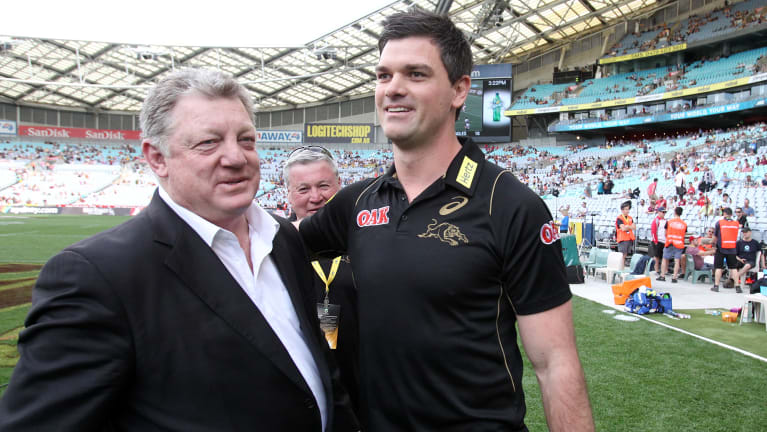 But the NSW State of Origin fullback is adamant Ciraldo has all the makings of a long-term head coach, having been touted as a career clipboard carrier by those inside the game.

"He's a smart guy. I think he was a bit above our level in the Italy team," Tedesco said on Monday. "He definitely wouldn't be out of place if he was a head coach of a club team. I think he'd do a great job."

Ciraldo played 94 NRL games across nine injury-plagued seasons at Cronulla, Newcastle and Penrith before leading the Panthers' next batch of talented youngsters, who have morphed into top-grade title contenders. He was coach of the club's under-20s team that won the National Youth Competition grand final in 2015 and minor premiership in 2016 before becoming Griffin's assistant last year.

Tedesco believes the 33-year-old not only has the smarts to make it in the demanding world of NRL coaching but the temperament as well.

"He is calm. You don't see him angry very much," Tedesco said. "He was great around the boys, he's a great communicator. I got along with him really well."