The ITF on Thursday night voted to reduce the 118-year-old competition to a season-ending World Cup-style format featuring 18 teams from 2019. 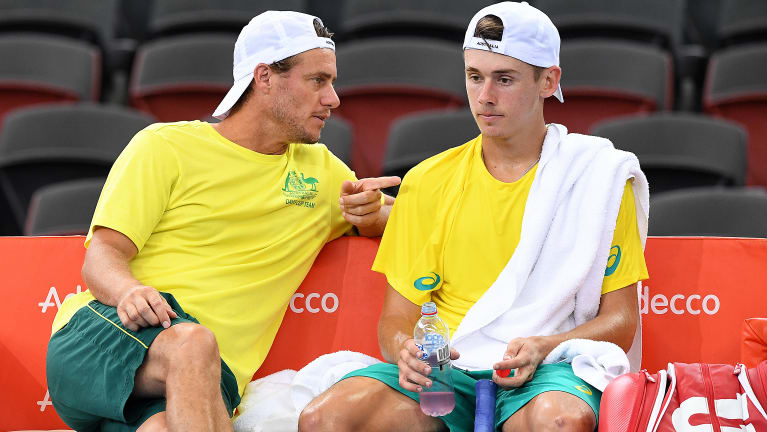 The first edition will be held in Madrid or Lille from November 18-24 next year, with the inaugural host city to be announced in the coming weeks.

The reforms have angered Tennis Australia and Australian Davis Cup captain Lleyton Hewitt, who now doesn't even know if next month's tie against Austria in Graz will even take place.

Victory over the Dominic Thiem-led Austrians would have propelled Australia back into the 16-team World Group in 2019.

But the play-off now appears meaningless, with Australia needing to take part in February qualifiers next year just to make the new 18-team competition.

TA officials were set to hold crisis talks on Friday, but it's understood the governing body were bewildered by the whole situation and genuinely uncertain about their next step.

Despite the farcical state of affairs, Australia could be forced to play the apparently redundant clay-court tie from September 14-16 – the weekend after the US Open – or risk being fined by the ITF or potentially suspended and docked world team rankings points.

"I am obviously totally against these changes to Davis Cup and pretty frustrated by what has occurred and the lack of information available," said Hewitt, a two-time winner of the Davis Cup and Australia's most successful singles player in the century-old event.

Hewitt said many current and former players saw the new format as "a money grab".

"The home and away fixture and the five-set battles are also part of what makes Davis Cup unique in tennis and sets it apart from the regular tour," he said.

"Playing at home, or even away in front of a passionate partisan crowd, is part of the reason we want to play."