Ron Carter remains, even in death, the best sports news reporter of his generation.

I used the present tense, because none have passed him since he retired in 1993 after a 40-year career at The Argus, and then The Age. Equalled, perhaps, but never bettered.

He had two great areas of expertise and interest: the Olympic movement – and its sports, however obscure – and footy. And he reported both the old-fashioned way, forming close relationships with people in power, or – just as importantly – all but anonymous people who knew things and wanted the truth, and often the nonsense, revealed.

He used to drive the powers-that-be at the VFL crazy, with what appeared to be a direct line to the inner workings and decision-making of the time. So paranoid was the League’s corporate affairs manager, John Hennessy, that, in delivering a position paper to the League’s delegates on the potential of a team out of Sydney, he created 12 versions. Each one contained a different – and significant – financial figure, one that would surely make it into a news story if the paper were leaked. 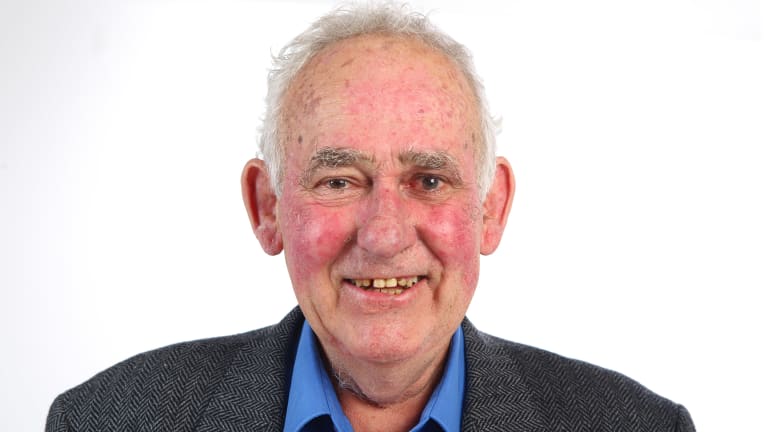 Ron Carter was a former chief football writer for The Age, while also writing about the Olympics.

And leaked it was, in a wink, to Carter. The leak was traced unerringly to Carlton, Carter’s regular and reliable source, courtesy of his visits to the Blues’ committee room after training each Thursday.

Carter was loved by all who worked with him, for myriad reasons, many unconnected; the list is long.

His love of life was contagious.

He had total respect for quality administrators, and an equally strong contempt for shonks.

He was the most competitive news reporter I ever worked with, but he was always the first to credit an opponent who might – occasionally – beat him to a story.

On the other hand, when he did have a big story he would mutter, “I’ve left nothing for Sheahan [Mike Sheahan, then the chief footy writer at The Herald]”.

There was one occasion when senior Age editor Peter Smark, never known for his humility, was lecturing the sports team on the art of fine writing. “Your competition,” Smark said, “is not The Herald or The Sun, it’s Red Smith.”

Smith was then the internationally famous columnist for The New York Times. Carter shuffled back to his desk, fuming, churned out yet another back-page lead, and then tossed the copy at the sports desk, declaring, “I bet f—ing Red Smith hasn't got this yarn”.

He knew how good he was, but never flaunted his skill at finding a story.

He never had a scoop drop in his lap – he worked at his craft seven days a week for his entire career. That dedication was in him from the beginning, when, as a 20-year-old, he paid his own way to Helsinki (and back) to cover the 1952 Olympics, for The Argus, and right to the end, when he retired as chief footy writer of The Age.

The sports desk loved him for more than his humanity – he could create big story whenever there was a need.

And, for those like me who came under his wing when young and green – and there are plenty of us – Ronnie was always there as a guide. But he treated mentoring in a way I’ve never forgotten: he never lectured, but encouraged, never rebuked, but advised, gently, about a better way.

Some of that was being canny, rather than splitting the atom. He said to me once, “Always include the wife’s name [of a player, president etc] in your contact book – it always breaks the ice when you call the missus by name”.

Just as importantly, the story was not just his, or mine, or Peter McFarline’s, or Stephen Phillips’, or Trevor Grant’s, or David Austin’s (all stars, all sadly gone) but another win for the paper.

We’ve lost a giant of the craft, at a time when getting a story up first seems to be more important than getting it right. Ronnie did both, relentlessly.

Mike Sheahan and I went to visit Ronnie a couple of months ago. He was so pleased we had made the trip. He was all but blind and bed-bound, his constant company 3AW, turned up loud, from dawn to dark. We chatted for half an hour or so. His responses were slow to come, but still sharp, still cheeky. He was clearly holding tight to that love of life, no matter his physical frailties.

His wife Dorothy said to me yesterday: “He never wanted to go. Despite everything, he was so strong.”

Eventually, and reluctantly, we said our farewells. “See you soon, Ronnie.”

Geoff Slattery, journalist, author and publisher, worked with Ron Carter at The Age from 1979-1982.