The NRL has revamped the All-Stars concept, with the Australian Indigenous All-Stars to take on the New Zealand Maori Kiwis next year.

The concept has been overhauled with the World All Stars side being replaced for the clash at Melbourne's AAMI Park in February. 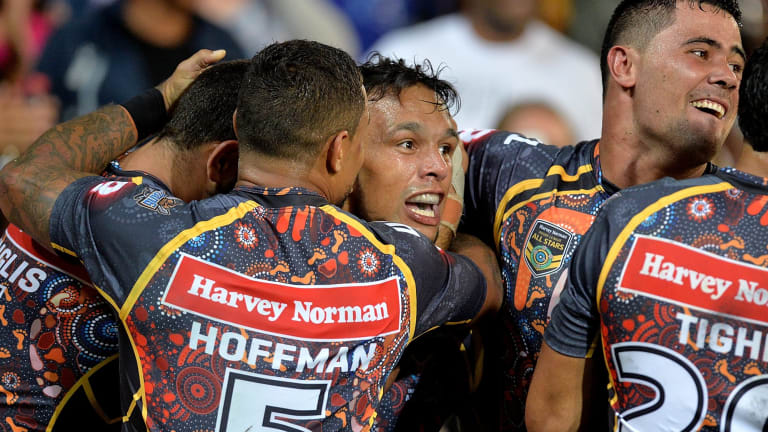 Representative: The NRL is putting a new spin on the All-Stars concept for 2019.

The pre-season contest has been plagued by player withdrawals and the inclusion of a Maori side is seen as a way of combating the problem.

It's hoped the lure of representing their culture will ensure some of the game's top stars take part in the pre-season match.

The All-Stars were absent from this year's rugby league calendar because of concerns about player fatigue following last year's World Cup.

But it will return in 2019. It also marks the first time the game has been played in Melbourne after being staged in Brisbane, Gold Coast and Newcastle in previous years.

"The All-Stars concept has been popular with crowds across the country and abroad since it first commenced back in 2010," NRL head of football Brian Canavan said.

"In 2019, we're taking the All-Stars to another level – paying homage to Australian and New Zealand First Nations cultures and celebrating the unique bond between both countries."

The match will also be a double-header, with a women's game to act as a curtain raiser.