Home » Sport » 'It was like a dream': Jennings junior has sights set on own title

It didn't take long before Robert Jennings' phone had his brother's name flash across the screen. The message came from the other side of the world, where Michael is holidaying in Europe and the Middle East with Parramatta Eels teammates.

There was no gushing, excessive congratulations … just six little words which reminded one of the NRL's leading try-scorers how much further there is to go despite how far he's already come. 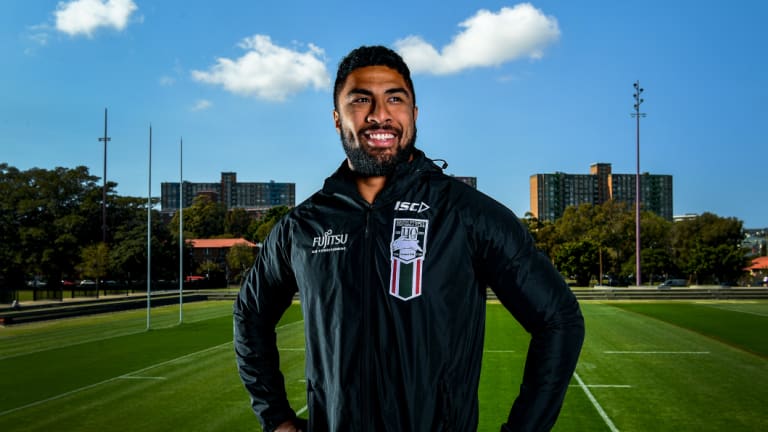 "It just said, ‘the job’s not done yet’," Robert recalled after the Rabbitohs' heart-stopping finals win over the Dragons. "And that’s how I feel."

Heading into a preliminary final against old enemy the Roosters as one of the NRL's most prolific this season should be reason enough for Jennings, 22, to celebrate a breakout season. But he refuses to look at it that way.

The man who has run as Greg Inglis' wingman for the majority of the season has his fondest memory of the NRL grand final five years ago as a starry-eyed teenager in the crowd.

Michael was suiting up for the Roosters, scored one of the most remarkable tries in grand final history and didn't realise what an impression it created on his younger brother.

"I went to the game and I was with mum," Robert said. "It was like a dream. I was so happy for him, over the moon.

It was like a dream. I was so happy for him, over the moon

"It’s a feeling I can’t explain seeing him work so hard. To work so hard to get there and then win a comp … it’s very rare that you do win a comp. Just seeing him accomplish that I couldn’t have been prouder.

"It’s your brother and you play park footy, backyard footy growing up. To see him win a premiership, words can’t explain how happy I was for him at the time."

The feeling is sure to be reciprocated if Anthony Seibold's side can squeeze past their bitter rivals in the final rugby league match to be played at Allianz Stadium on Saturday night.

A couple of months ago Jennings wasn't even sure he would get the chance to play in such an occasion after suffering a serious hamstring injury. He asked the club for permission – and then paid – to undertake his own extra recovery sessions away from South Sydney sessions.

"There was a bit of doubt there," Jennings said. "Having that injury I was devastated, upset about it.

"I got over it pretty quick because mentally I felt I needed to stay upbeat and confident. Mentally if you’re feeling down about the situation it’s slower to recover.

"I was trying to stay positive about it. I tried to keep my head held high and get my recovery right. I’m fortunate I’m in a team playing finals footy."

Only the Warriors' David Fusitu'a and Sharks ace Valentine Holmes (22) have scored more tries than Jennings (19) this season with the Rabbitohs waiting to rubber stamp a new deal for the flyer in coming weeks.

Katie Price reveals son Harvey, 18, has returned to residential school after almost a year away