Vanquished hosts Australia have turned their focus to the 2020 Tokyo Paralympics after Japan snatched the Wheelchair Rugby World Championship gold medal in a pulsating final at Sydney Olympic Park. 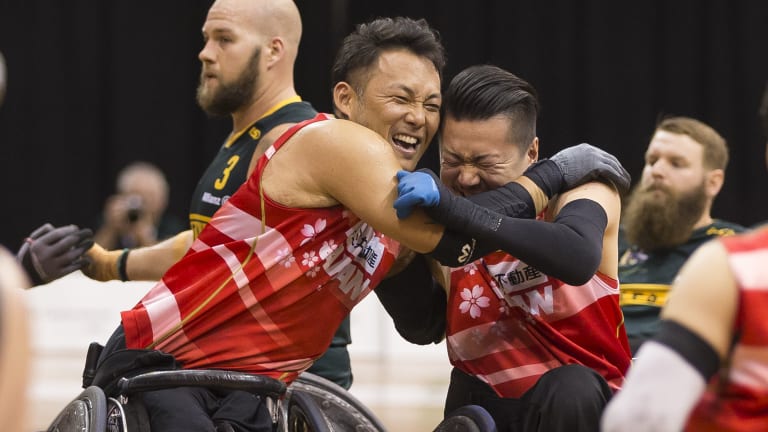 Jubilant: Japan celebrate at full-time after defeating Australia in the gold medal match at the Quaycentre in Sydney.

The 62-61 result had lead changes, spills galore and 27 turnovers as both teams felt the pressure of the occasion in front of a raucous crowd at the Quaycentre arena.

But while the combatants flinched at times, the Japanese recovered the better, edging home after earlier giving up a five-try lead in the third quarter.

It was an inspired fightback by an Australian team that committed almost as many turnovers in one match (14) as they had combined through six previous fixtures (17). 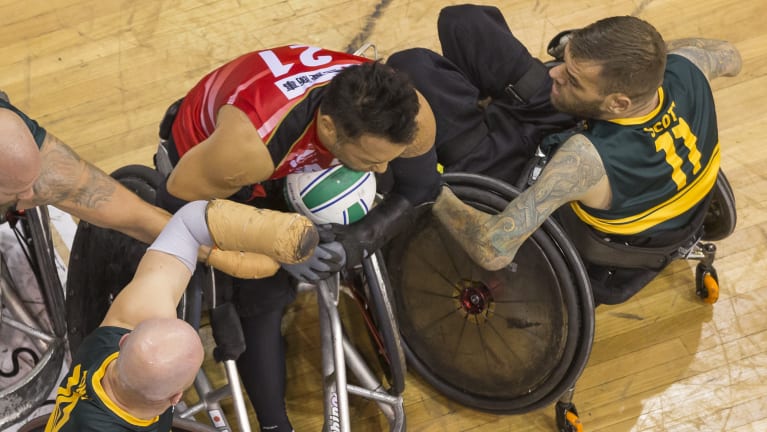 Despite their resilience, the Steelers couldn't land the killer blow and never built enough pressure as Japanese scoring-machine Daisuke Ikezaki time and again coasted across the try line on the counter-attack.

While lamenting the high turnover count and players stepping away from their roles, Steelers head coach Brad Dubberley was quick to point out the location of the next major international wheelchair rugby tournament.

"They've beaten us on our home turf in front of our home crowd. C'mon Japan, we're taking it back on your turf next time," he said.

Dubberley said the team would "100 per cent" use the painful loss as a motivator heading into the next Paralympics cycle and he expected most of the team to stay together. 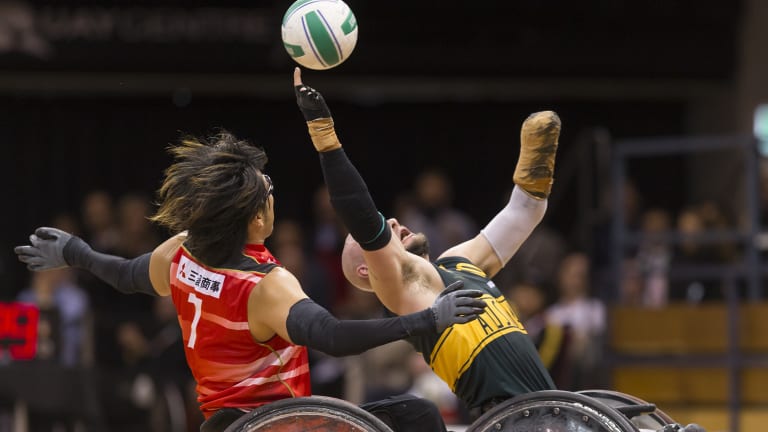 That includes valiant but dejected skipper Ryley Batt, who almost single-handedly got the Steelers back into the match in his 280th international.

The rugged playmaker was named the tournament's best in his points classification.

"We killed ourselves to be honest [but] I was so proud of the boys for digging deep, but at the end of the day fatigue got us," he said.