Newcastle need to find a capable back-up for star NRL halfback Mitchell Pearce next year, according to coach Nathan Brown.

The Knights wrapped up their 2018 campaign with a 10-point loss to St George Illawarra on Saturday, leaving them in 11th spot heading into the final day of the regular season. 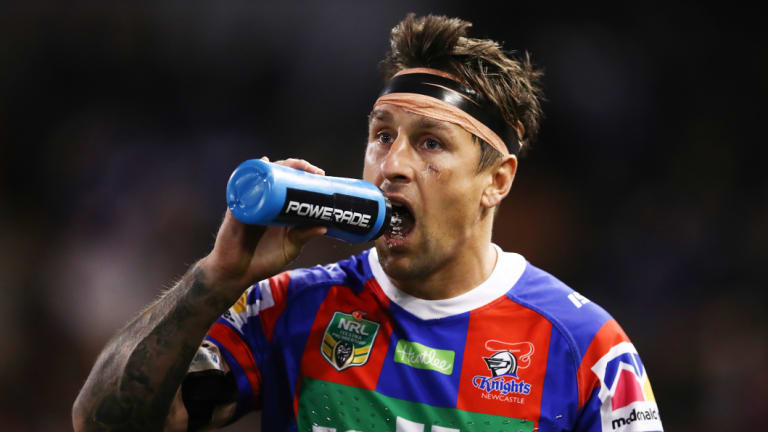 Solo: Nathan Brown lamented a lack of replacements when Mitchell Pearce was sidelined.

Brown's side can drop to 12th should Canterbury upset Cronulla on Sunday.

Either placing will be an improvement on three straight wooden spoon finishes, however Brown believes their performance would've been better had they enjoyed better luck with injury.

"We're a long way ahead of where we were this time last year, there's no doubt about that. (But) I don't think any club's been affected with injuries to key players like we have," he said.

"Our halfback, hooker, five-eighth missed more than a third of the year in those positions. With what we didn't have out there in key positions, I think we didn't do too bad.

"But we also know there's a couple of real key areas from a recruitment point of view we need to get right and also from the way we play, we can get a bit better at as well."

Brown admitted his team's goals had changed after high-profile recruits Kalyn Ponga and Pearce led the side to two wins to open the season.

But their campaign turned on a pectoral injury to Pearce in April, with the side losing seven of the following eight games.

Brown has identified recruitment as their major focus in the off-season, with halves option Jack Cogger leaving for Canterbury in the summer.

"We lost Pearcey, which had a huge effect on us as a club and then the playing group. It left a lot of younger players in key positions," he said.

"It certainly exposed some areas where we need to look in our recruitment as well."