Lauda, who was 70, had undergone a lung transplant in August and was admitted to hospital in January suffering from flu. 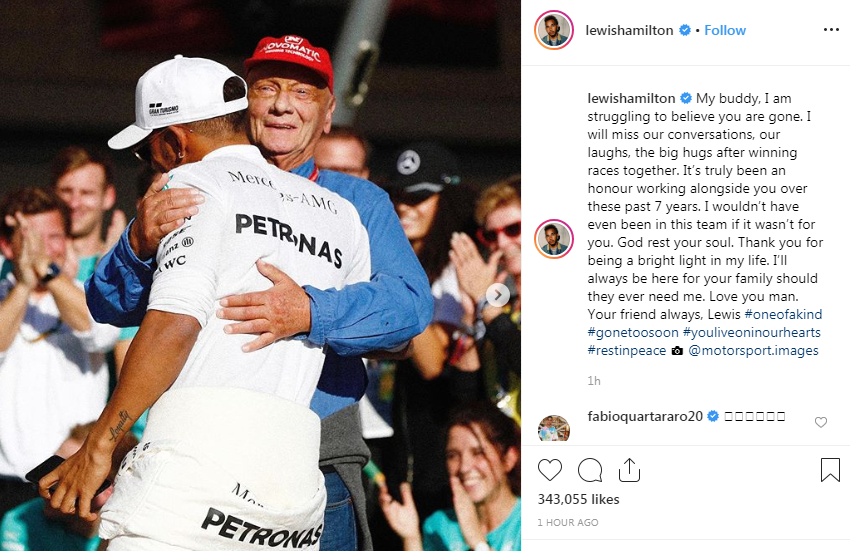 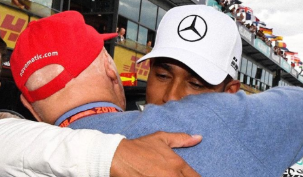 Yesterday his family released a statement saying he "passed away peacefully" in Vienna.

Hamilton wrote on social media: "My buddy, I am struggling to believe you are gone.

"I will miss our conversations, our laughs, the big hugs after winning races together.

"It's truly been an honour working alongside you over these past seven years. I wouldn't have even been in this team if it wasn't for you.

"God rest your soul. Thank you for being a bright light in my life. I'll always be here for your family should they ever need me. Love you man. Your friend always, Lewis"

However, he was most widely remembered for his astonishing comeback after suffering a fiery crash in the 1976 German GP.

The Austrian crashed and his Ferrari exploded. He was trapped for a minute before anyone was able to help him escape the wreckage.

BRAVEST OF THE BRAVE

He suffered third degree burns to his face and inhaled toxic smoke from the blaze and slipped into a coma.

Lauda was given the last rites in hospital but bravely battled back to take part in the Italian GP just 40 days later, where he finished fourth, despite his horrific injuries.

Lauda's heroics were given the Hollywood treatment in the film 'Rush' and Sir Jackie Steward labelled him as the bravest driver in Formula One history.

He added: "Niki had a degree of bravery that I had never seen the like of before.

"After his tremendous accident, he was back just six weeks later. I remember seeing Niki put his helmet on, and his wounds were still absolutely obvious.

"I thought to myself that with all the vibrations you get in a Formula One car at Monza, one of the fastest tracks in the world, that this can't be right.

"To be brave enough to put on the helmet was amazing, but then he went out and qualified fifth. When he returned to the garage, he took his helmet off and I could see he was bleeding. Yet, the very next day, he raced. 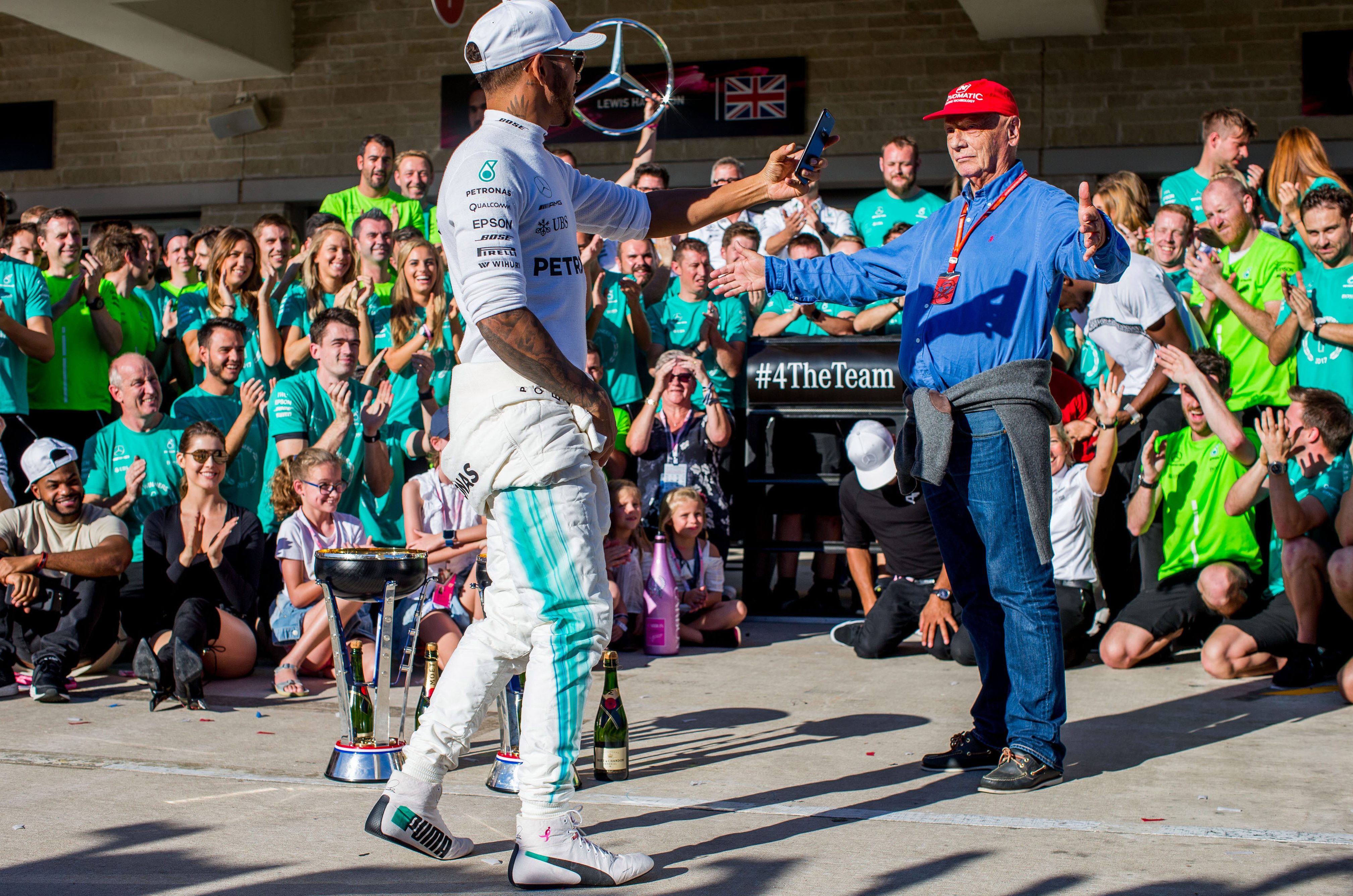 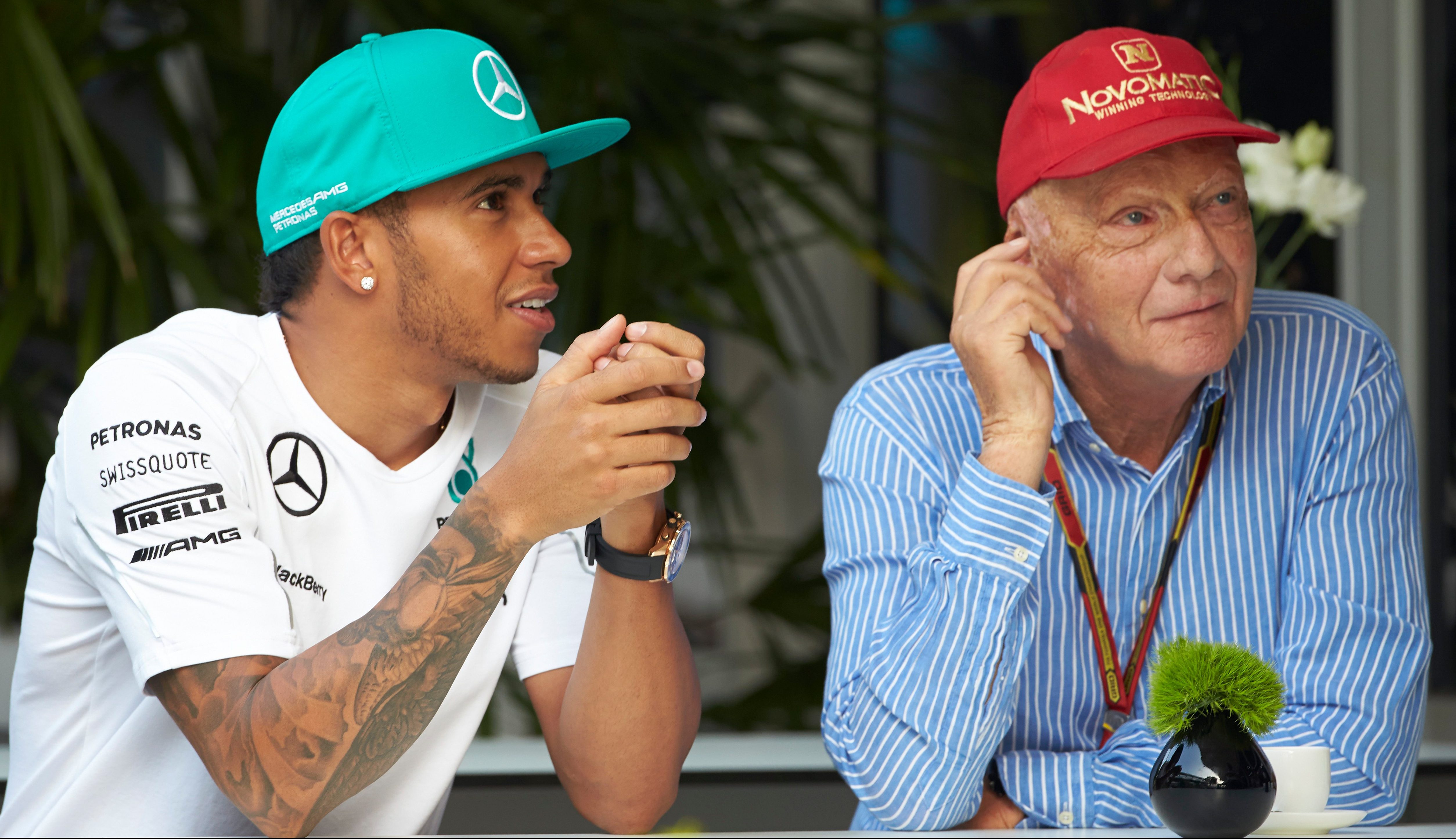 "He was such a brave man to get over that accident. He will not go down as just one of the best drivers of all time, but one of the most courageous, too. Niki Lauda will be remembered forever."

Fellow Brit John Watson, who was Lauda's teammate at Parmalat and McLaren in the 1970s and 1980s, echoed Stewart's comments by labelling him as the "most courageous" man in sport.

He said: "The real danger he was in was not from the superficial injuries that we could see but from the deeper injury which was that to his lung.

"He'd suffered inhalation of toxic fumes from the burning fibreglass.

"We didn't actually at the time appreciate the severity of the injury that he'd suffered.

"It was only after two or three days that the story came out that it was the lung damage that was the injury putting his life in danger.

"What was really more remarkable was the way… at the speed of his recovery and what he was able to achieve.

"Forty days after that accident he was racing at the Italian Grand Prix at Monza and for me, it's the most courageous act of any sportsman I've ever seen in my life.

"His health and his condition – for those that saw him at Monza – it was just remarkable."

After he retired in 1985, Lauda ran his airline business and frequently piloted the planes himself.

He was appointed non-executive chairman of Mercedes in 2012 and his first job was convincing Hamilton to join the team from McLaren.

Hamilton has now won five titles, while Mercedes are this season on course to record unprecedented sixth consecutive drivers' and constructors' championships.

Mercedes boss and fellow Austrian Toto Wolff worked alongside Lauda and address the team at their HQ in Brackley.

Meanwhile McLaren held a one-minute silence in memory of Lauda at their Woking HQ.

Wolff said: "Niki will always remain one of the greatest legends of our sport – he combined heroism, humanity and honesty inside and outside the cockpit.

"His passing leaves a void in Formula One. We haven't just lost a hero who staged the most remarkable comeback ever seen, but also a man who brought precious clarity and candour to modern Formula One.

"He will be greatly missed as our voice of common sense. Our Mercedes team has also lost a guiding light. As a team-mate over the past six and a half years, Niki was always brutally honest – and utterly loyal.

"It was a privilege to count him among our team and moving to witness just how much it meant to him to be part of the team's success.

"Whenever he walked the floor in Brackley and Brixworth, or delivered one of his famous motivational speeches, he brought an energy that nobody else could replicate.

"Niki, you are quite simple irreplaceable, there will never be another like you.

Formula One will honour Lauda at this weekend's Monaco Grand Prix with teams planning to run tributes on their cars and staff wearing black armbands.

In a statement, Lauda's family said: "His unique successes as a sportsman and entrepreneur are and remain unforgettable.

"His tireless drive, his straightforwardness and his courage remain an example and standard for us all.

"Away from the public gaze, he was a loving and caring husband, father and grandfather. We will miss him very much." 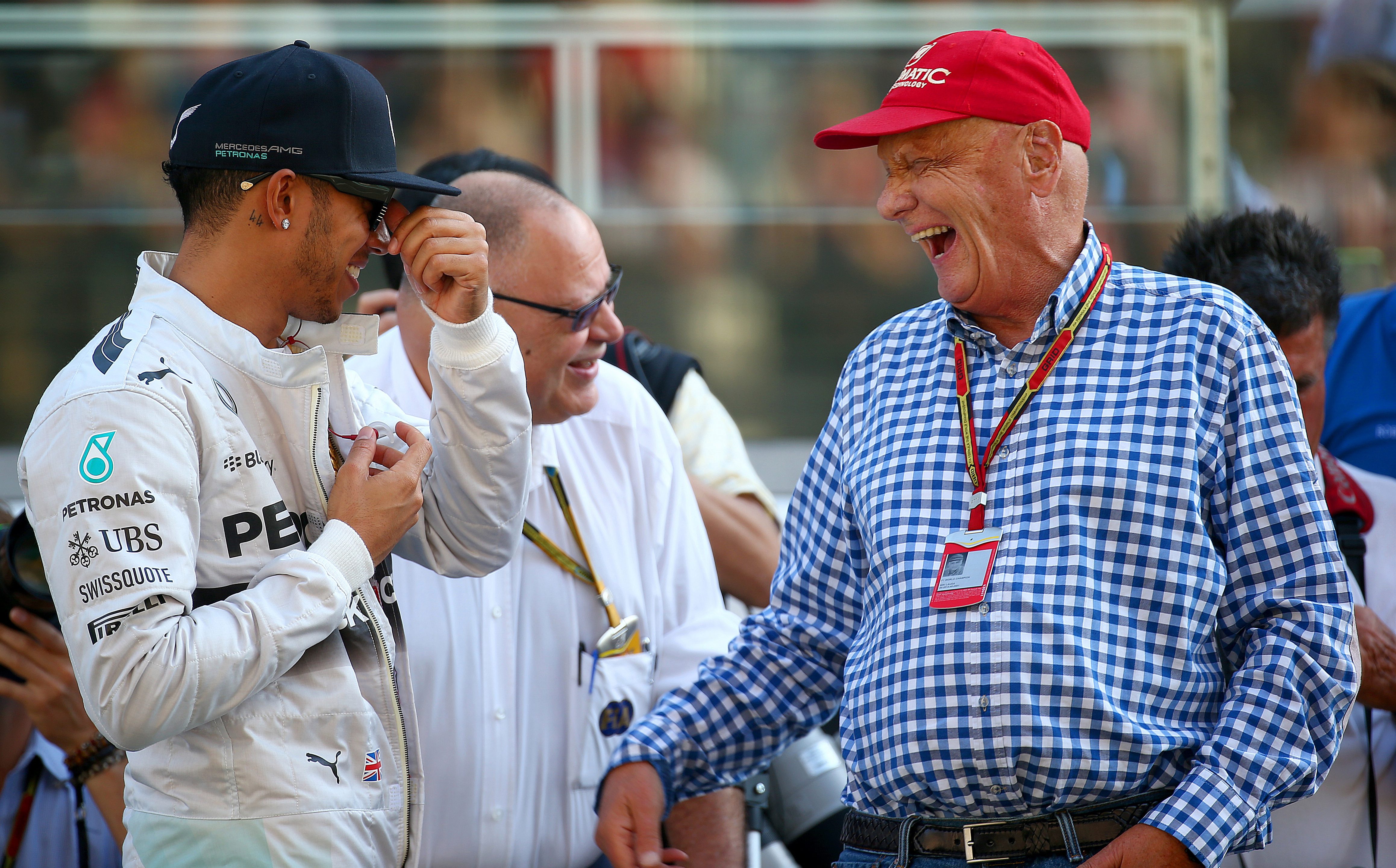