Fremantle star Lachie Neale is being chased by the Brisbane Lions, who are set to offer him a long-term deal.

Neale, 25, is contracted until the end of next year, when he is due to become a free agent, but is understood to have been courted by the Lions in a bid to lure him to the Gabba this trade period. 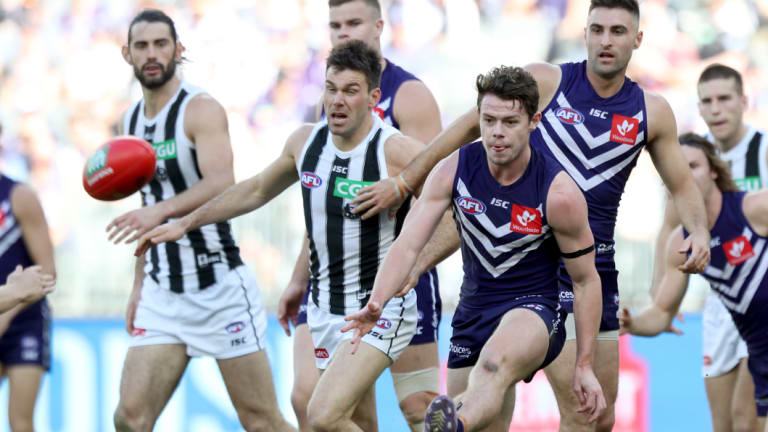 The midfielder is favourite to win this year's Doig Medal for Fremantle's best and fairest, having claimed the award for the first time two years ago. The South Australian is in the Dockers' leadership group and made the 40-man All-Australian squad this year, missing out on the final team at Wednesday night's ceremony.

The Dockers, who successfully requested pick No. 2 from Gold Coast in a trade last year for lesser midfielder Lachie Weller, would be expected to demand a steep price from the Lions if they were to entertain the trade.

The Lions currently have pick four in this year's draft, while the Dockers have pick five. Both are expected to drop back by at least a spot when Gold Coast gain compensation for Tom Lynch.

Fremantle's next pick as it stands is No. 77, having traded future picks last year.