Home » Sport » Messi misses out on shortlist for FIFA award

Argentina and Barcelona forward Lionel Messi was left off the shortlist for FIFA's Player of the Year award for the first time in 12 years on Monday, with Cristiano Ronaldo, Luka Modric and Mohamed Salah named as the three finalists.

Although Messi won the Spanish league title with Barca last season, the 31-year-old had an unhappy World Cup, missing a penalty against Iceland and scoring only once in four games as they were knocked out in the last 16. 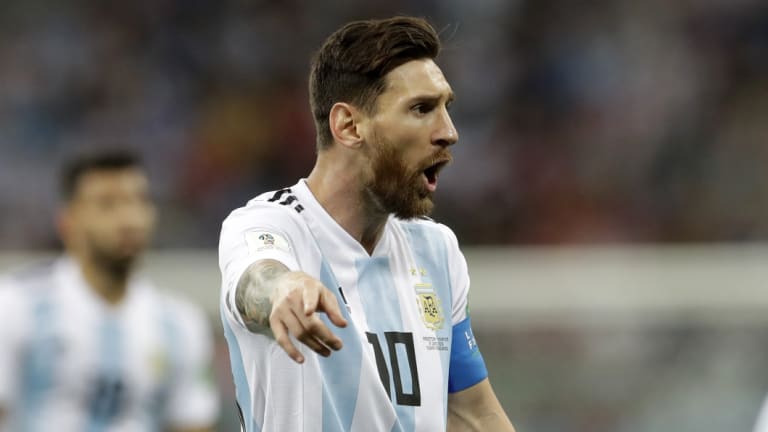 Omission: For the first time since 2006, Lionel Messi hasn’t been shortlisted for the award.

Messi, who last failed to make the final three nominees in 2006, has won the award, in its various guises, five times and finished runner-up on another six occasions.

Midfielder Modric, also part of Madrid's Champions League triumph, finished as a runner-up with Croatia at the World Cup, winning the best player award at the tournament in Russia.

Hampered by injury, he made little impact at the World Cup as his country went out in the group stage.

Brazil's Kaka, in 2007, was the last player other than Ronaldo or Messi to win the award.

France's World Cup-winning captain Hugo Lloris is in contention for the goalkeeper of the year award, alongside Golden Glove winner Thibaut Courtois of Belgium and Denmark's Kasper Schmeichel.

Former Real Madrid manager Zinedine Zidane, France coach Didier Deschamps and Croatia's Zlatko Dalic were on the shortlist for the coach of the year award.

The women's player of the year award is between Olympique Lyonnais duo Ada Hegerberg and Dzsenifer Marozsan, who had an unbeaten league season and lifted the Women's Champions League, and Brazil's triumphant Copa America Femenina captain Marta.

The awards ceremony will take place in London on September 24.