Mahomes, 23, received 41 votes from a nationwide panel of media members who regularly cover the league. New Orleans quarterback Drew Brees got the other nine.

With only one previous start, Mahomes entered his second N.F.L. season as something of a curiosity in Kansas City after the Chiefs traded Alex Smith to open up the job. It did not take long to erase any doubts as Mahomes led Kansas City to its first A.F.C. title game since 1993 and threw for 50 touchdowns and 5,097 yards.

Mahomes’s ingenuity — throwing from all angles and making plays inside and outside the pocket — energized the Chiefs’ fan base and excited fans across the league.

“The play is never dead,” the Chiefs’ All-Pro tight end, Travis Kelce, said. “He can find new ways to get you the ball. It may look like a screwball, a slider here or there, but it’ll get to you eventually.”

Mahomes is the sixth straight quarterback and 11th in the past 12 years to win league M.V.P. No Kansas City player had won the award since the Chiefs joined the N.F.L. in 1970.

Rams defensive tackle Aaron Donald, who will play in Sunday’s Super Bowl against New England, took his second straight Defensive Player of the Year Award. Chicago’s Matt Nagy, in his first season with the Bears, was voted coach of the year. Colts quarterback Andrew Luck was chosen the comeback player of the year, following a lost 2017 season to a shoulder injury with a sensational 2018 campaign.

For his work as defensive coordinator of the Chicago Bears, Vic Fangio got the head coaching gig in Denver. He was also named the assistant coach of the year.

Earlier Saturday, eight people were voted into the Pro Football Hall of Fame. They were led by Tony Gonzalez, the 6-foot-5 tight end who was known for celebrating touchdowns by “dunking” the football over the crossbar. 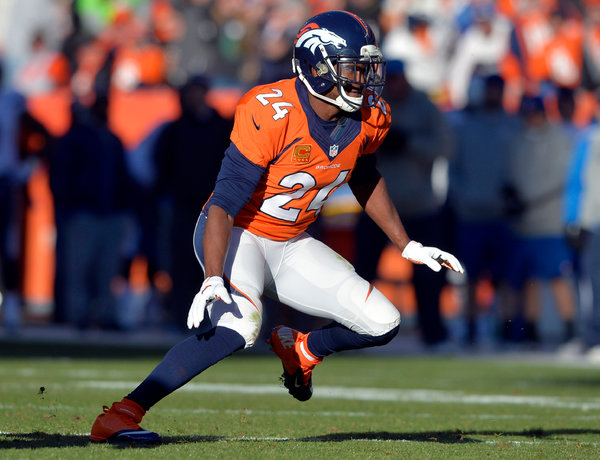 Joining him were two other first-time nominees, the defensive backs Champ Bailey and Ed Reed; another defensive back, Ty Law; and center Kevin Mawae. It is the first time more than two defensive backs made it in the same class. The Broncos owner Pat Bowlen made it in as a contributor, as did the former Cowboys and N.F.L. executive Gil Brandt. Defensive back Johnny Robinson of the 1960s-era Chiefs was the senior selection.

The most productive pass catcher at his position over a 17-year career, Gonzalez caught 1,325 passes (second in N.F.L. history) for 15,127 yards (sixth) and 111 touchdowns. He was a six-time All-Pro, made 14 Pro Bowls, and his 916 catches with the Chiefs set one of 22 franchise records he held upon his retirement.

He will enter the Hall this summer alongside three players who spent parts of their careers trying to stop him.

Bailey played 15 years — five with Washington, then 10 more with Denver after the Redskins swapped him for Clinton Portis. Like many of the best cornerbacks, he did not rewrite the record book, partly because he was considered for a time the best cover guy in the league and quarterbacks did not want to test him.

Still, he made three All-Pro teams, 12 Pro Bowls and 52 interceptions. His best-remembered pick was a 103-yard return against Tom Brady in the 2006 playoffs that did not go for a touchdown. Denver did score shortly afterward, though, on the way to the win. Eight years later, Bailey made his only Super Bowl.

Reed won his only title in the 2012 season, his last with the Ravens. Running the defense from his safety position, he was a standout playmaker on a roster full of them — including Ray Lewis, Terrell Suggs and Peter Boulware. Reed finished his career with 64 interceptions, and led the league in picks three times.

Law was a lot like Bailey; quarterbacks avoided him. He finished with 53 interceptions and three Super Bowl rings, all with the Patriots. When New England beat the Rams for its first title in 2002, Law returned an interception 47 yards for a score that gave the Patriots the lead in the second quarter; they did not trail after that.

Mawae, a second-round draft pick in 1994, played 16 seasons for the Seahawks, the Jets and the Titans. He made three All-Pro teams and joins Mike Webster, Dwight Stevenson and Jim Otto among the few true centers in Canton, Ohio.

Mawae earned a spot some thought might go instead to Jaguars left tackle Tony Boselli. But for Boselli, Edgerrin James, John Lynch, Richard Seymour and six others, it’s wait till next year.

Bowlen goes in after what some believe was a longer-than-necessary wait. He now has Alzheimer’s disease, which has put the future of the Broncos’ franchise on uncertain ground. He was key in securing the N.F.L.’s future via a number of multibillion-dollar TV contracts. The Broncos have largely prospered during his tenure, winning more than 60 percent of their games. That included the 1998 Super Bowl, when the owner famously shouted, “This one’s for John” — a tribute to John Elway winning his first title.

Brandt spent 29 years with the Cowboys, where his keen eye for talent helped turn Dallas into “America’s Team.” He chose eight future Hall of Famers, including Troy Aikman, Roger Staubach, Bob Lilly and Bob Hayes. He employed computers for evaluating talent and came up with psychological tests for draft prospects.

Robinson was chosen by the Dallas Texans in the first A.F.L. draft. The Texans became the Chiefs, and the Chiefs became Super Bowl champions. A teammate of his, the Hall of Fame linebacker Willie Lanier, said Robinson was the key to a defense that helped Kansas City to two A.F.L. titles, each of which landed the Chiefs in the Super Bowl.