Canterbury coach Dean Pay believes his team showed enough improvement during the final six weeks of their NRL regular season to suggest a finals return in 2019.

Pay was in danger of finishing with the wooden spoon in his first year in charge after the Bulldogs won just four of their opening 18 games. 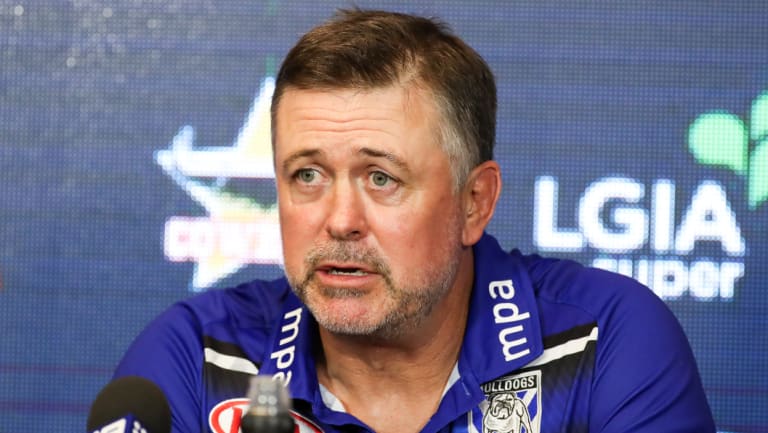 But led by senior players Josh Jackson and David Klemmer, as well as the emergence of youngster Lachlan Lewis, the Bulldogs finished with four victories in their final six games.

Their 12th-placed finish was one spot lower than last year, when coach Des Hasler was sacked despite having more than two years left on his contract.

Pay insists the recent signs point to a possible return to the top eight next year.

"That's what we're aiming to do. We want to build into our pre-season off the back of what we've done over the last six-to-eight weeks," Pay said.

The former Bulldogs forward said the squad would be buoyed by an injection of recruits during the summer, including Penrith pair Corey Harawira-Naera and Christian Crichton.

The players begin off-season training on November 1 with the of aim avoiding a third straight finals absence for the first time in more than 50 years.

Pay credited his nucleus of Jackson, Klemmer, Aidan Tolman and Adam Elliott for keeping the playing group upbeat despite a disappointing campaign.

"We've competed really hard each and every week. We've missed out by not too many points on a number of games. We're really excited about what we can do next year."