Canberra Raiders coach Ricky Stuart has hit out at the "weak people" whose abuse has driven NRL referee Matt Cecchin from the game.

Former referees boss Bill Harrigan added Cecchin's decision to retire at the end of the season wasn't purely based on the abuse and death threats he's received, but also the unhappy environment in the referees department.

Harrigan said they needed to go back to the basics and suggested Greg McCallum should come in and retake the helm. 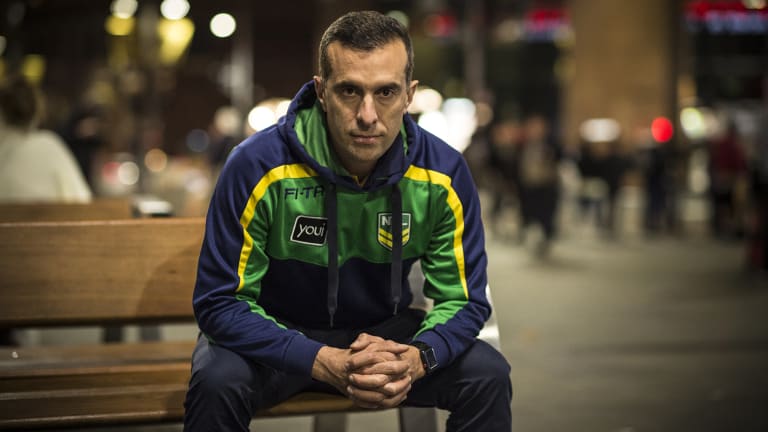 Raiders coach Ricky Stuart says the people whose abuse has driven NRL referee Matt Cecchin out of the game are “weak”.

Cecchin will referee his 300th NRL game when the Raiders take on Penrith at Panthers Stadium on Sunday.

Fairfax Media revealed Cecchin would hang up the whistle at the end of the season due to the abuse he's received, especially after the World Cup semi-final between Tonga and England when both he and his family received death threats and he was given a police escort home from New Zealand.

It's taken a toll on his mental health and he's decided to walk away from the game where he's widely regarded as one of the best referees in the business.

"The mental problems we're talking about today is real and it's something with so much scrutiny nowadays on people, individuals handle it differently," the Raiders coach said.

"And unfortunately our positions are very high profile and they're going to come under abuse.

"Criticism is one [thing], abuse is another and they're very, very weak people who want to abuse people who are in charge."

Stuart reiterated he felt sorry for the referees and the tough job they have to do.

He revealed he's constantly in contact with not only them but referees boss Bernie Sutton as well.

"People don't understand the behind-the-scenes communications I have with the referees' bosses and the referees," Stuart said.

"I think I have constantly said for the past two or three years, 'I feel sorry for our referees', because they have been at times given a job that is I believe nearly impossible to get right.

"There's going to be one or two or three big mistakes in every game of football, but then players' and coaches' livelihoods are on the line and people are very reactive in regard to their emotions after a game."

Harrigan said the reasons behind Cecchin's decision to retire went beyond the abuse and death threats on social media.

He said the culture inside the referees department also played a part, with the referees' confidence and moral at a low due to the negative upraisals they get.

One of the best rugby league referees ever, Harrigan said the NRL needed to put a broom through the hierarchy and start again.

Harrigan was in Queanbeyan for the launch of the "Pie in the Sky" charity match on Friday, which will be held at Seiffert Oval on September 28.

He'll referee the game, which will help raise money for Treehouse and the Yvonne Cuschieri Foundation.

"It's the game's loss … [but] there's a hell of a lot more to it that he's not saying and that is he's disillusioned with the way the referees have been run at the moment," Harrigan said.

"He's been pushed aside, there's no morale, the referees have lost their confidence and it's not a happy environment and he doesn't want to be any part of it.

"You've got to put a broom through the joint, you've got to get rid of the current hierarchy there because they are not wanted by the referees.

"The only way to fix it is to bring somebody in there that will go back to basics … Greg McCallum wants it … and he will take them back to basics."