Home » Sport » Rangers cause a boilover after beating Fire in Townsville

Dandenong Rangers made a loud entry into the WNBL season with a shock victory over reigning champions Townsville Fire in Townsville on Sunday.

The Rangers showed they have a balanced offence and a point to prove winning the third term 23-13 and continuing on in the fourth quarter to win 73-68. 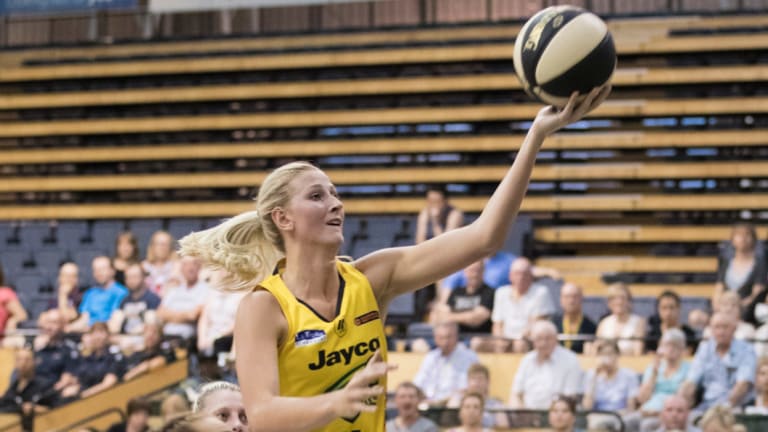 Rangers guard Bec Cole led her side with 18 points, while new import Betnijah Laney was also outstanding with 16 points, 12 rebounds and five assists. Another significent factor in the win was that the Rangers kept Fire star Suzy Batkovic under control, as she scored 20 points on nine of 23 shooting while pulling in 16 rebounds.

New Ranger Rachel Jarry came up big for her club in the final seconds, pulling in a key defensive rebound and knocking down two free throws to seal the win.

Earlier in the round the Bendigo Spirit caused an upset of their own, beating Melbourne Boomers 82-72 at the State Basketball Centre on Saturday night despite being without injured Canadian point guard Jamie Scott and centre Louella Tomlinson.

Spirit coach Simon Pritchard knows his side has a head-start on higher profile teams who lost players to the FIBA Women's World Cup, while the Spirit were able to spend a full preseason together.

Pritchard said it was clear the Spirit’s chemistry and understanding gave them an advantage, but the Boomers would catch up quickly as their star signings Steph Talbot, Ezi Magbegor, Cayla George and import Lindsay Allen would mesh together quickly.

“When we play the Boomers in six weeks time that will not be the same team,” Pritchard said.

“What you saw was the benefit of team work as that was our ninth game together, when we play Melbourne after their ninth game it might be a slightly different game as they will be a great team.”

Former Nunawading junior Marena Whittle starred for the Spirit with 21 points in what was the 24-year old’s first WNBL game after working up through the SEABL ranks.

“Marena was particularly good in physical situations tonight – she gives us a little crunch that we lost with Kelsey Griffin going,” Pritchard said.

Scott will likely miss the first month of the season with a foot injury suffered during Canada’s FIBA Women’s World Cup campaign and the Spirit are still assessing their options on whether they wait for her to regain fitness or replace her.

“We can only be concerned with the players we have with us,” Pritchard said.

“She has an injury and won’t be out here for a little while so I have to rely on the girls I have here, the good side is that Cassidy McLean gets accelerated in her learning, Courtney Wragg has been amazing in pre-season and their improvement has been astronomical.

“We are a quality team, we have done a lot of group dynamics work, not just basketball work and that relationships work stood out tonight.”

The Boomers host Canberra Capitals in Geelong on Friday at 7.30pm while the Rangers host Sydney University Flames at Dandenong Stadium on Friday at 6.30pm.

The Sprit host the Rangers at Bendigo Stadium on Saturday at 7pm.