Home » Sport » Roosters wanted Cornish to stick around in NRL

The Sydney Roosters offered half Mitch Cornish a new contract, but the Goulburn product felt the time was right to return home and begin the next phase of his life.

Even the lure of continuing to work with one of the best halfback's in the game, Cooper Cronk, couldn't keep the 25-year-old in the NRL.

He wanted to come home at the end of last season, but Roosters coach Trent Robinson convinced him to hang around for 2018. 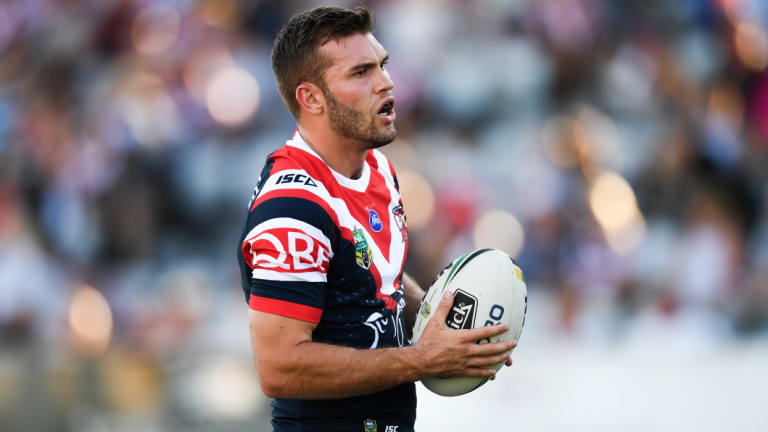 The Sydney Roosters wanted half Mitch Cornish to stick around next season.

Now Cornish has drawn the curtain on his NRL career after 20 games – 15 across two seasons with the Canberra Raiders and another five during two years with the Roosters.

The draw of returning to Goulburn, where both he and his partner are from, was too great.

With two young children, and a third on the way, it was time to get closer to family and begin a career.

"I had a chat with Trent Robinson and when we spoke about whether I wanted to re-sign with the Roosters or not I thought it was going to be best for me and my family to move home and finish up with professional footy," Cornish said.

"After this year I didn't not enjoy it, I just didn't have the love for the game like I used to.

"I was going to do it the year before, but Trent convinced me to stay on another year."

Cornish played just the one NRL game this season, spending most of his time with the Wyong Roos in the NSW Cup.

That game was at five-eighth, alongside Cronk – the man the Roosters brought from the Melbourne Storm to turn minor premierships into premierships.

"As good as it was and I learnt a lot off Cooper on and off the field, he was definitely a great guy to learn off – so professional and one of the best in the game at my position especially," Cornish said.

While Cornish's time in the NRL has come to an end, he'll continue to play the game and will get the chance to play with his two brothers, Tyler and Nick, for the first time.

There's a four-year gap between Cornish, the eldest, and Nick, the youngest, which meant while he's played with Tyler, he's yet to run out with his other brother.

That's set to change with all three to team up with the Goulburn Bulldogs in the Canberra Raiders Cup next season.

"It's been pretty exciting for everyone. I think mum's pretty happy to have us all home and in the one team," Cornish said.

"It'll be a lot easier to go watch us all on the weekend now – instead of travelling all over NSW."