JADON SANCHO was struck by a lighter thrown from the crowd during Borussia Dortmund's game with Schalke – moments after becoming Europe's assist king.

The Dortmund star, 19, was struck after the object was thrown at him by angry away fans during the first-half of the game. 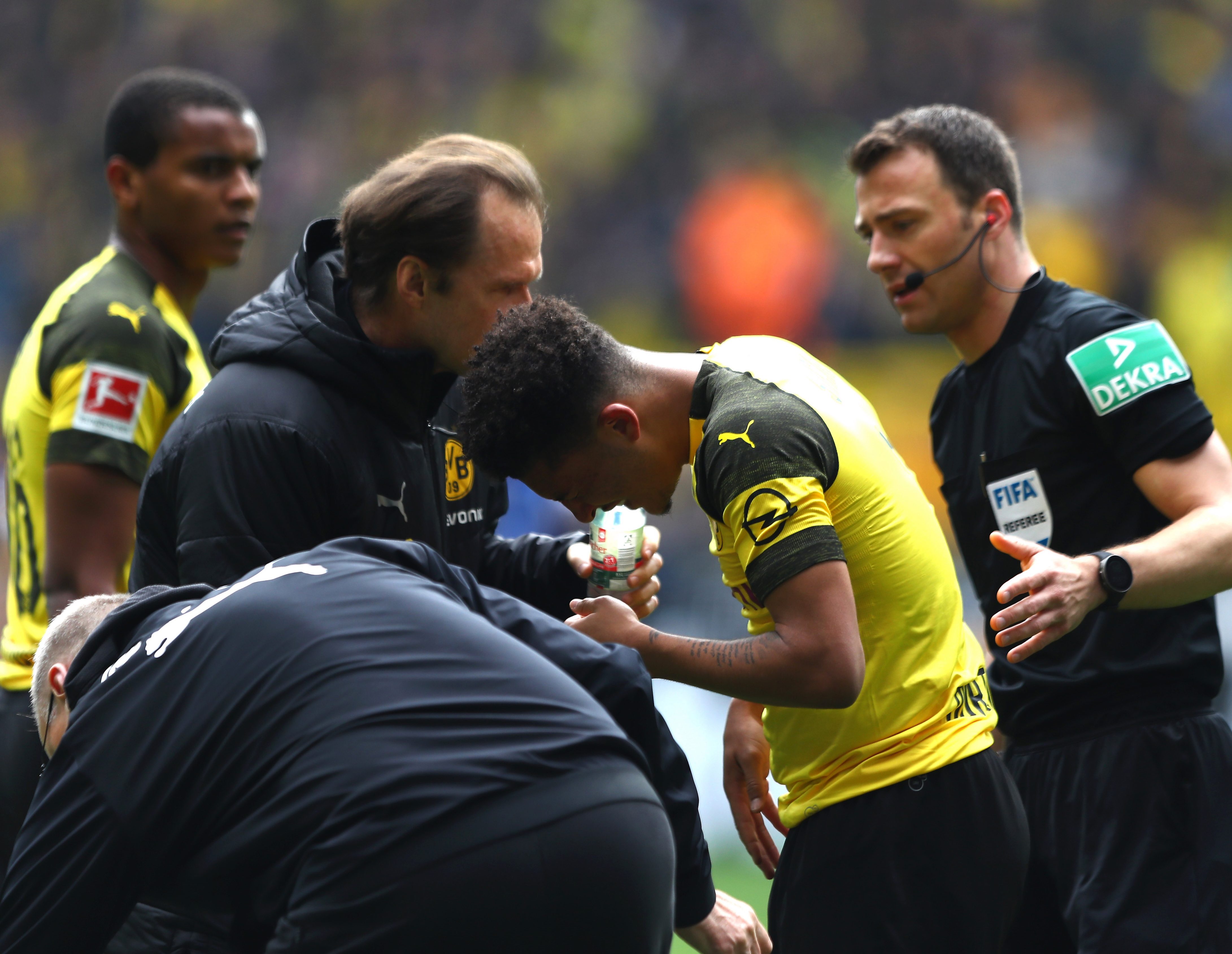 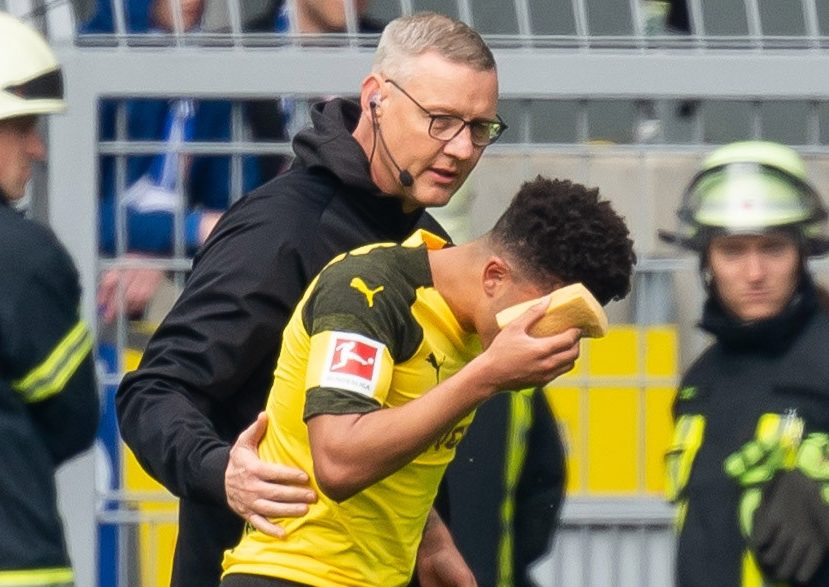 Sancho had just assisted Mario Gotze to score the game's opening goal with a clever lofted pass, headed home by the German.

While celebrating the goal, Sancho was struck in the head by a lighter thrown from the Schalke end.

The England star was visibly in pain and was given the old magic sponge treatment by Dormtund's physio.

It proved to be a bitter-sweet moment for Sancho, whose ecstasy turned to agony after becoming Europe's assist king.

Going into the game, Sancho was level with Lionel Messi and Eden Hazard on 13 assists in the league this season.

But the former Watford and Manchester City star made it No14 for the season – and equalled a European record in the process.

In reaching the milestone, Sancho drew level with Frank Lampard in most assists in one of Europe's "Big Five" leagues in a single season.

Sancho still has five more games after the home clash with Schalke to improve on that record, too… 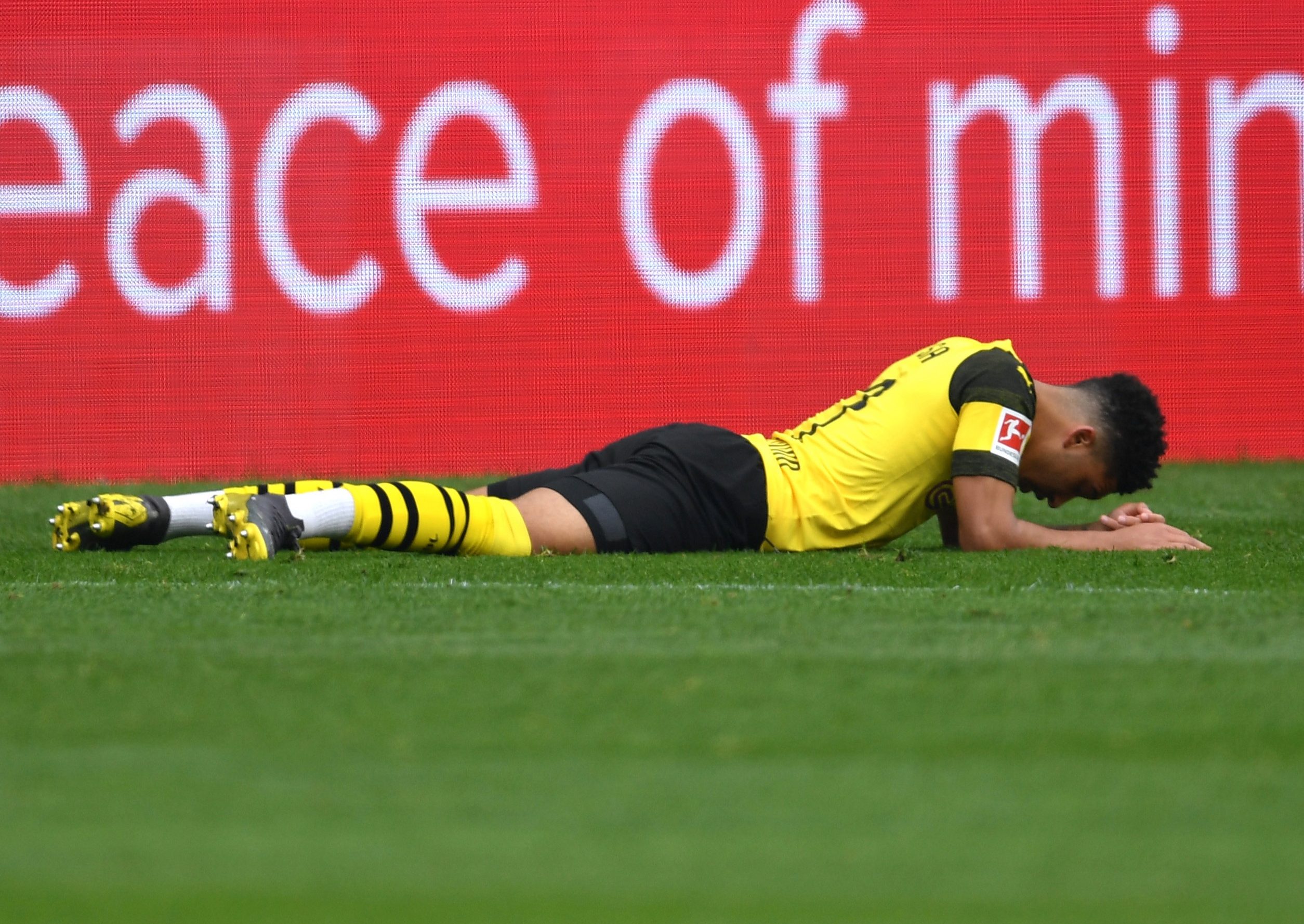 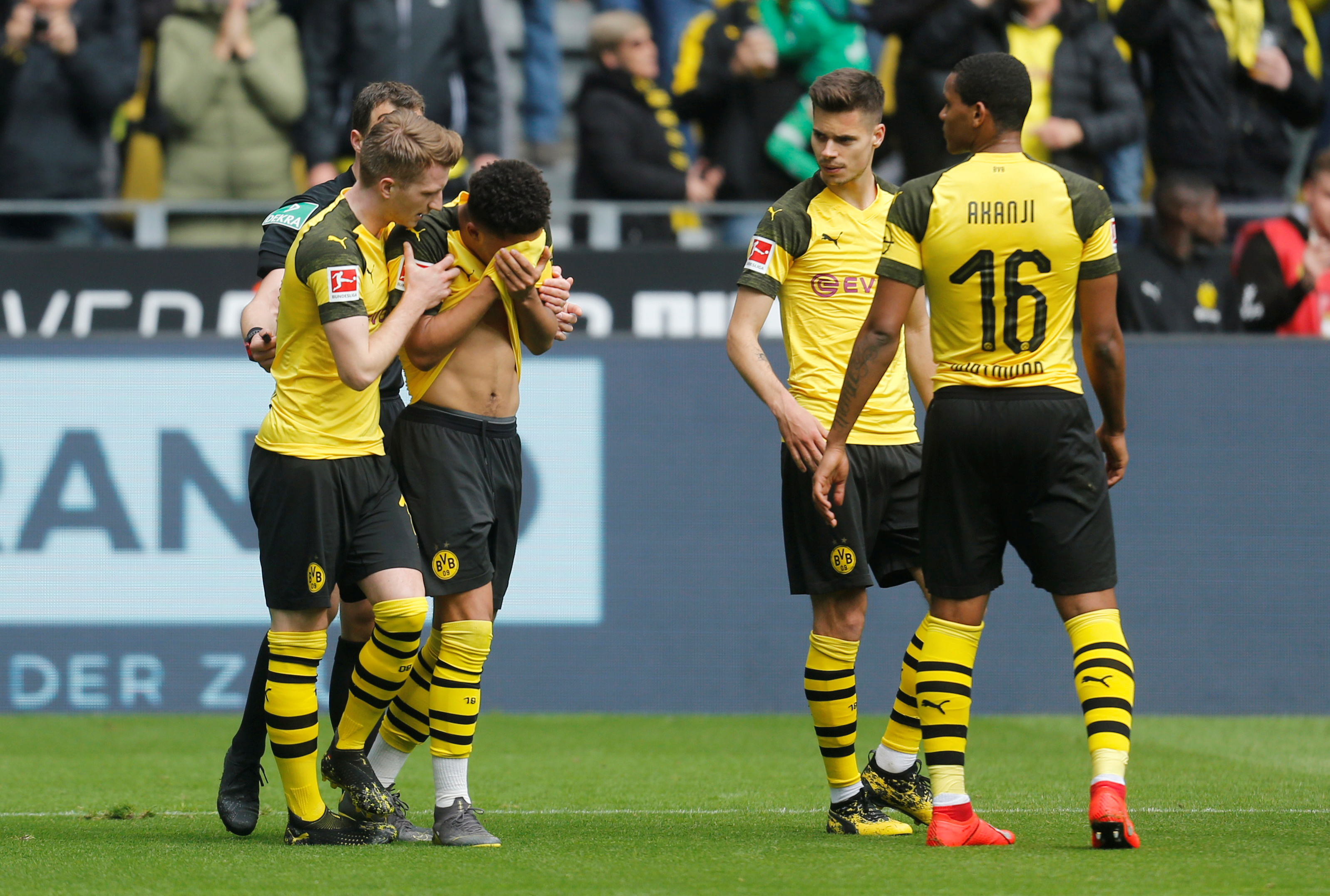