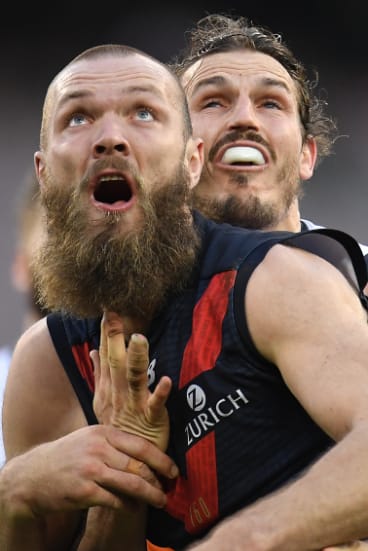 The first priority of a football club each season is to win enough games to play finals. Once that happens, or looks certain to happen, the players and coaching staff start to plan for the "real" season that begins in September, and how it may look.

It’s not an exaggeration to say that the finals is a whole new season. Coaches weight their performance in September more heavily than the six months before it. They will have taken time at the back end of the season to remove themselves from the focus on the next match to look at what September might entail.

West Coast and Richmond, by their brilliant efforts throughout the home and away season, have earned the advantage of home finals. Because they became likely finalists earlier than other teams, they would have dominated the  thoughts of opposition coaches as they began to plan for September. As a result, the scheming against these two clubs may be slightly more sophisticated than against the other teams in the top eight.

It’s not just coaches who feel the pressure of September. For individual players, a poor finals series in an unsuccessful side will dwarf the importance of their own form in the home-and-away season. From what I’ve observed, players who perform consistently in September have a mindset whereby the second half of the regular season is a pre-season for the finals. They might focus on getting right one area of their game before September, or may commit to more sacrifices – usually with more mental benefit than physical – or maybe negotiate with fitness staff about how their training volumes can peak so that they’re at optimum fitness come September.

One player who impresses me with his ability to stick to a plan that has transformed him into one of the very elite players in the competition is Max Gawn. At 26, coming into his first finals series, he looks like someone who puts a lot of thought into how he can continue to maximise his impact on games. 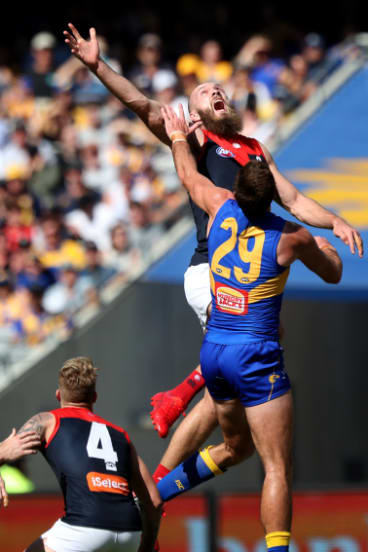 Gawn gets the better of West Coast’s Scott Lycett.

His running power this year, after losing around 10kg over summer, has been a key driver in his improvement. At the back end of the season, particularly against Rory Lobb from GWS, he used this running power both to attack and defend. Earlier in the season, after Jake Lever’s knee injury, Gawn spent a lot of time behind the ball, providing aerial support for his defenders. He did this well, but not having him forward of the ball so much reduced the damage he could do with his possessions. Assisted by the move behind the ball of Bayley Fritsch, who’s helped with intercept possessions, Gawn has been free to create more balance in his game and take more marks in Melbourne’s forward half. In the absence of Jesse Hogan, this balance in Gawn’s game is of the utmost importance to Melbourne.

Increasing the potential impact Gawn could have on Friday night’s game is the fact that Geelong’s ruck stocks have taken a hit, reduced by injuries, form and inexperience. It is possible that Mark Blicavs will be the unlikely option to take on the Melbourne big man in the ruck. Whoever lines up against Gawn, big Max will be either be too tall, too strong or have too much endurance.

Everyone at Melbourne, including Gawn himself, would know just how powerful an impact he could have on Friday night's game. For a player’s mindset, this can sometimes be dangerous, particularly if you don’t start the game well. It’s important to centre your expectations as a player on how hard you want to work, not how much of an impact you expect to have on the game.

One thing I’m always aware of when watching finals football is the number of skill errors, due to the increase in pressure teams put on the ball user, leaving him with limited time for decision-making. Gawn and his teammates, who haven’t played finals before, need to understand that there’ll be plenty of time to analyse the game and any mistakes in it during the week. That will be key to making sure one skill mistake doesn’t turn into something bigger. Witnessing senior players bouncing back unaffected by mistakes can be every bit as comforting to a younger player as watching them execute a skill flawlessly under pressure.

From body language, to performance, you get the impression a lot will be asked of Gawn this September. But few players look better equipped to answer the call.