If Louise Burrows had any plans to hang up the boots, a stint in the thrill-a-minute sevens format quashed them in an instant.

Burrows has swapped her role as a University of Canberra squad member for the strength and conditioning gig during this weekend's leg of the University Sevens Series in Brisbane. 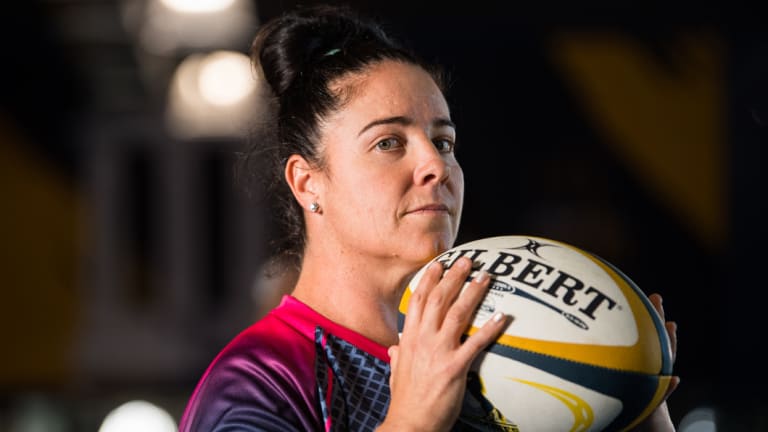 The 40-year-old has played at four World Cups but missed out on Wallaroos selection this year after coach Wayne Nester opted to focus on youth.

The call left Burrows "absolutely gutted" but now a stint on the coaching staff in Canberra's firing sevens program has taken her back to her days at the AIS and revitalised the veteran hooker.

"For me, sevens has been really nice having missed out on Wallaroos selection," Burrows said.

"It’s been nice to change things up a bit, and it’s a bit of a different group of girls. It is quite different in training, there’s a lot more running which is different to 15s for me being in the front row.

"[I'm] just mixing it up a little bit. Hopefully it can add a new dynamic to my 15s game, having been involved with the sevens.

"My intention is to keep playing, I’ll take each year as it comes, and obviously enjoyment is a huge factor in playing rugby, especially with the commitment level we have to have at Super W level or with sevens.

"As long as I’m enjoying it, and the body is cooperating, I’ll keep playing. At the moment it is ticking all the boxes, I feel fit and strong and well.

"I’m having fun and I’ve got great support for my family as I always do. I’ll keep going."

Canberra opened their weekend with a 12-5 defeat at the hands of Bond University before rebounding to claim a 24-14 win over Macquarie University in their second match of the series on Saturday. 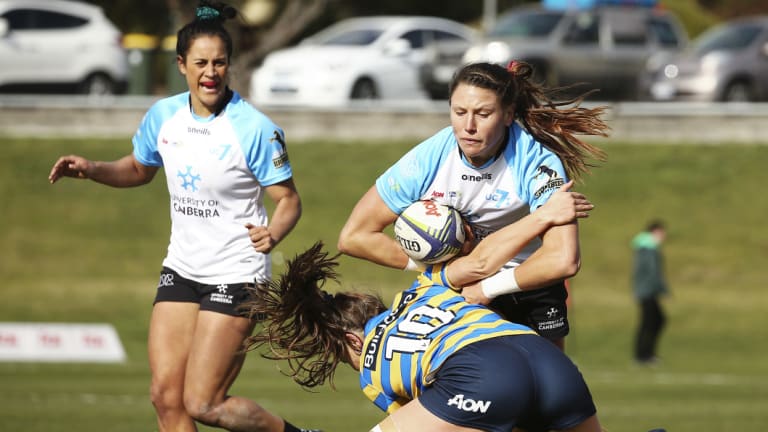 Things only got better from there as Canberra brushed past Mahalia Murphy and the University of Adelaide with a 24-7 victory.

Now Dave Grimmond's side has set its sights on a date with Sydney University in their final pool match on Sunday before the semi-finals kick off.

And finally, rivals are standing up and taking notice.

"In this competition, you might think because of the last tournament a team is really strong. But coming into each game, you never know with sevens what to expect," Burrows said.

"One little thing can really change. After [Saturday’s] performance, I think they might actually stand up and take a little bit more notice of us and maybe realise we could be a real threat going into the finals."