NRL CEO Todd Greenberg has reminded players of the perils of social media and called for patience as the integrity unit investigates the South Sydney sexting scandal.

The Rabbitohs preparations for the grand final qualifier against the Roosters have been overshadowed by allegations Souths players were involved in a lewd video chat in May. The woman at the centre of a complaint made to the media is overseas and so far unwilling to be interviewed by investigators, although the integrity unit will leave the door ajar for her to come forward should she choose to do so in the future. 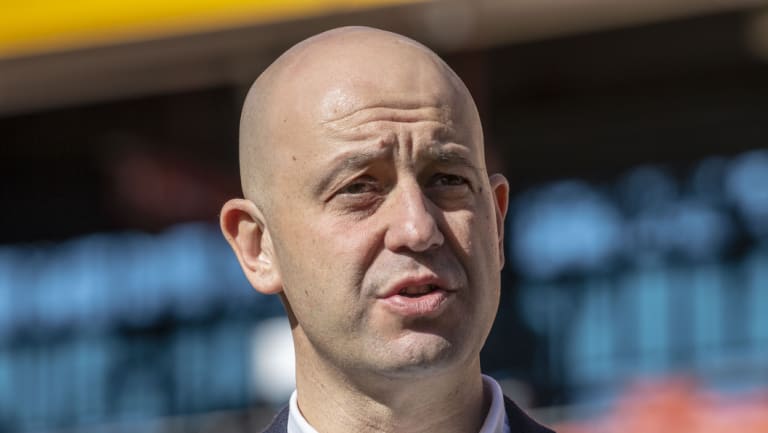 It was hoped that matter would be resolved before Saturday’s blockbuster clash, allowing the NRL to stand down players, if it saw fit, before the game. However, there is a chance the probe could run into grand final week, taking the focus of the marquee match of the season.

League players got another reminder of the dangers of social media earlier this week when Manly teen Manase Fainu pleaded guilty to filming a sex act without consent. He escaped without a conviction after fronting at Fairfield Local Court.

Greenberg said all league stakeholders had to be aware of the pitfalls of social media.

“I make this comment regularly in visits to clubs, players, boards, CEOs, coaches – that social media can be a great advantage for our sport,” Greenberg said.

“It can be a great advantage for athletes and all of us to use our message wisely.

“But it comes with great risks and all of us need to be very careful.”

Greenberg said he hoped the Souths matter would be finalised as soon as possible, but stressed the investigation wouldn’t be rushed.

“It will be completed as quickly as possible,” he said. “Like I say on many occasions, we need to do it thoroughly and professionally.

“That means talking to a number of people, so I won’t put a timeframe on it. But my desire is to get it done as quick as possible.”

The NRL has been rocked by a series of off-field dramas just when the focus should be on the finals. The Souths incident comes on the back of Canterbury’s Mad Monday antics and an investigation into Cronulla’s salary cap management.

Greenberg refused to provide any details into the Rabbitohs matter until the investigation was complete.

“You can never control the timing. You have to allow the process to run its course,” he said.

“I know sometimes that frustrates people because people want things to get done quickly. No one wants to get it done quicker than I do.

“But we want to get it right and deal with all the information and that takes time.”

The NRL trumpeted a 3.5 per cent growth in league participation this year, which included 36,900 people playing the game for the first time. For the first time in five years, the NSWRL figures grew, up 5.5 per cent.